Toxins in marijuana smoke can be harmful to health, a study finds 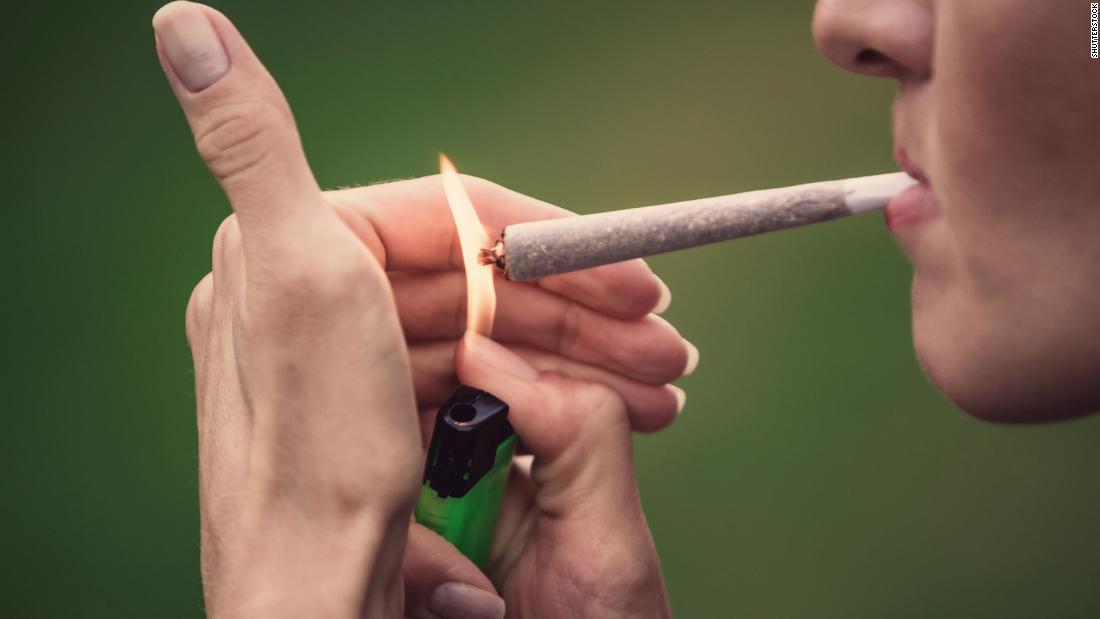 People who smoked marijuana alone had higher levels in their blood and urine of several smoke-related toxins, such as naphthalene, acrylamide and acrylonitrile, than non-smokers, according to a study published Monday in the journal EClinicalMedicine.

“Marijuana use is on the rise in the United States with a growing number of countries legalizing it for medical and non-medical purposes – including five additional states in the 2020 election,” said senior author Dr. Dana Gabuzda, chief researcher in cancer immunology and virology. at the Dana-Farber Cancer Institute in Boston, in a statement.

“The increase has renewed concerns about the potential health effects of marijuana smoke, which is known to contain the same toxic combustion products found in tobacco smoke,”

The new study presented data from three studies of 245 HIV-positive and HIV-negative participants. The researchers say they chose to study people with HIV infection because of the high prevalence of smoking and marijuana smoking, typical of this population.

Medical records are compared with blood and urine samples of various chemicals obtained from the breakdown of nicotine or the burning of tobacco or marijuana.

Smokers of tobacco and tobacco with marijuana have higher levels of naphthalene, acrylamide and acrylonitrile than smokers with marijuana alone. Tobacco smokers also have elevated levels of a chemical called acrolein in their blood and urine. Acrolein is a known factor in cardiovascular disease in tobacco smokers.

However, marijuana smokers did not have higher levels of acrolein in their bodies.

“This is the first study to compare exposure to acrolein and other harmful chemicals associated with smoke over time in exclusive marijuana smokers and smokers and to see if those exposures are linked to cardiovascular disease,” Gabuzda said.

Acrolein is a chemical with a burnt, sweet, pungent odor created by burning fuels such as gasoline or oil and organic substances such as tobacco. The chemical is not added to cigarettes; Acrolein is produced by burning the sugars present in tobacco when smoked.

Short-term exposure to acrolein may cause upper respiratory tract irritation and congestion. At extreme levels, it can be toxic to humans after inhalation, oral or dermal exposure, according to the US Environmental Protection Agency.

While weed smokers had higher amounts of naphthalene, acrylamide and acrylonitrile in their blood and urine than non-smokers, even higher levels were found in people who smoked tobacco or a combination of marijuana and tobacco.

Acrylamide is a chemical used to make paper, plastics and dyes, but it is also produced when vegetables such as potatoes are heated to high temperatures. It is also a component of tobacco smoke.

“People are exposed to significantly more acrylamide from tobacco smoke than from food. People who smoke have three to five times higher levels of markers for acrylamide exposure in their blood than non-smokers,” the National Cancer Institute said.
According to the American Cancer Society, the International Agency for Research on Cancer classifies acrylamide as a “likely human carcinogen,” while the U.S. National Toxicology Program says it is “reasonably expected to be a human carcinogen,” based on studies on animals.
Acrylonitrile is commonly used in the plastics and fiber manufacturer. “Cigarette smoking can be a significant source of indoor air pollution with acrylonitrile,” according to the World Health Organization.
Symptoms of acrylonitrile poisoning include “limb weakness, difficulty and irregular breathing, dizziness and impaired judgment, cyanosis, nausea, collapse and convulsions,” U.S. Environmental Protection The agency said. And “a statistically significant increase in the incidence of lung cancer has been reported in several studies of chronically exposed workers.”

The EPA classifies acrylonitrile as a “likely human carcinogen.”

Naphthalene, used in naphthalenes, can cause “headache, nausea, vomiting, diarrhea, malaise, confusion, anemia, jaundice, convulsions and coma,” according to the EPA.
The highest concentrations of naphthalene in indoor air are observed in the homes of cigarette smokers, according to the Centers for Disease Control and Prevention in the United States.

The United States is expected to have 500,000 deaths from COVID-19 by February, warns CDC official

Most Americans say coronavirus pandemic out of control, poll found after ABC