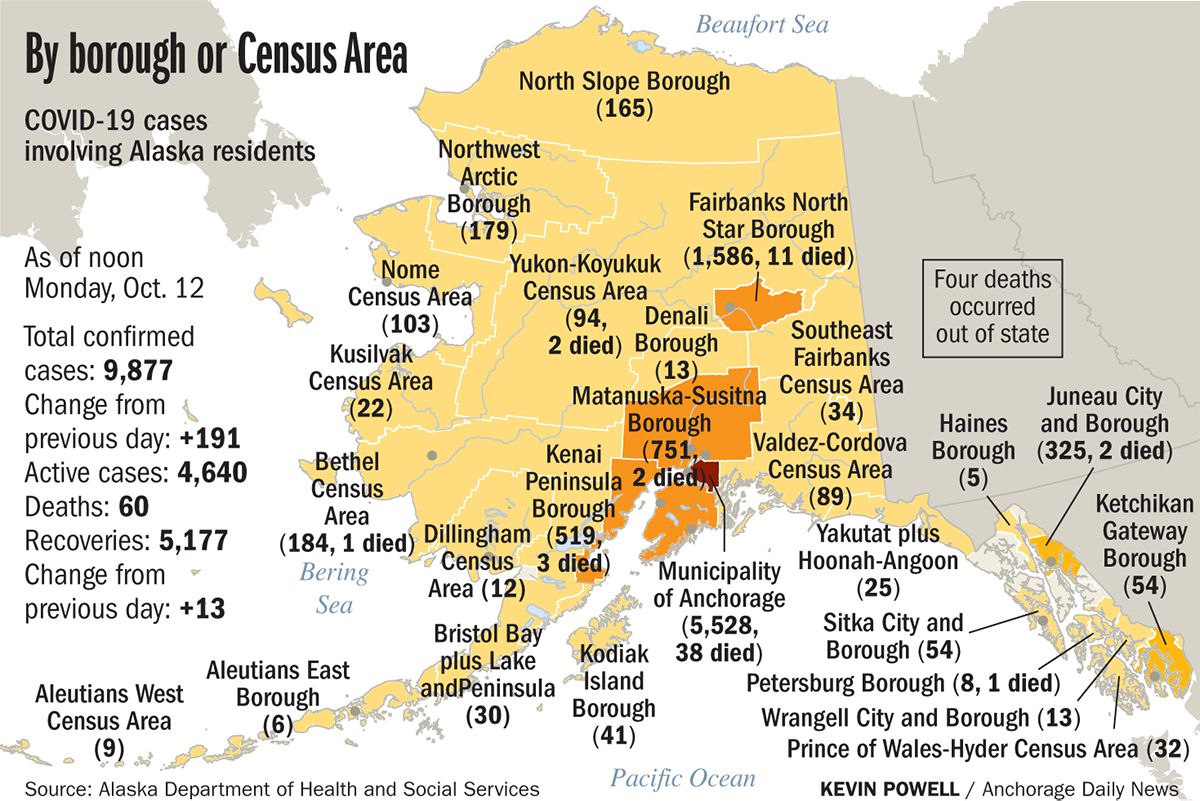 We make this important pandemic information available without a subscription as a public service. But we depend on the support of readers to do this job. Please consider joining others in support of independent journalism in Alaska for just $ 3.23 a week.

Alaska reported 197 new cases of COVID-19 in Alaska on Monday and no new deaths, according to the Department of Health and Human Services’ COVID-19 board.

The report saw a drop from the record highs set on Saturday and Sunday, when 249 cases were reported. Government officials warn that the high daily number is expected to continue due to the widespread spread of the virus in the community, especially in Anchorage, Fairbanks and the northern communities.

Highs on Monday marked the 19th consecutive day in which cases in Alaska shifted to three figures, rising through the wave in July.

Sixty Alaskans have died of COVID-19 since the beginning of the pandemic here in March. Still, the death rate in the state’s 100,000 population remains the lowest in the country.

As of Monday, 36 people have been hospitalized with COVID-19 in the state, while 14 other hospital patients have been waiting for test results, according to state data.

From the new cases, it was not clear how many patients showed symptoms of the virus when tested positive.

Of the 191 new COVID-19 cases involving residents, 108 were in Anchorage, including two in the Alien and eight in the Eagle River; one was in Kenai; one was in Cordoba; 42 were at Fairbanks and five were at the North Pole; six were in Palmer and four were in Basil; one was in Nome; six were in Utyagvik; six were in Kotzebue; and three were in Juneau.

Among communities smaller than 1,000 that have not been identified for privacy protection, there was one case in the Yukon-Koyukuk census area; one in the northwestern Arctic; and three in the Bethel census area.

Six cases of non-residents were reported on Monday: two in Anchorage; one in Haynes; and three classified as unknown sites.

The state’s positive test on Monday was 4.6% above the seven-day moving average. The rate reflects the number of positive results divided by the total number of tests performed. Health officials say levels above 5% may indicate that communities are not doing enough testing.

An epidemic from the health department in 4, but another 53 positive in Albany