Trent Williams says Washington's detention was for fear of cancer 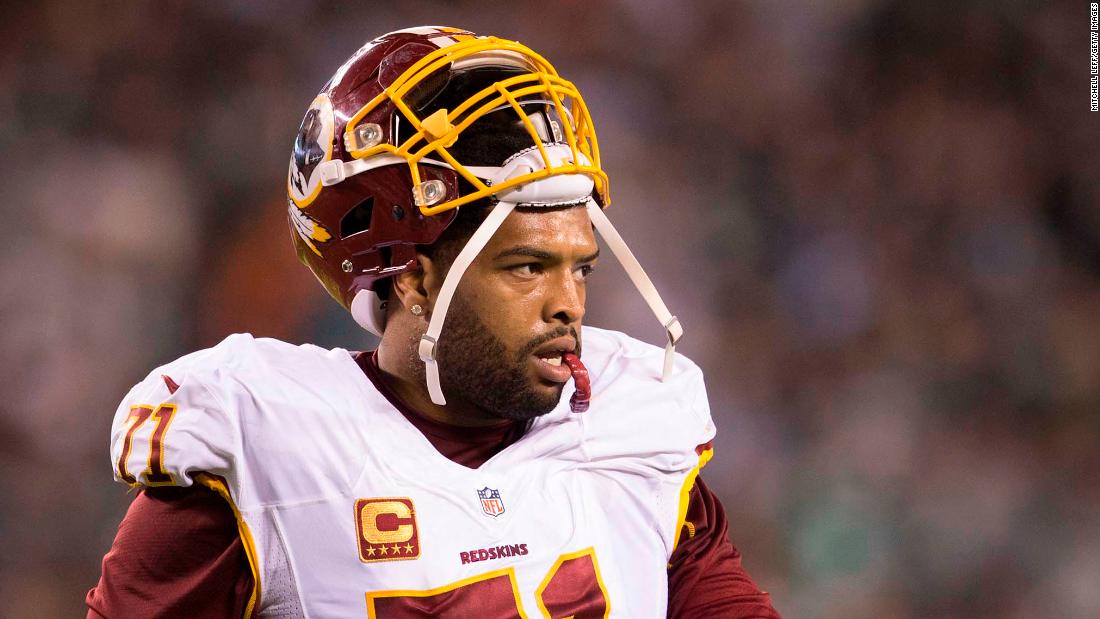 "It was cancer," Williams said Thursday. "I had cancer. I had a tumor removed from my skull attached to my skull. It got pretty serious in a second. I was told some terrible things by the doctor. There was definitely nothing to play, one of the things that changed my mind about life." [19659002] According to ESPN, Williams, speaking to reporters gathered in his locker, stated that he had been diagnosed with a form of cancer called dermatofibrosarcoma protuberans (DFSP). According to the report, Williams did not name any of the medical staff on the team that he believed were responsible. He also wouldn't say if he ever plays again for the team this season.

Williams was asked by a reporter about this when he first approached a Washington team doctor about it: "Probably like six years ago," he said.

It was really happening there, "Williams said." Football was more important and I want to say it was more important to me. They told me it was something secondary so I didn't really question it. But, I want to to say, the lump continued to grow over the years. It was worried, but there was no pain. If many people to whom I put my career tell me, they tell me I'm fine, then I'm fine. This is how I looked at it. "[1

"We literally caught him within weeks of metastasis to my brain, to my skull," said Williams, according to ESPN history. "His removal was the only thing they could do. Doing radiology on it would put a lid on my life. I think 15 years was the most I would have had after starting chemotherapy. That's why I had to cut it. "[19659004] According to ESPN history, Williams failed to cope with his physics on Tuesday because wearing a helmet causes discomfort to his scalp, which remains sensitive from surgery.

ESPN history says Williams said he endured it in June because he was upset by medical staff, in addition to a team that doesn't give him more guaranteed money in the last two years of his contract.

Despite speculation that he may to be handed out, the team does not trade Williams until Tuesday at 4pm auction .

In a statement Thursday, the team stated that "it requested the NFL Board of Directors to convene a joint commission with the NFLPA to review the medical records and medical care provided to Trent Williams.

" We have requested this review under the Collective Agreement of the NFL Collective Bargaining, which provides for independent review by a third party of medical assistance for every NFL player, Red skin continues to prioritize the health and well-being of our players and staff. Due to health and privacy rules, we are currently unable to comment anymore. We look forward to the results of the Joint Committee. "