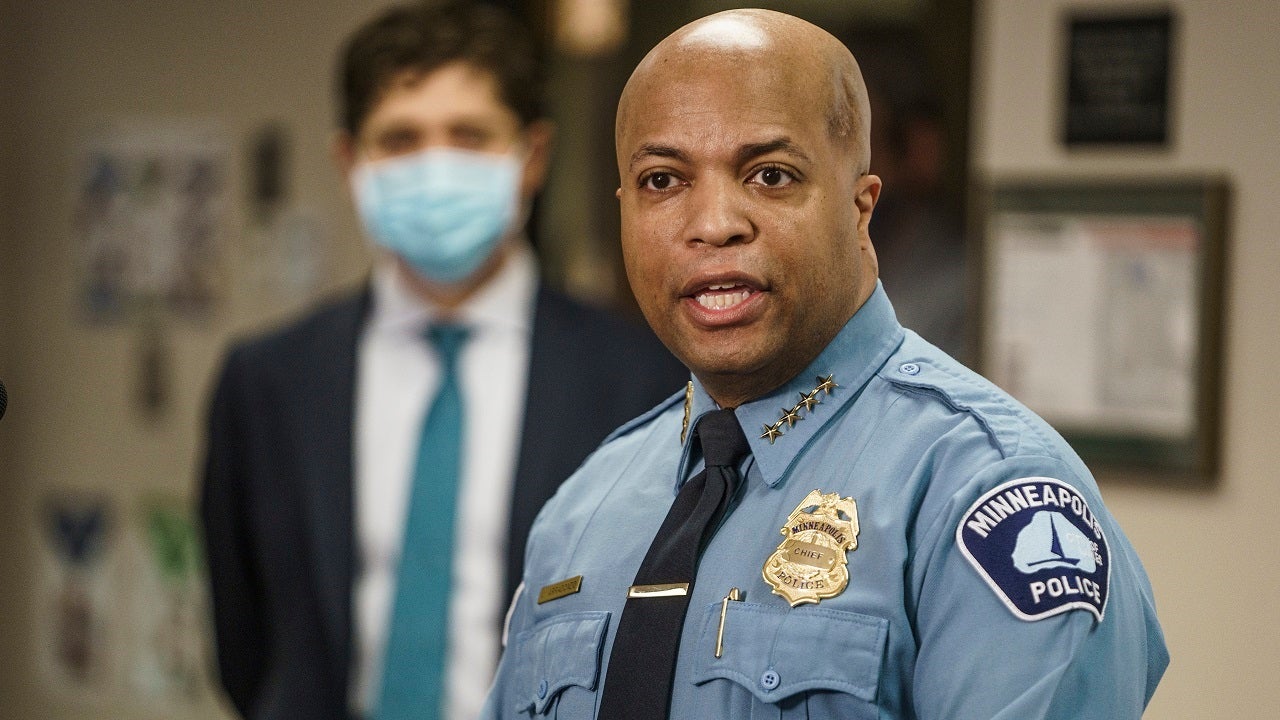 Minneapolis Police Chief Medaria Ararandon stood on Monday in the trial of former officer Derek Chauvin, who is accused of murder and manslaughter in the death of George Floyd in May 2020.

Ararandondo, the city’s first black boss, fired Chauvin and three other officers the day after Floyd’s death on May 25. In June, he called it a “murder” in response to a request from the Star Tribune.

On Monday, he testified about the Minneapolis Police Department’s (MPD) policy, which instructs officers to use de-escalation tactics when it is reasonable to do so, in an attempt to avoid or minimize the use of force.

Chauvin, 45, is charged with second- and third-degree manslaughter and manslaughter. He is accused of holding his knee on Floyd’s neck for 9 minutes and 29 seconds, although 46-year-old Floyd was handcuffed, lying down and said he could not breathe.

Three other officers – J. Queng, Tu Tao and Thomas Lane are also charged in connection with Floyd’s death and are expected to stand trial later this year.

When prompted on Monday, Arradondo read sections of MPD’s Professional Police Policy, including one that reads: “Ensure that the duration of each detention is not longer than is necessary to take appropriate action for a known or suspected crime.”

Prosecutor Steve Schleicher noted that while some people may become more dangerous under the influence of drugs or alcohol, some may actually be “more vulnerable.” Arradondo agreed and acknowledged that this should also be taken into account when employees decide to use force.

“It is acknowledged that when we call from our communities, it may not often be their best day and they may experience something that is very traumatic,” the boss said.

Before being nailed to the ground, a handcuffed and frantic Floyd fought the police, who tried to get him in a squad car, saying he was claustrophobic.

In response to questions and a request from the Star Tribune, Ararandon issued a statement in June stating: “The tragic death of Mr George Floyd was not due to a lack of training – the training was there. Chauvin knew what he was doing. “

In this video, Minneapolis police witness Medaria Ararandon testified while Hennepin County Judge Peter Cahill presided over the trial of former Minneapolis police officer Derek Chauvin at the Minneapolis County Courthouse on Monday, April 5, 2021. Chauvin is accused of the death of George Floyd on May 25, 2020 (Court TV via AP, Pool)

Ararandon continued: “The police knew what was happening – one intentionally caused it and the others failed to prevent it. It was a murder – it was not a lack of training.”

Arradondo said in a statement at the time that both Chauvin and Thao received training on the dangers of positional suffocation in 2014. Training covering how to get detainees from a supine position to a recovery or sitting position is required after 2013 agreement with the family of David Cornelius Smith, a handcuffed man who died in 2010 after police pushed him face down.

He said the department also changed its policy in June 2014 to require the explicit transfer of detainees from a lying position to a recovery position when the highest level of detention is used, and to require continuous monitoring of the person’s condition. .

He also said that trainees continue to discuss the risks of death in custody and that “there is simply no way for a competent officer” to be aware of the need to move an detainee so that he can breathe freely.

The defense claims that Chauvin did what he was trained to do and that Floyd’s use of illicit drugs and related health conditions caused his death.

Earlier Monday, the emergency room doctor who pronounced Floyd dead after trying to resuscitate him testified Monday that he had theorized at the time that Floyd’s heart had probably stopped because he had not. received enough oxygen.

Dr. Bradford Langenfeld, who was a senior resident on duty at the Henpen County Medical Center at night, stood early in the second week of the trial for the murder of former Minneapolis officer Derek Chauvin as prosecutors tried to establish that it was the knee of the Neck of the black man who killed him.

Langenfeld said Floyd’s heart stopped by the time he arrived at the hospital. The doctor said they had not been informed of any efforts at the scene by passers-by or Floyd’s resuscitation police, but that paramedics had told him they had tried for about 30 minutes.

During the interrogation of prosecutor Jerry Blackwell, Langenfeld said that based on the information at his disposal, it was “more likely than other possibilities” that Floyd’s cardiac arrest – his cardiac arrest – was caused by asphyxia or insufficient oxygen.

Langenfeld said that “any time a patient spends in cardiac arrest without immediate CPR reduces the chance of a good outcome.” He said there is an approximately 10% to 15% reduction in survival for each minute when CPR is not applied.

Chauvin’s lawyer, Eric Nelson, asked Langenfeld if some drugs could cause hypoxia or insufficient oxygen. The doctor admitted that fentanyl and methamphetamine, both found in Floyd’s body, could do so.

The district medical expert’s office eventually classified Floyd’s death as murder – that is, someone else’s death.

The full report says Floyd died of “cardiac and pulmonary arrest complicating law enforcement, restraint and neck compression” Summary report lists fentanyl intoxication and recent methamphetamine use under “other significant conditions” but not in “Cause of death”.

In a cross-sectional study by Nelson Langenfeld, Floyd’s carbon dioxide levels were more than twice as high as those of a healthy person, and agreed that this could be due to a respiratory problem. But during questioning by the prosecutor, the doctor said the high levels were also in line with cardiac arrest.

Fox News’ Daniel Wallace contributed to this report, as did the Associated Press.