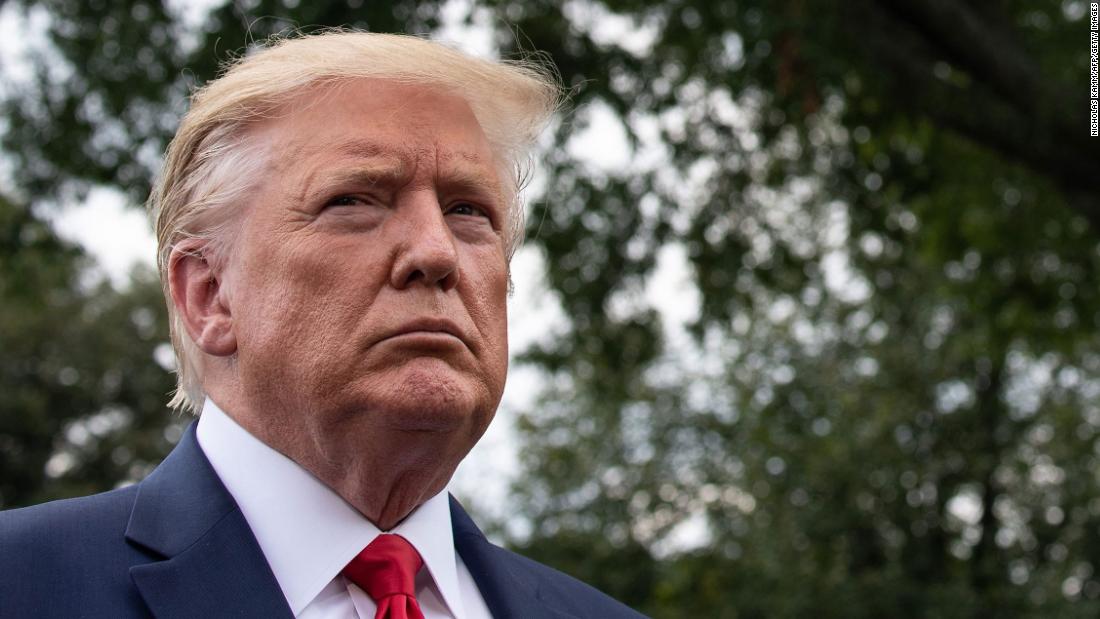 In general, the poll paints a picture of a president who has done little to improve the negative impressions of him or his job during his reign. As a result of several questions asked early in Trump's time in office and a question asked again, the poll reveals little positive change and deep partisan polarization.

The 60% who say the president does not deserve to be re-elected are similar to the 63% who feel this way in November 2017. This is ahead of his most recent predecessors at a similar stage in their presidencies. In October 2003, a CNN / Gallup / USA Today poll found that 52% of Americans thought George W. Bush deserved re-election, and a 2011 Gallup poll found that share said Barack Obama not worth re-election, it was in the low 50's.

The presidential approval rating remains where it is in mid-August, with 39% approving the work he is doing and 55% disapproving. Although every change in the last few weeks has not been large enough to be statistically significant, its disapproval rating is the highest it has been since early February, with approval being the lowest since January.

Trump's approval ratings for handling major issues are largely stagnant, with little movement in the wrong direction for the president. His approval ratings for the economy have fallen below 50% for the first time since early this year, and his ratings have worsened at least slightly in terms of foreign trade, foreign affairs and environmental policy.

The President's approval rating for immigration processing is holding roughly stable, but 59% who do not currently approve are the highest numbers from last year before the midterm elections. A majority (52%) say Trump's immigration policies do too much to restrict immigration to the US, 24% say they are correct, and 20% say they don't go far enough.

In a hopeful finding for the president in a poll, in the last two years there has been a slight increase in the proportion of registered voters who say he deserves to be re-elected, from 35% in November 2017 to 39% now. And among those who are most enthusiastic about next year's vote, the proportion who consider the president worthy of a second term is higher – 43%. However, even among this group, 55% say they should not be re-elected.

This shift comes mostly from independents and Democrats. Among Republicans, 73% say the president has changed the country for the better – up from 70% in February. Among independents, the proportion who say Trump has changed things for the worse has shifted from 35% in February to 47% now. Among Democrats, that share has increased from 62% to 69%.

The president's volatile summer – including several sudden changes in gun and trade policy, as well as persistent protection of demonstrably false statements – did not worsen public confidence in official White House communications. Overall, 71% say they trust only some or none of what they hear from White House official announcements, about the same as 68% who felt this way at the end of 2017. Only 9% said that they trust almost everything they hear from the White House, and another 19% say they trust most of them.

Americans, too, are no more confident now than at the beginning of the president's time, which gave control of the Trump Organization to his adult sons and did enough to prevent a conflict of interest. In a new poll, 60% say that this is not enough to prevent these conflicts, about the same as 62% who felt this way just before the president was sworn in.

Skepticism that the agreement does not allow the president to have a conflict of interest crosses demographic lines, but again the partisans are divided on the issue. Two-thirds of Republicans (67%) say the creation does enough to prevent conflicts, compared to only 30% of independents and 10% of Democrats.

A CNN survey was conducted by SSRS from September 5 to September 9 among a random national sample of 1,639 adults reached via landline or mobile phones by a live interviewer. The results for the full sample have a margin of error in the sample plus or minus 3.2 percentage points. The sample of the survey included samples of African American and Hispanic voters. These subgroups are weighted to represent the appropriate proportion of the general population and are not overrepresented in the overall survey results.