Trump: asylum-seekers 'look like they should be fighting for the UFC' 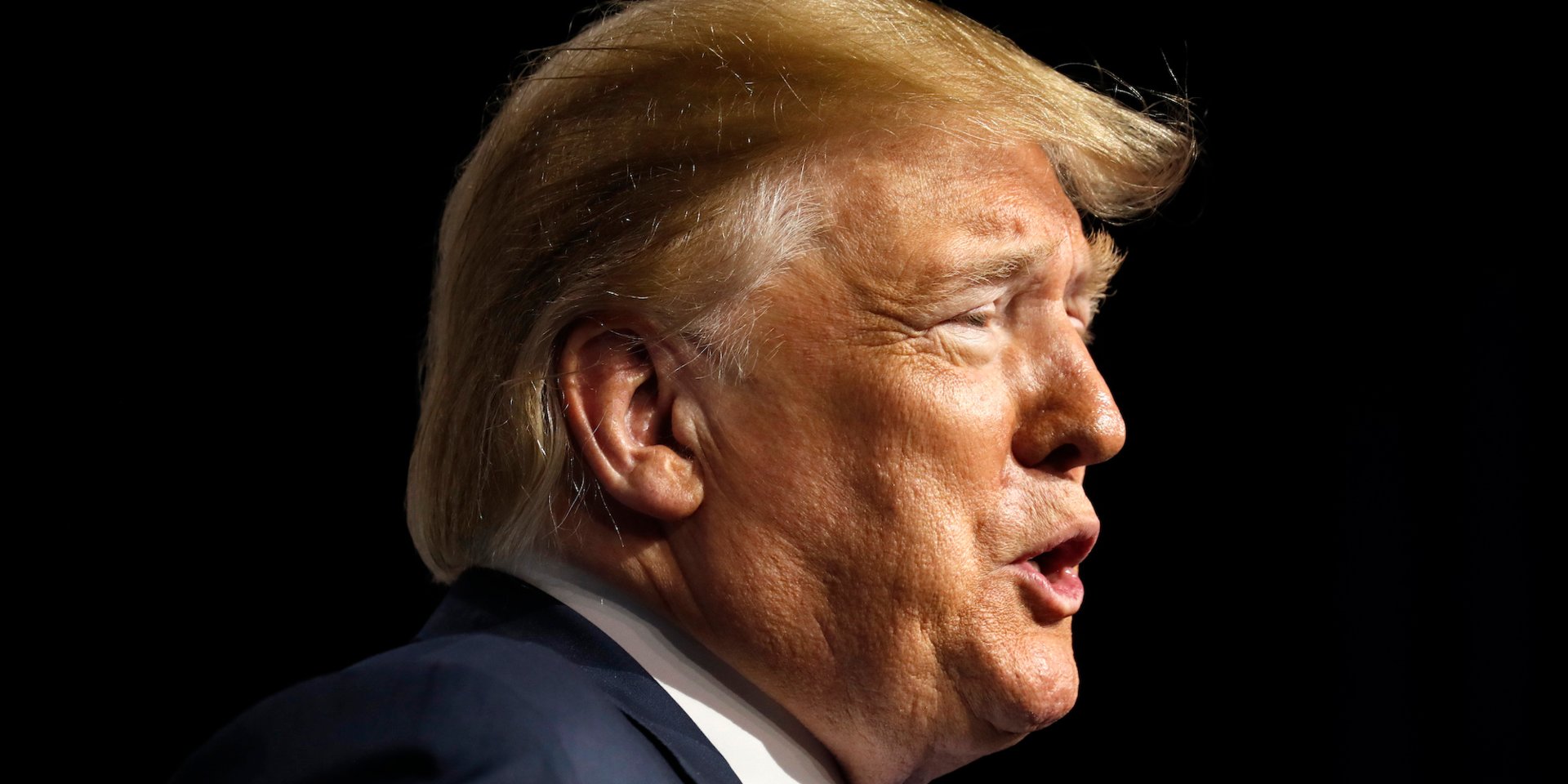 President Donald Trump on Saturday denounced US asylum law as a "scam" and implied that the wave of Central American families seeking asylum in the US were actually dangerous gang members.

"The asylum program is a scam," Trump said. "Some of the roughest people you've ever seen. People who look like they should be fighting for the UFC."

Trump made the comments during a speech to the Republican Jewish Coalition in Las Vegas, Nevada. His remarks came amid a surge of asylum seekers who overwhelmed Customs and Border Protection and fueled Trump's crimes of an "emergency" at the southern border.

Despite Trump's brutish characterization of migrants, CBP data shows that the majority of those crossing the US-Mexico border are families, including women and children.

Trump accused lawyers of coaching migrants on what to say at US-Mexico border to request asylum. At one point during the speech, he even mockedly imitated a migrant reading from a script.

Read more : Closing the border would put the US economy at a standstill and actually worsen illegal border crossings. Here's how it would affect food prices, jobs, and Americans' everyday lives.

"You look at us and you say, 'Wow, that's a tough cookie, "" Trump said. "I'm very worried that I will be accosted if I'm sent back home."

He continued: "Well, no, he'll do the accosting."

Trump then imitated immigration advocates who have pushed the US to adopt more expansive policies to allow asylum-seekers into the country.

"Asylum – oh give him an asylum!" He's afraid, he's afraid, we do not love the fact that he's got tattoos on his face, that's not a good sign. of Honduras or Guatemala or El Salvador only to say he's petrified to be in his country, "Trump said. "To confront this border crisis I declared a national emergency."

The crowd laughed and applauded throughout his comments.