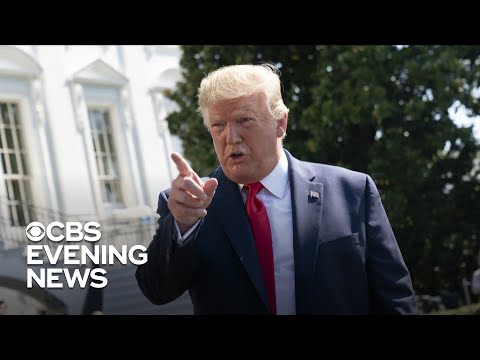 President Trump has come under intense criticism after unveiling and shaking peace talks with Taliban leaders and Afghanistan's president at Camp David. Mr Trump has accused the growing violence against the Taliban. CBS News has learned that talks about the president's Taliban have been rigorously conducted, even in the administration and among lawmakers. Reports by Natalie Brand.