Trump forums are spreading advice on how to falsify vaccine cards 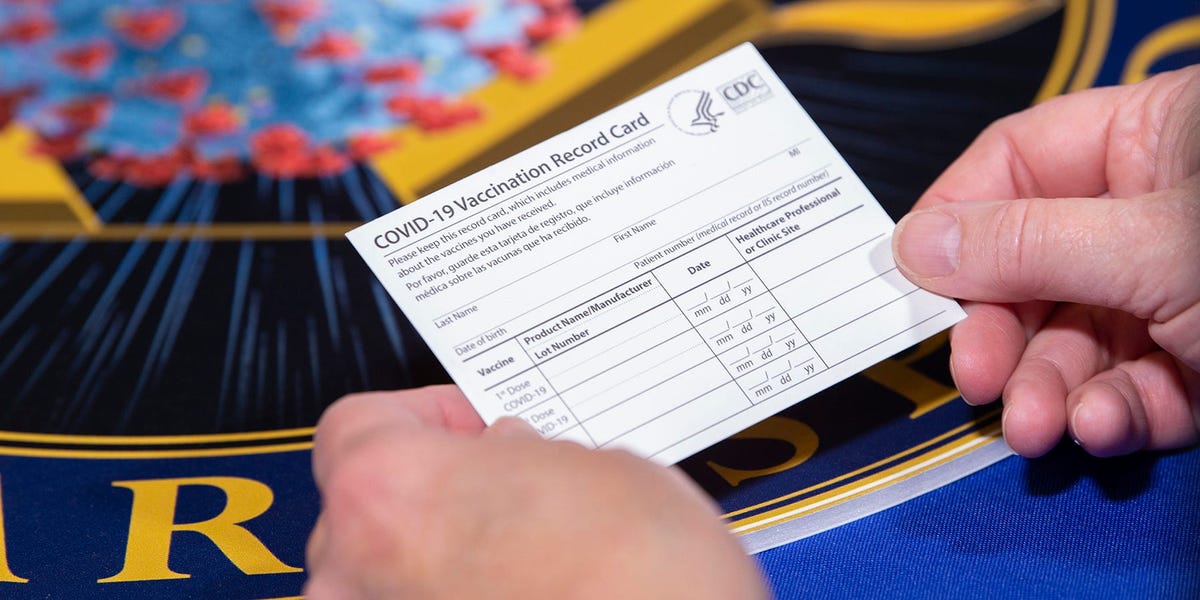 The Centers for Disease Control and Prevention has warned states to remove COVID-19 vaccine card templates from their websites as counterfeiting becomes a problem, NBC News reported on Thursday.

The CDC says the anti-vaccine community has misused the templates and the health agency has repeatedly advised states not to publish them publicly, NBC reported. The CDC did not immediately respond to Insider̵

Trump forums, such as patriots.win, have posted photos and links on how to create a fake COVID-19 vaccination card.

NBC News added that other sites, such as 4chan and QAnon and weapons forums, have also given instructions on how to falsify the document.

On March 30, the FBI issued a public statement warning people that creating a fake COVID-19 vaccination card was illegal.

“By posing as vaccinated, when you enter schools, mass transits, workplaces, gyms or places of worship, you put yourself and others around you at risk of contracting COVID-19,” the bureau said in a statement. .

The anti-vaccination movement has made the spread of COVID-19 immunization more difficult and potentially threatens to delay the end of the pandemic. Misinformation about the vaccine is widespread, but social media platforms such as Twitter and Facebook have vowed to fight it by banning users or removing posts.

“COVID-19 vaccines are safe and effective,” the CDC said on its website, adding that the shots have been tested in clinical trials on tens of thousands of participants and have been safely administered to hundreds of millions of people since then.

So far, about 144 million people in the United States have received one or more shots from the vaccine, according to the CDC, which means that about half of Americans are partially vaccinated and a third are fully vaccinated. But demand for the shot began to wane, forcing some mass vaccination sites to close, even before the United States reached its herd immunity target.

To reach herd immunity, Dr. Anthony Fauci, President Joe Biden’s chief medical adviser, said the country would likely need 70% to 85% of the population to be immunized, but added that no one knew with certainty what percentage will stop the spread of the virus.