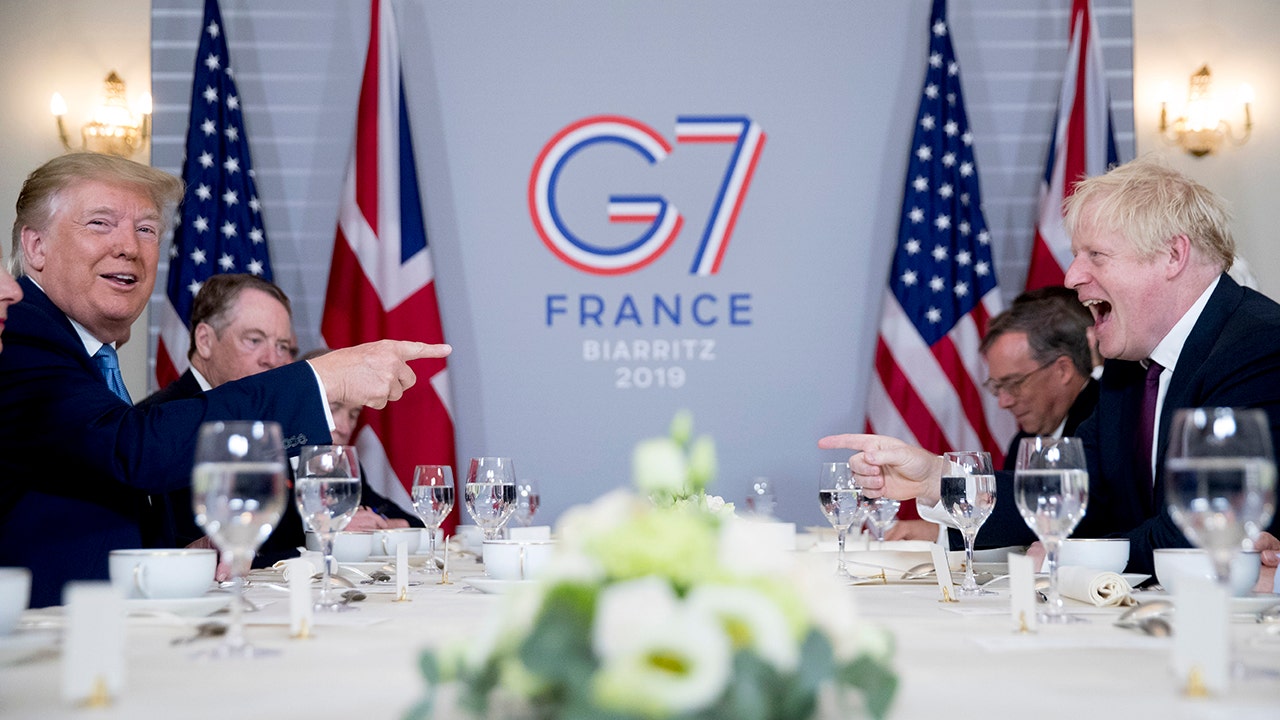 The United States and Britain will work out a "very big trade deal" after Britain leaves the European Union, President Trump said on Sunday morning in France, where Trump and other leaders gathered for the G7 summit. [19659002] The President also praised new British Prime Minister Boris Johnson for Brexit during their working breakfast on the second day of the summit.

"He needs no advice. He is the right person for the job, "Trump said.

The president turns out to be a lightweight ex-prime minister, Teresa May – who he has often criticized – adding that Johnson is a "new man."

Johnson, meanwhile, congratulated Trump on his handling of the US economy, but added, "just to record the pale, oval note of our vision of the trade war, we support commercial peace as a whole."

Johnson told British reporters prior to the meeting that he would ask Trump not to escalate trade warfare with the United States.

Sunday's meeting is their first since Johnson succeeds May as prime minister.

Earlier on Sunday, Trump told reporters that "we have a good time with China," despite a new round of tariffs on Chinese goods on Friday, saying US business was "

In response, China promised to impose new tariffs on US $ 75 billion in US goods.