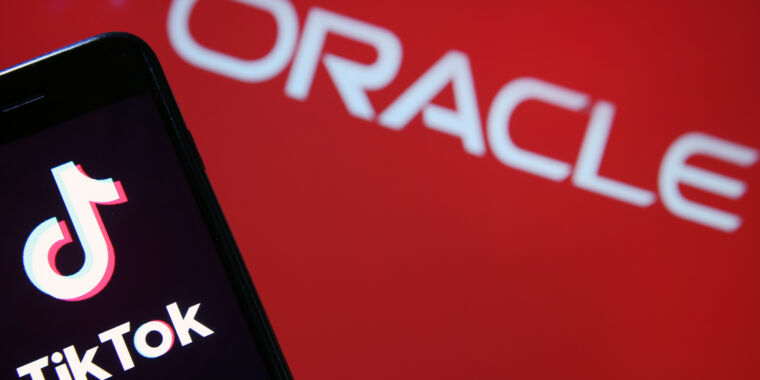 President Donald Trump has reportedly personally approved Oracle’s offer to invest in TikTok, moving the whole saga one step closer to its end.

“I gave the deal my blessing,” Trump said. “I approved the deal in concept.”

Late last Sunday, the one-time dark horse Oracle emerged as the winner in a complex and deeply unusual bidding process for TikTok, which began when the White House announced the popular video-sharing video application as a threat to national security.

Bloomberg reports that the transaction will leave most of TikTok’s assets and proprietary algorithms in the hands of parent company ByteDance, with Oracle and other investors taking a minority stake in the newly formed TikTok Global.

Trump first said in August that he wanted the US Treasury Department to get a breakdown of the transaction.

“We set a date, I set a date, around September 15, at which point it won’t work in the United States. But if someone, whether it’s Microsoft or someone else, buys it, it’s going to be interesting,” Trump told reporters at the time. , adding:

More than anything else, I said that a very significant part of that price would have to go to the United States Department of the Treasury. Because we make it possible for this deal to happen. They do not currently have any rights unless we grant them. So, if we are going to give them the rights, it has to enter, it has to enter this country. … “So it will close on September 15, unless Microsoft or someone else manages to buy it and make a deal, a suitable deal, so the Treasury – really the Treasury, I guess you’ll say the United States , gets a lot of money.

Normally, the federal government does not receive a commission or reduction on any merger or acquisition other than the taxes that may be due, which are paid to the Treasury as required.

According to Bloomberg, the companies have agreed to donate $ 5 billion to a Texas-based education fund to meet that deadline. “They will create a very large fund,” Trump said. “This is their contribution I wanted.”

The deal still requires approval from the Ministry of Finance and the Chinese authorities before it can move forward. It is unclear whether Trump’s “blessing” is enough to prevent TikTok from being kicked out of Apple’s and Google’s mobile app stores tomorrow night.