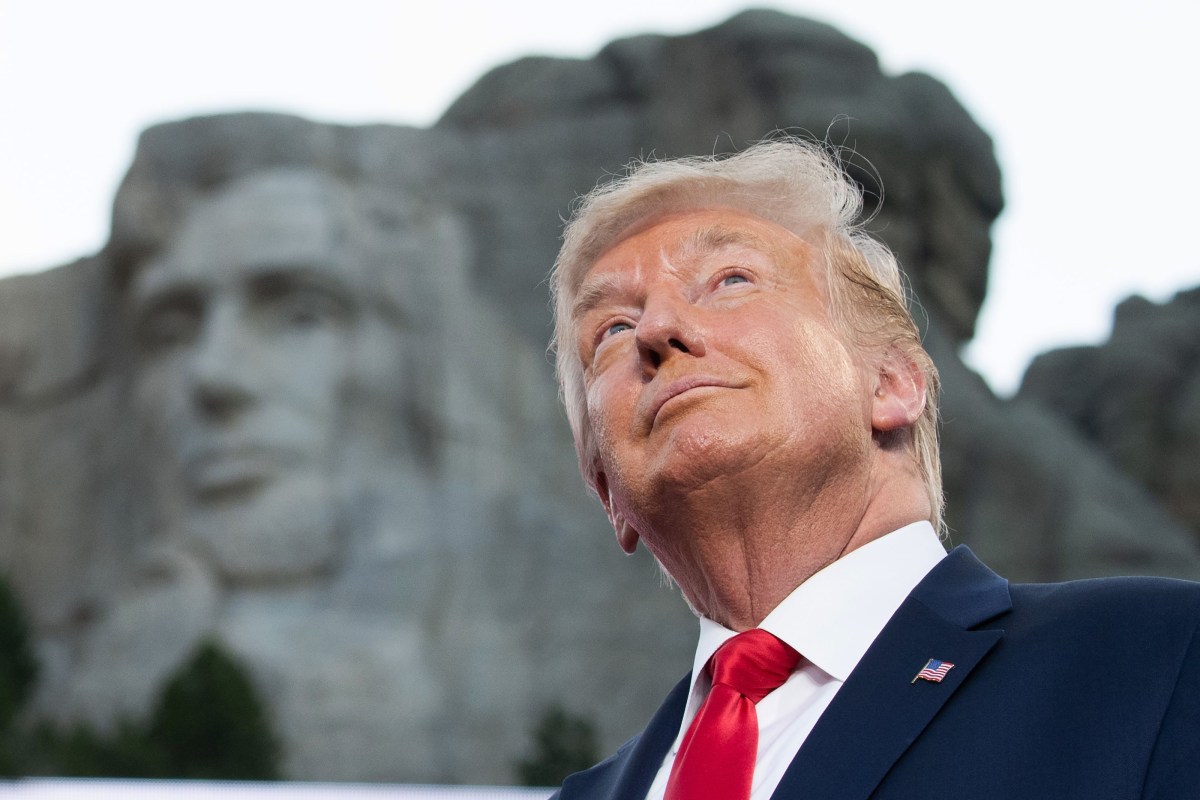 President Trump on Sunday denied reports that the White House had contacted the governor of South Dakota to carve his face in Mount Rushmore – but said adding his resemblance to the historic monument “sounds like a good idea!”

“This is fake news from the failed @nytimes & bad @NN ratings,” Trump commented on Twitter in a post related to the report.

“I have never proposed it, although based on all the many things achieved in the first 3 1/2 years, perhaps more than any other presidency, it sounds like a good idea to me!”

The story, which was later raised by CNN, also notes that Trump had previously talked to Noah about it during a meeting in the Oval Office.

While denying the report, Trump tweeted an image of his face superimposed in front of the mountain on Sunday. In it, Trump is shown winking at the 60-meter resemblance to President Abraham Lincoln, Thomas Jefferson, Theodore Roosevelt and George Washington.

The president first came up with the idea to join the mountain during a 2018 meeting of the Oval Office with Noah – where she initially thought she was joking, according to local publication argusleader.com.

“I started laughing,” Noem said in a 2018 interview. “He wasn’t laughing, so he was completely serious.”

She added: “He said, ‘Christy, come here. He shook my hand, and so I shook his hand and said, “Mr. President, you have to come to South Dakota sometime. We have Mount Rushmore. And he goes, “Do you know that my dream is to have my face on Mount Rushmore?”

The case of Breona Taylor: Unidentified proposal for a grand juror requesting the release of transcripts