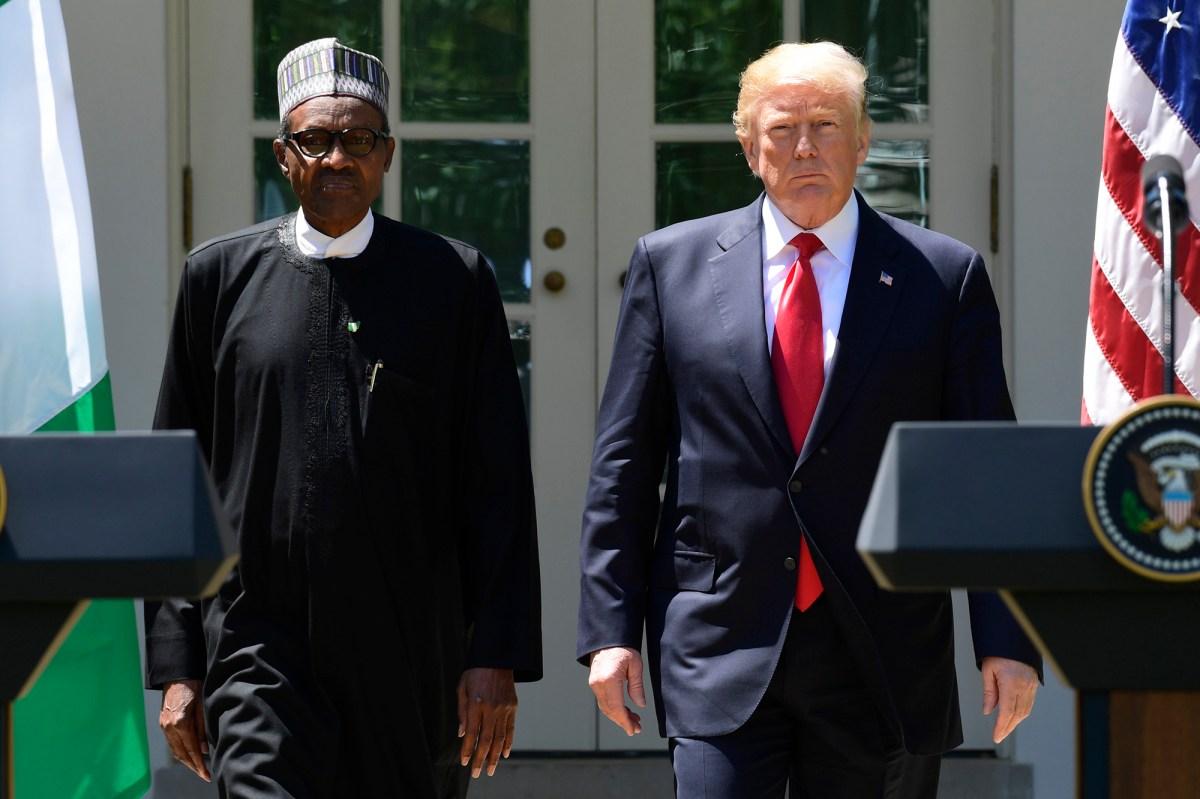 On Tuesday, former President Donald Trump backed the Nigerian government’s decision to block access to Twitter in the West African country – and called on more nations to follow suit.

“Congratulations to Nigeria, which has just banned Twitter for banning its president,” Trump said in an email statement.

“More COUNTRIES should ban Twitter and Facebook because they do not allow free and open speech – all voices must be heard.

“Meanwhile,” the former president continued, “competitors will show up and catch up.” Who are the ones to dictate good and evil if they themselves are evil? Maybe I should have done it when I was president. But [Facebook founder Mark] Zuckerberg kept calling me and coming to the White House for dinner, telling me how great I was. 2024? “

7;s operations had been “suspended indefinitely” due to its use for “activities capable of undermining Nigeria’s corporate existence”. The ministry was widely ridiculed for posting its Twitter blocking statement on its Twitter account.

Earlier last week, the social media giant, who was condemned for censoring mostly conservative views, deleted a tweet from Nigerian President Mohammadu Bukhari, who appears to be threatening secessionist groups in the Biafra region.

“Many of those who are misbehaving today are too young to know about the destruction and loss of life that occurred during the Nigerian Civil War,” Bukhari wrote, referring to the conflict in Biafra, which killed 1 million people between 1967 and 1970 we in the field for the 30 months we went through the war, we will treat them in the language they understand. “

“We are deeply concerned about the blocking of Twitter in Nigeria. Access to free and #OpenInternet is a basic human right in modern society, “a statement said on Twitter on Saturday. “We will work to restore access for all those in Nigeria who rely on Twitter to communicate and connect with the world.”

Trump himself received a permanent ban from Twitter after the January 6 uprising in the US Capitol. Facebook announced on Friday that its own ban on the former president will remain in force until at least January 7, 2023, but can be extended. Last month, a Facebook review board confirmed the president’s suspension, but criticized the open aspect.

Trump called Facebook’s decision “an insult to a record 75 million people, plus many others who voted for us in the rigged 2020 presidential election.”

“They should not be allowed to get away with this censorship and silence, and in the end we will win,” Trump added. “Our country can no longer tolerate this abuse!”