Trump tweets promise not to build 'Trump' properties in Greenland 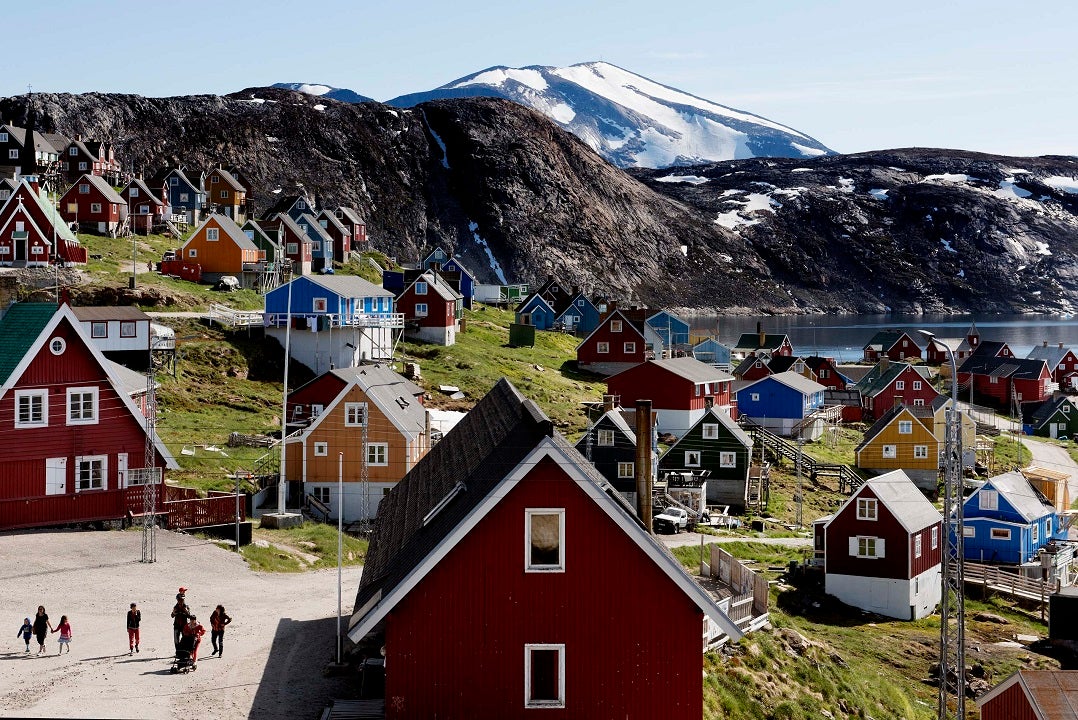 In a surprising tweet Monday, President Trump promised not to build his signature large-scale developments in Greenland, one day after he was confirmed he was looking into the possibility of purchasing the sparsely populated Arctic island.

The tweet featured an edited photo showing a tall gold-colored building emblazoned with "Trump." The president captioned it, "I promise not to do this to Greenland!"

On Sunday, Trump addressed rumors that his administration was looking to buy Greenland, which is a semi-autonomous territory under Danish control.

"Essentially it's a big real estate deal. A lot of things can be done. It's hurting Denmark very badly because they're losing almost $ 700 million a year carrying it, ”he told reporters in New Jersey. "So, they carry it at great loss, and strategically for the United States, it would be nice. And, we are a great ally of Denmark and we help Denmark, and we protect Denmark."

Denmark's prime minister called American interest in Greenland is "absurd" and said the island is not for sale.

Trump is scheduled to visit Demark on Sept. 2 as part of a larger European trip.

The US proposed buying Greenland in 1

946 for $ 100 million after toying with the idea of ​​swapping land in Alaska for strategic parts of the island .