Trump vows to oppose the Hill's summons, but does the public care? 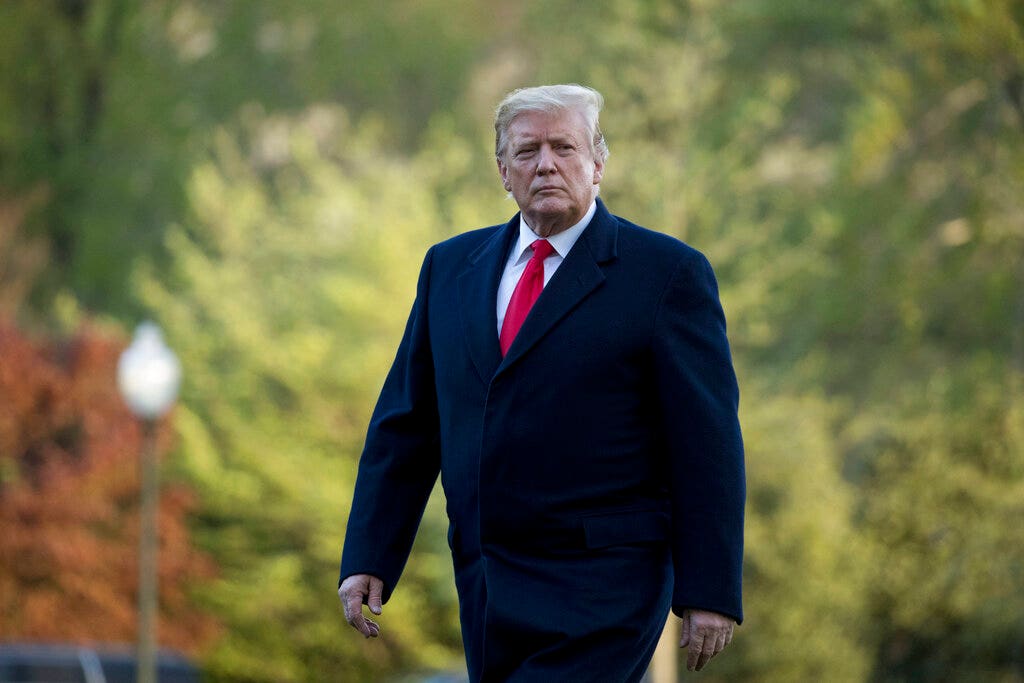 It is a constitutional crisis.

But I'm not sure he'll play that way with much of the public.

Being vowed not to cooperate with a series of Democratic House Studies, President Trump says that people are sick of the entire investigative culture and will not hurt him politically. He also argues that once he has gone through the investigation of Muller, he can make Congress look small and addicted to the pursuit of what he dismissed yesterday as "nonsense." The main problem with this approach is that Congress is the same branch of the government. No matter what Bob Müller's investigation, MPs have their own responsibility to control the executive, just as Republicans have done during the Obama and Clinton administrations.

Still, Trump categorically told the Washington Post that he saw no reason to comply with Hill's testimony and documents claim. "There is no reason to go further, especially in Congress where there is a lot of guerrilla ̵

1; obviously a lot of partisans … I do not want people to witness a party because they do that if they do that" The president was just as unpleasant to yesterday's reporter: The summons is ridiculous … We have just experienced a witch hunt in Muller where there were 18 angry Democrats who hate President Trump

Among the questions: Trump is close to the power of the executive to block the former White House Council Don McGahn to give testimony under the subpoena of a house and

McGan became a key witness in a special lawyer's investigation, testifying that he had refused the President's order

McCann was a key witness in a special lawyer's investigation into the " Former White House Security Director Carl Klein, scorned that he did not appear to testify for security clearance, and the Treasury also resisted House's request for Trump's tax returns.

These battles tend to be held for a very long time, often ending in the courts. Richard Nixon used the privilege of the executive to try to protect Watergate's cover. But any modern president (and some not so modern) faces congress, usually with the opposition party, during hearings and investigations. For Barack Obama, it was Benghazi and Fast and Furious, along with other issues.

Democrats are naturally outraged by Tamppi's tactics, with Nancy Pelosi, who says, "We now see that the administration is dealing with falsifying the facts that come to the Americans

What is very unusual about Trump's approach is that instead of fighting one or two requests on specific grounds, he appeared with Post to make only a declaration of denial of cooperation.

In fact, Axios cites a "source familiar with the president's legal strategy" says: "Trump can run out of the clock by borrowing hard and the president believes it is in his political interest to continue the struggle and make it hard for the Democrats to have a coherent message. "

Trump told reporters that Congress should return to coping with the problems." They are not like impartial people . Democrats are trying to win 2020, "he said, repeating what the liberals said about Bill Clinton's name during the accusations that led to the impeachment that everyone should" continue ", which became the name of the left Click here to get the NEW FOCUS But all of this may turn into a background noise for the average voters who have been worried about two years of constant investigations and media surveillance for this president. the view that the constitutional principles and division of the If the whole back and forth looks unlawful guerrilla, many can reject rhetoric as a more gaming game in hyperpolarized capital.

Footnote: Trump has become a strange feedback with Post Robert Roost reporter, "Prime Minister Trump called me tonight, responding to my request for a commentary on the profile history of a World Trump figure." After speaking on this subject, he asked several questions about his administration's opposition to Congress.

Yesterday, Trump suggested this trick on Twitter: "I did not call Bob Costa from the Washington Post, he called me back," he said, "even more fake news."

Well, right? That said Costa? Maybe Trump just does not like the story.