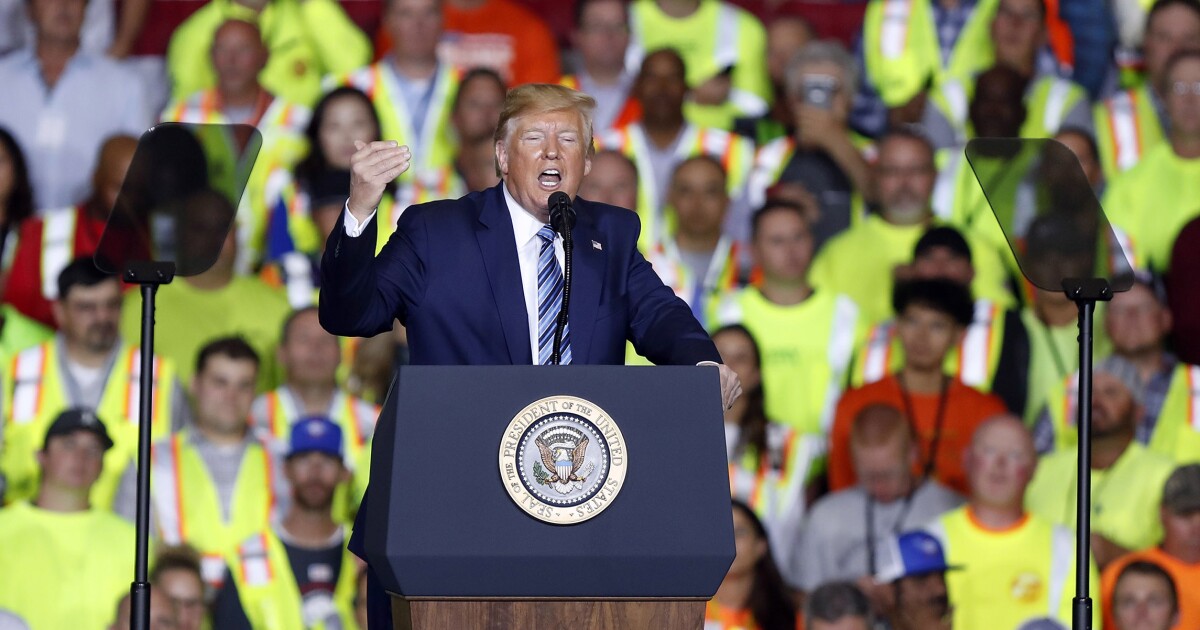 Union workers at a petrochemical plant that President Trump visited in Pennsylvania were told that they should take paid leave or not get paid for the day if they did not attend his remarks.

Ray Fisher, a spokeswoman for Shell, tells the Pittsburgh Post-Gazette that workers have 56 hours of work, which includes 16 hours of overtime.

Those who attended Tuesday's event at the Royal Dutch Shell plant and also worked on Friday will meet the threshold to receive all overtime. Those who did not attend the White House event would not do so, though both groups do not work that day.

"Your attendance is optional. This will be considered a justified absence. However, those who do not attend will not receive overtime pay on Friday," read a note provided to workers, according to CNN.

Shell stated that he did not write the note, but confirmed that workers would not receive the full 1

6 hours of overtime if they did not attend the event.

"It was realized that some would choose not to attend the presidential visit and were instead given the opportunity to take paid leave (PTO). As with any business day, if one decides to take a PTO, he is not entitled to receive maximum overtime, "said Shell spokesman Curtis Smith.

Some of the workers were also told not to protest the president. Smith said the note given to employees is different from the one released by the company and does not include protest language.