Turkey deports US suspected ISIS back to US 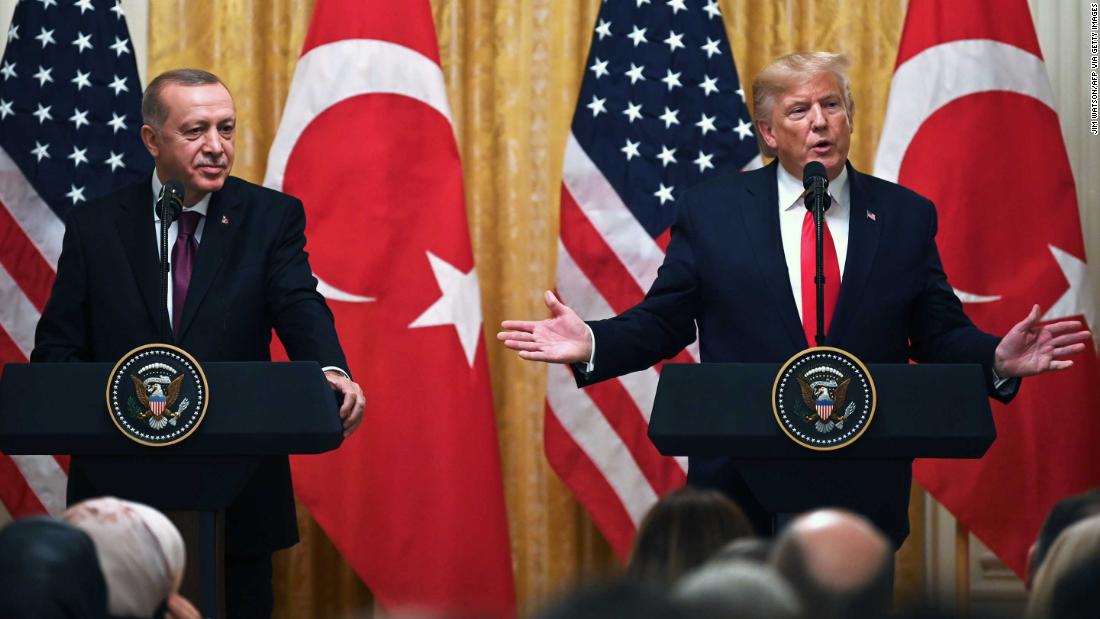 The man was initially sent to Greece on Monday, on request, according to the Turkish Interior Ministry. But Greece refused to accept it and it was left for several days in a "buffer zone" between the countries.

"Following the US commitment to issue a travel document, necessary procedures have been initiated to send foreign" Terrorist fighter to the United States, "the ministry said Thursday.

The American was among several suspected ISIS fighters who were deported from Turkey this week, including a British man and seven Germans.

The move comes after Turkish President Recep Tayyip Erdogan met with US President Donald Trump at the White House on Wednesday, where they discussed the fight against ISIS.

In his joint press conference, Erdogan suggested that Turkey detains thousands of ISIS-related detainees and in the process of returning them to "their countries of origin".

On Thursday night, counter-terrorism police arrested a British suspect in Syria-related terrorist crimes in London's Heathrow-A -port after arriving in the UK from Turkey, metropolitan police said in a statement Thursday.

Police will not confirm or specify before CNN if the arrested person is deported from Turkey as part of the repatriation process.

"A 26-year-old man has been arrested after arriving at Heathrow Airport on an incoming flight to the UK from Turkey," Sofia police said.

"He was arrested on suspicion of having prepared acts of terrorism under section 5 of the Terrorism Act. 2006 … and is currently under arrest by the police," the statement added.

The UK Home Office told CNN it would not comment on individual cases.

Turkey announced last week that it would start sending ISIS fighters home, something that it has long insisted on, even for those deprived of citizenship.

Ankara has repeatedly criticized European nations for refusing to return their own citizens, with Turkish Interior Minister Tulaiman Soilou saying that Turk ey was not a "guest house or hotel" for ISIS members to stay indefinitely.

Several European countries have refused to accept captured foreign fighters, saying that these persons were denationalized, according to a report by the Turkish state news agency Anadolu.

Citizens of Denmark, Ireland and France also need to be deported as part of repatriation from Turkey, Anadolu state managing agency, reported.

President Trump has previously demanded the return of foreign fighters, calling European nations "a huge disappointment" for their inability to bring ISIS fighters back home – and threatening to throw them at their doorstep. .

Last month, Trump ordered U.S. troops to withdraw from Syria, paving the way for Turkey to launch a military operation there. The operation seeks to clear a border area previously held by Kurdish fighters, which Turkey views as terrorists, but with which the US has allied itself in the fight against ISIS.

Since then, concerns have grown among US officials that prisons with 10,000-plus ISIS fighters guarded by Kurdish personnel will be compromised – amid reports of escapes by some fighters.

On Thursday, US Special Envoy for Syria and the Global Coalition for the Defeat of ISIS, Jim Jeffrey, said that profits against ISIS were threatened as a result of a Turkish operation in Northern Syria.