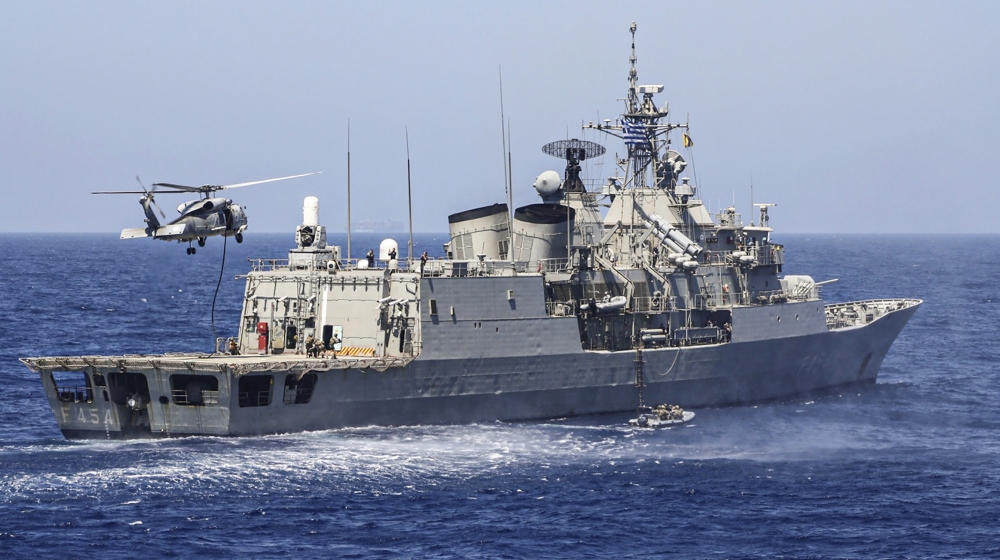 Turkish President Recep Tayyip Erdogan said on Wednesday that Ankara is open to “constructive” talks but will remain resolute in its conflict with Greece in the Eastern Mediterranean.

Erdogan made the comments during a video conference with German Chancellor Angela Merkel ahead of next week’s EU summit, at which the bloc will discuss imposing sanctions on Turkey over energy demand in waters claimed by Cyprus and Greece.

Germany has taken the lead in trying to mediate an end to a conflict in which NATO’s two neighbors are staging rival air and sea exercises in strategic waters between Cyprus and Crete.

Erdogan “stressed that he will continue to pursue a resolute and active policy on Turkey’s rights,” his cabinet said.

Turkey says the EU has unfairly backed Greece in a decades-long maritime dispute that has gained in importance with the discovery of large natural gas fields in recent years.

The confrontation seemed to have cooled as Turkey’s research ship Oruc Reis and its accompanying navy completed their one-month mission near a Greek island and pulled ashore last weekend.

But Turkey stressed that the ship is only on scheduled maintenance and will soon continue its research in the eastern Mediterranean.

“Once the maintenance is over, we will continue our operations with determination,” he said.

On Tuesday, the Turkish navy also announced an extension of the yacht Yavuz’s stay in disputed waters off Cyprus until October 12th.

On Wednesday, the EU called on Turkey to remove Yavuz from the area by moving Oruk Reis.

“The recent withdrawal of the research ship Oruc Reis is an important step in paving the way for a meaningful dialogue between Greece and Turkey. The EU is also calling for similar decisions regarding Cyprus,” said a spokesman for the bloc’s diplomatic chief, Josep Borel.

“There is an opportunity for immediate de-escalation and resumption of dialogue and negotiations, which is the only way to lasting solutions,” he added.

Greek Prime Minister Kyriakos Mitsotakis said on Wednesday that he was concerned about Turkey’s move to extend the operation of its Yavuz energy well in disputed Mediterranean waters.

“Turkey has a choice – to engage with Europe in a constructive way or to continue its unilateral actions and face the consequences,” he said in an interview with The Economist.

The Turkish and Greek war games have attracted EU forces and even the naval assets of the United States and the United Arab Emirates.

NATO is hosting periodic rounds of technical talks aimed at opening channels of communication that could prevent Greece and Turkey from accidentally going to war.

The warships of their two navies collided on August 12th in an incident that prompted Erdogan to warn Greece of a “high price” to pay when Turkish ships were ever attacked.

European Commission President Ursula von der Leyen said on Wednesday that nothing could justify intimidating Greece and Cyprus from Turkey.

Cyprus, meanwhile, said it was ready to talk to Turkey to resolve the differences, but only “without extortion or threats”, its president said on Wednesday.

“Nicosia has always been ready for dialogue, but for that … to be effective, it must be clearly defined on the basis of international law, without extortion and threats,” said Cypriot President Nikos Anastasiades after talks with the European Council President. Charles Michel, who chairs the EU summits.

Anastasiades said Turkey’s move to extend the operations of the Yavuz drilling ship came at a time when the EU, of which Cyprus is a member, is trying to ease tensions.

EU leaders will look for ways to ease tensions at the September 24-25 summit.

“In view of next week’s EU Council meeting, we emphasized the importance of staying united on the messages [to Turkey] and determined to enforce our decisions if the illegal actions continue, “Anastasiades said.

Turkish Deputy Foreign Minister Farouk Kaymakci told an online panel on EU-Turkey relations that the operations were in response to “unilateral actions” by Greek Cypriots and Greece.

“This is not intimidation, this is just to say that Turkey will continue to defend its rights, as well as the rights of Turkish Cypriots,” Kaymakci said.

Cyprus was split in two after the Turkish invasion in 1974 in response to a brief Greek-inspired coup. Turkey recognizes the breakaway Turkish Cypriot state to the north, but not the internationally recognized Greek Cypriot government.

The government has long been in conflict with Turkey, which began drilling for oil and gas near Cyprus last year.

Clashes between Armenia and Azerbaijan: How the world reacts Asia

The Alps, surprised by the early snowfall, the Swiss city sees a new record

Coronavirus: David Lamy warns that people are “coming out of pubs” due to curfew