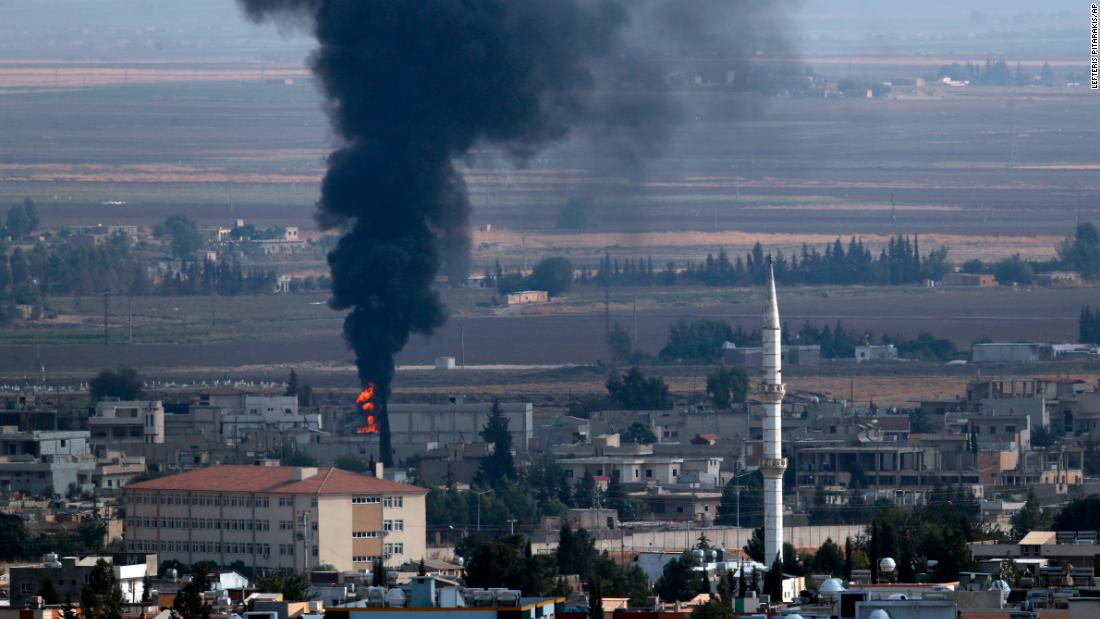 President Donald Trump delivered a blistering and rambling monologue to the journalists he allowed into his Cabinet meeting for more than 70 minutes on Monday. His press secretary, Stephanie Grisham, later tweeted "I hope we see honest reporting from today's mtg."

We can honestly tell you that Trump's remarks were highly dishonest. Here are some of his false claims on Syria:

"People have been trying to make this deal for years," Trump said of his ceasefire agreement with Turkey.

Facts First : The President's claim is baseless to the point of being nonsensical. The deal is a narrow agreement specifically linked to the Turkish offensive that followed Trump's decision to withdraw US troops from a Kurdish-held region of northern Syria, but not an agreement that resolves long-standing regional disputes. Further, Presidents Barack Obama and George W. Bush never sought to give Turkey anything like the concessionary terms of Trump's deal.

You can read a longer fact check here.

Trump said American troops were originally supposed to be in Syria for a measure of "30 days."

Facts First : There was never any specific timeline for US military involvement in Syria, much less a timeline of only 30 days.

"There was never a 30-day timetable on the US presence in Syria," said Syria expert Steven Heydemann, a professor of government and director of Middle East Studies at Smith College. "The previous administration, and officials serving in this administration, have never been offered a fixed timetable for the US mission. Official statements have emphasized that the presence of US forces would be short, limited in scope, and small. But beyond general comments along those lines, there is no statement indicating it would end after 30 days. "

Facts First : He is not bringing troops back home, at least not at the moment.

Trump has announced that "United States troops coming out of Syria will now redeploy and remain in the region to monitor the situation and prevent a repeat of 2014, when the neglected threat of ISIS raged across Syria and Iraq. " He also announced that 1,800 more troops would be deployed to Saudi Arabia.

Trump conceded at the Cabinet meeting that the troops would be "sent, initially, to different parts," but he claimed that they would "ultimately" return to the US.