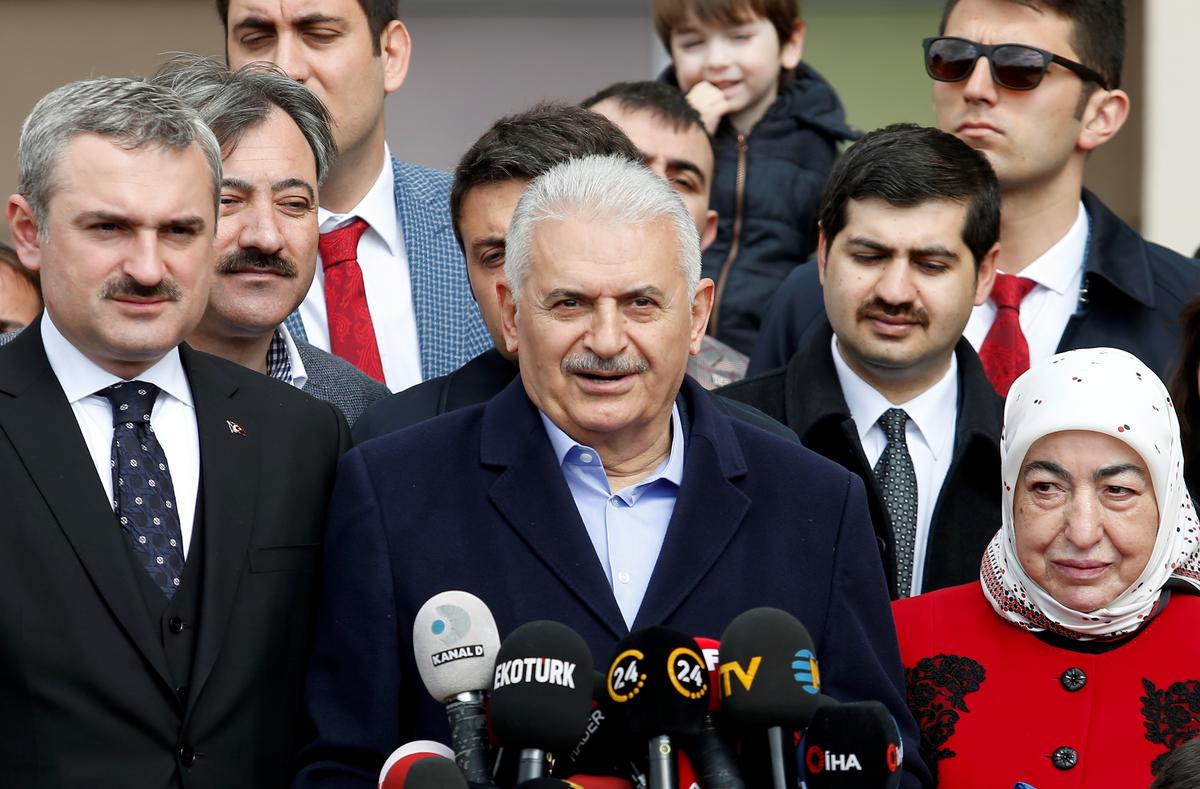 Binali Yildirim, candidate for mayor of the ruling AK Party, delivers a speech following a vote in municipal elections outside a polling station in Istanbul, Turkey, March 31

The AK Party ruling party, in Istanbul said he won the Sunday election, but his rival in the opposition said the declaration was premature.

Speaking after more than 98% of the ballots had been opened, the AKP candidate and former Prime Minister Binali Yilderham said his party had won. Opposition candidate Eskem Imamoglu rejected Yildirim's statement as "manipulation" and said the votes were still counted.

Turkish radio and television operators reported that the last issue, with 98.8% of the open ballots, showed Yildirim with a thin cannon, providing 4,111,219 votes against 4,106,776 Imamoglu.