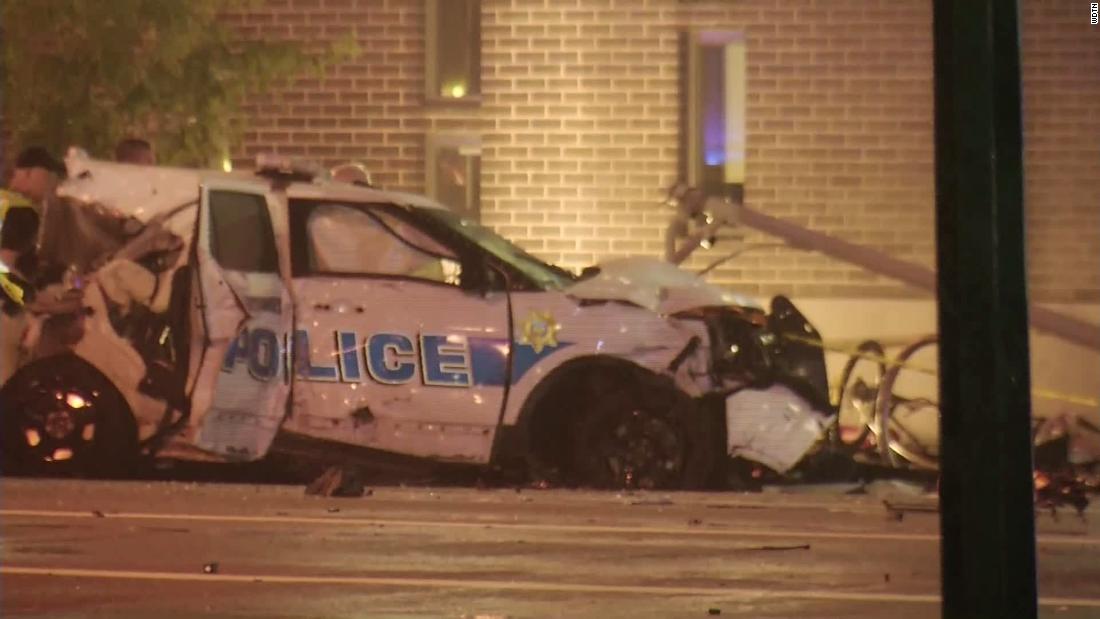 Cars were parked outside the Dayton Public Library when they were struck at about 7:22 p.m., Dayton Lieutenant Eric Henderson said.

According to Henderson, Dayton police initially responded to a call for a stabbing shortly after 7pm.

Police in nearby Riverside then received a 911 call about a car that got into a tree and went to check the accident.

When a Riverside officer exits police, the cruiser suspected of a stabbing call – who abandoned a car driven into a tree – stole the officer's car and fled the scene with a high-speed accident, Henderson said.

1 people between them, including seven children.

All 11 residents were taken to local hospitals and at least three of them were in life-threatening condition when transported, Henderson said. Two of the children later died, he said.

The suspect, who has not yet been named, was also injured in the crash and receiving medical treatment according to Henderson.

Holly Silverman contributed to this report.