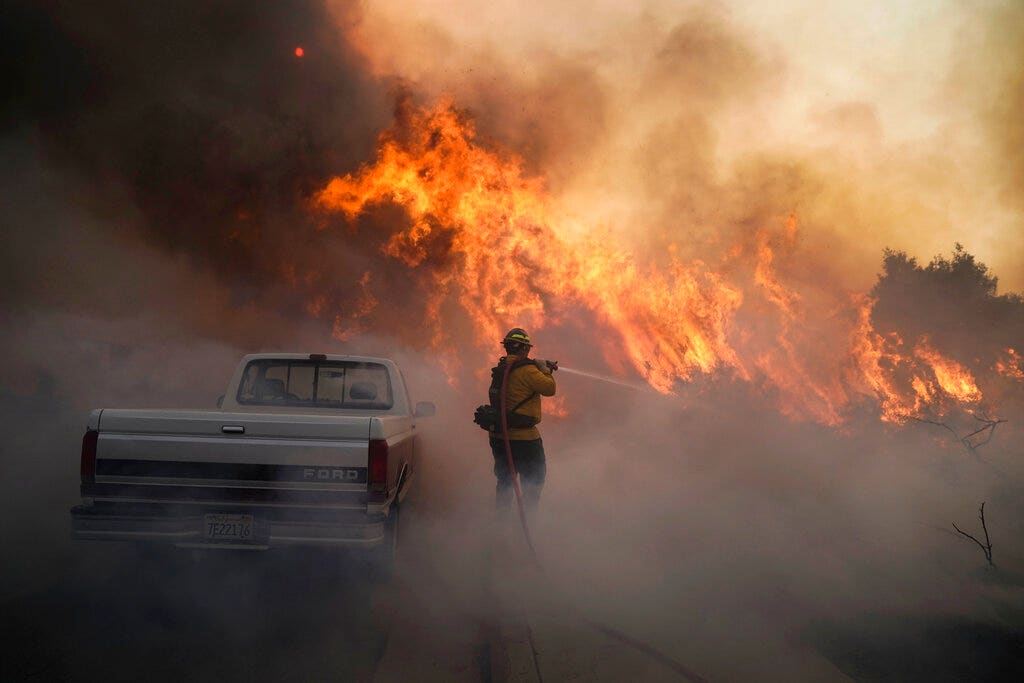 LOS ANGELES – Two firefighters were “seriously injured” in a wildfire in Irvine, California, on Monday as the region experienced dangerous firefighting, which contributed to fast-moving fires that led to the evacuation of more than 100,000 residents.

The Los Angeles Times reported that two firefighters were injured in the fight against the Silverado fire in Orange County.

The report said firefighters were 26 and 31 years old and were currently intubated at Orange County Global Medical Center. The newspaper reports that the two received second- and third-degree burns on more than half of their bodies. It was not clear how the injuries occurred, the Associated Press reported.

“We are doing everything we can for them,” Orange County Fire Chief Brian Fenesey said, according to the newspaper.

Forecasts predicted that Santa Ana would wind at 50 to 80 miles per hour in much of much of Southern California, with some of the strongest gusts blowing through Orange County, where two flames swept through the hills near major city centers.

Southern California Edison reported to the state utility commission, which is investigating whether his equipment may have caused the blaze.

The program said a wire that attached a telecommunications line to a support cable may have struck a 12,000-volt SCE conduit over it.