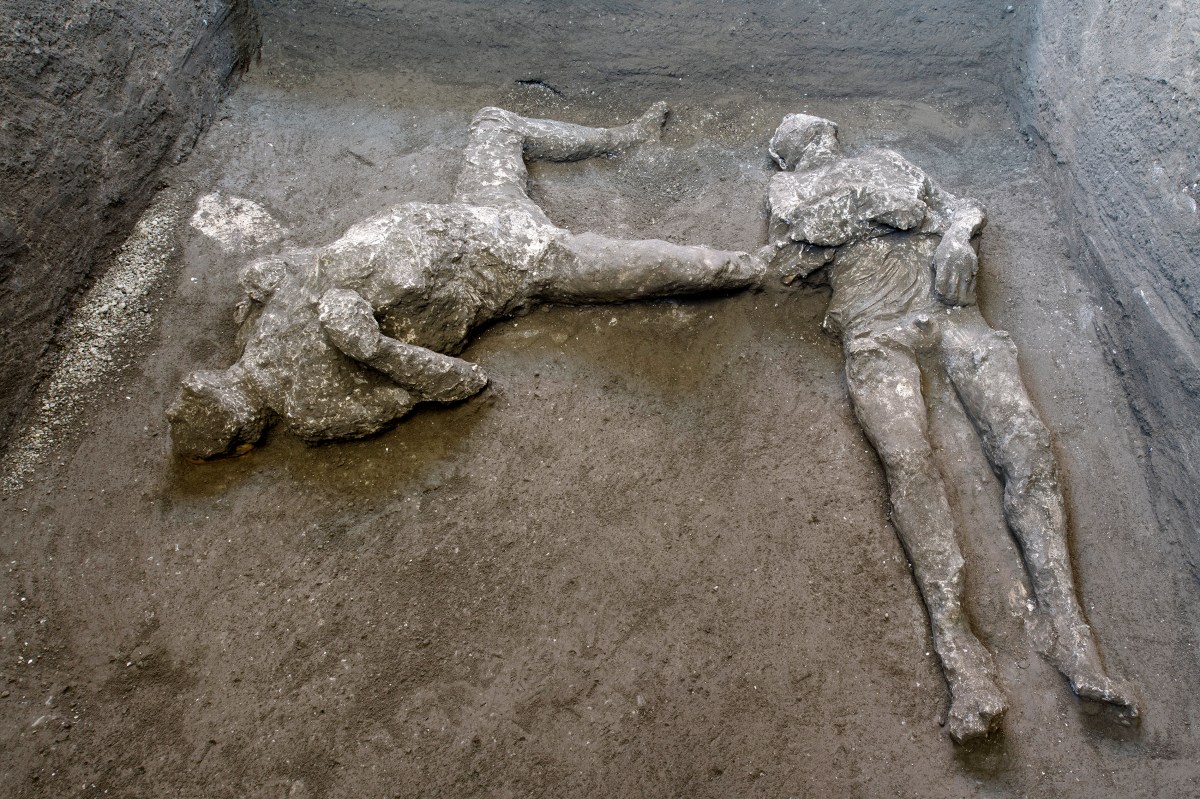 Archaeologists have found the remains of two men – a master and his slave – in the ancient Italian city of Pompeii, apparently fleeing the eruption of Vesuvius nearly 2,000 years ago.

Parts of the men’s skulls and bones were found next to each other during excavations of a once elegant villa with panoramic views of the Mediterranean Sea, Italian authorities said on Saturday.

Scientists believe the couple escaped the original ashes and died the next morning when a second powerful explosion buried them in more than 6 feet of ash, the Associated Press reported.

The house was on the outskirts of the ancient Roman city, which was destroyed by the eruption of the volcano in 79 AD Nearby is a stable, where in 201

7 the remains of three harnessed horses were found.

Probably one man was between 18 and 25 years old and had compressed spinal discs, which shows that he was doing manual labor. Impressions of the folds of the fabric in the ash layer suggest that he was wearing a short, pleated tunic.

The other man was older, 30 to 40 years old, and had a strong bone structure. It looked like a cloak over his left shoulder in addition to a tunic.

Archaeologists poured liquid chalk into the cavities left by the bodies in the ashes and pumice, which destroyed the upper levels of the villa. The technique gives the image of the shape and position of the victims in death, making the remains look like statues.