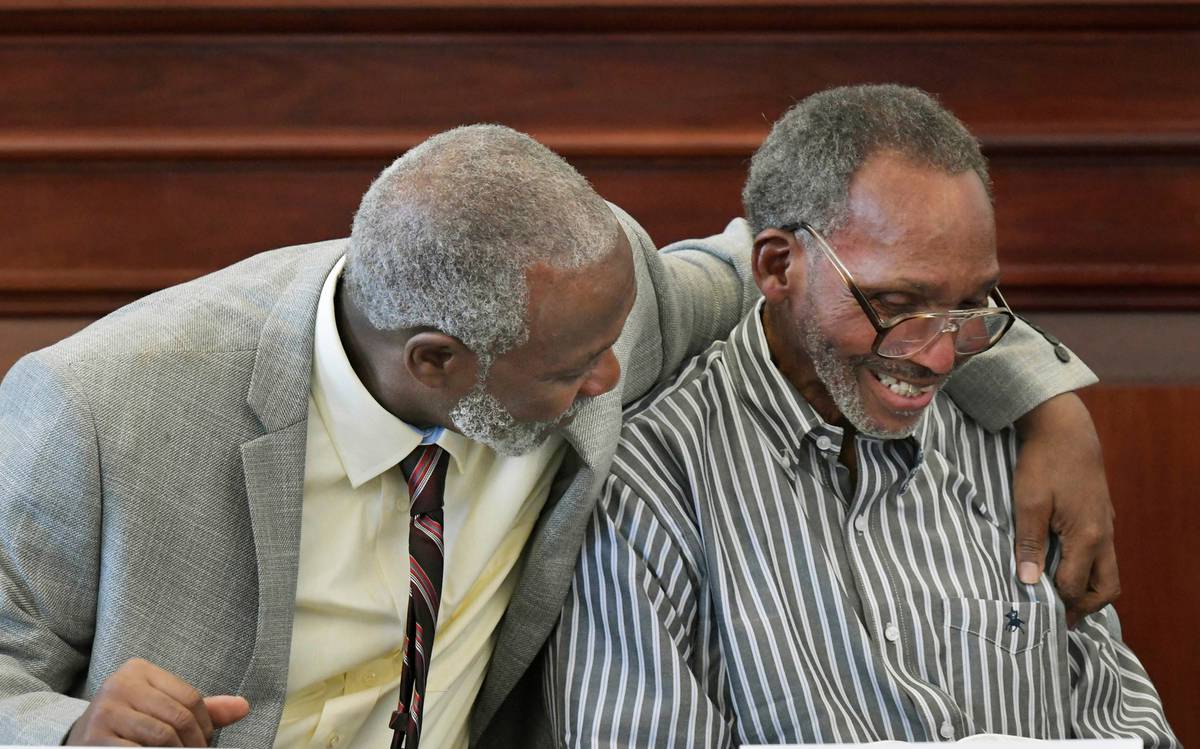 Clefford Williams Jr. and his nephew Hubert Nathan Myers were released from prison, where they have been since 1976.

The two men who were 34 and 18 at the time were at a party in Florida when two women were shot in a nearby home. One of the women died.

The two were quickly arrested and sentenced to life imprisonment after a two-day trial.

Now, 42 years later, the state of Florida threw the case and released the two men.

Williams and Myers shook hands with one long embrace before they went out for free on Thursday.

Myers kissed the ground in front of the courtroom. "I'm nervous because I feel like I'm still locked," he said. "Once I got to my family and I know I can look back … and reality hit, I think I'll be fine."