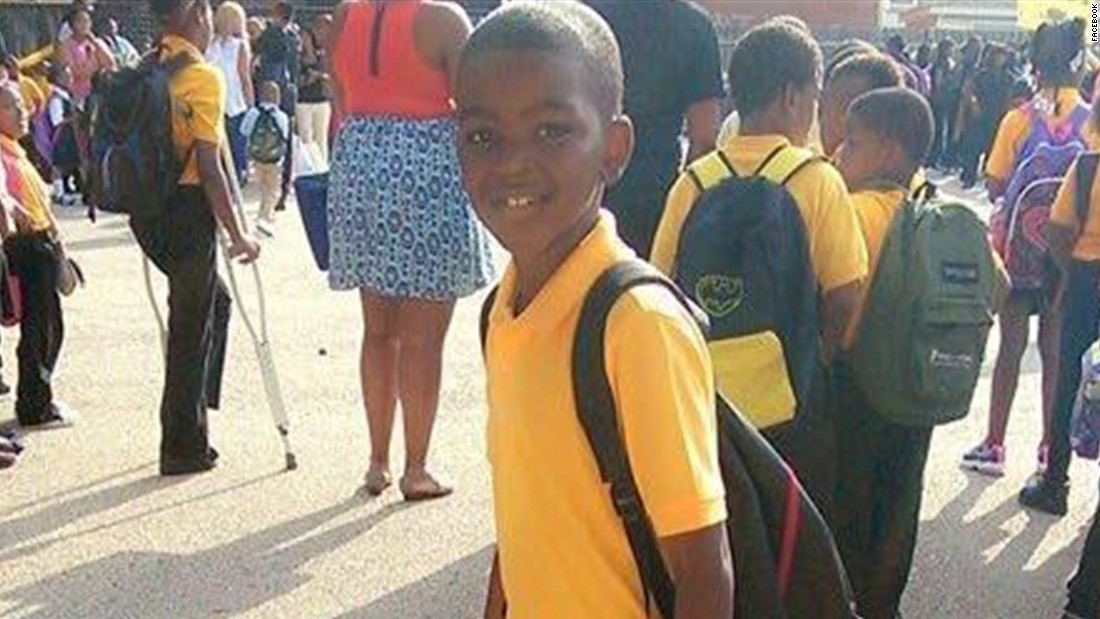 Two of the three men charged with killing the fourth-grader in a case that shocked the city were waiting for him, prosecutor Margaret Hillmann said during opening statements in their trial on Tuesday. They were armed and ready to lure the boy to his death in what Hillmann said was a revenge killing caused to settle a gang feud.

The defendants, Dwright Doty and Corey Morgan, were tried together but before separate juries.

Hillmann said Doty and Morgan, reputed members of the Black P. Stone Nation Bang Bang Gang, or BBGs, that day were looking to exact revenge for the killing of Morgan's brother and wounding his mother one month earlier by members of the rival Gangster Disciples Killa Ward group.

"Shooting Morgan's mother was beyond the pale," Hillmann said in her opening. "There weren't many rules in this feud, but families were off limits. They were untouchable."

Tyshawn's father, Pierre Stokes, is accused of belonging to the Killa Ward faction.

Morgan's brother, Tracy, was shot and killed in a car while with their mother in October 201

"This made Morgan mad," Hillmann said. "He wasn't just mad. He was in a murderous rage, saying he was going to kill grandmas, mammas, kids and whoever he could catch."

Morgan and Edwards allegedly set out to find a Killa Ward member to avenge the death, Hillmann said.

"When they couldn't find Pierre Stokes, they found his 9-year-old son Tyshawn, a fourth grader who had nothing to do with any of this gang nonsense," Hillmann said.

In Dawes Park, Doty approached Tyshawn and spoke to him and even played basketball to gain his trust, Hillmann said. He picked up a basketball and lured the boy to an alley as Morgan and Edwards watched from a black SUV, according to the prosecutor.

"Dwright Doty took out a .40-caliber handgun and he executed Tyshawn in broad daylight,"

An autopsy of Tyshawn's body showed two perforating gunshot wounds, and part of his right thumb was lost as a defensive wound trying to block a gunshot, according to court papers. The boy's body had a gunshot wound to the head, a bullet grazing a wound to his right upper back, and a superficial wound to the right forearm.

Brett Gallagher, a Cook County public defender representing Doty, told jurors that no one saw Doty killing the boy and suggesting the police named her client as a suspect because the city was pressured to make an arrest because of the high-profile nature of the case.

"Ladies and gentleman, Mr. Doty is not guilty. He is not responsible for the death of Tyshawn Lee, "she said.

Gallagher also urged the jury to question the records in the case, noting that anything Doty said about the murder while in jail was not true.

" Within those walls, Mr .Doty was alone. No friends, no family, no freedom to leave, "she said, adding that his jailhouse confessions were just an attempt to be seen as" bigger, badder and more ruthless than he actually was. "

Morgan's attorney, Thomas Breen, suggested to the jury that Doty acted on his own when he killed Tyshawn.

"The execution – and it is the execution of that nine year old boy – has to come from one singularly evil person not from a plan," he said. "His killer did so with his own volition and for his own reason, not at the best or help of Corey Morgan. To think that there is evil out there like this is frightening."

Tyshawn's death shocked residents and authorities. John Escalante, the then-interim Superintendent of the Chicago Police, said that even in a city that witnessed numerous gang-related killings, the slaying of Tyshawn "was something far more sinister."