U.S.-China trade war: Why farmers may be disappointed with the trade deal 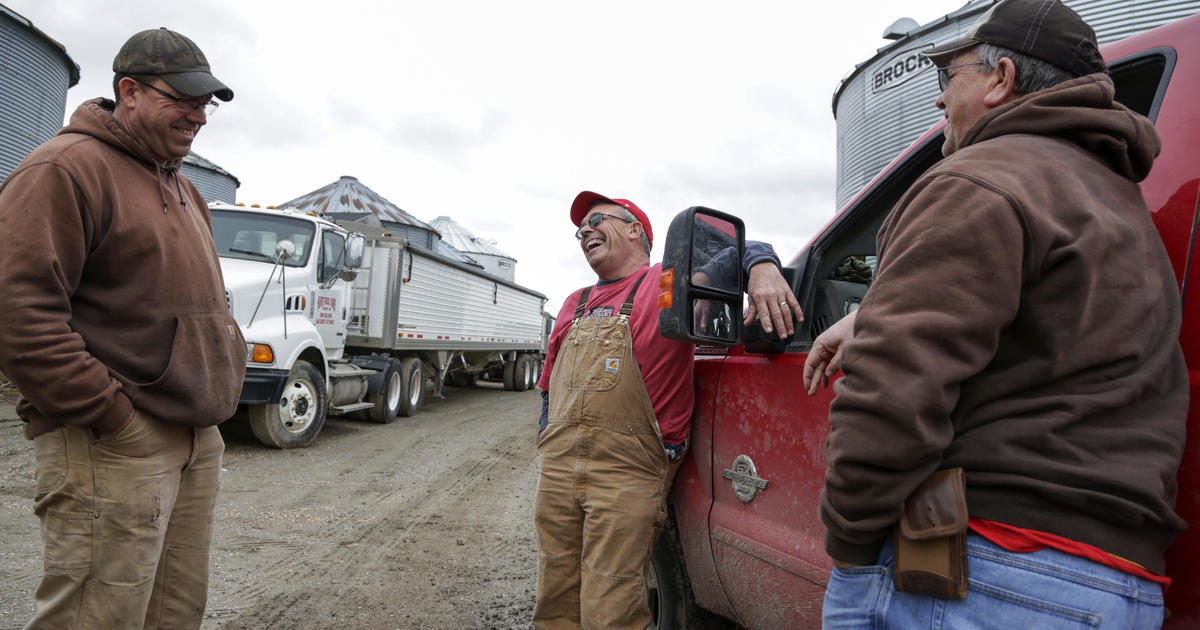 In announcing a preliminary trade agreement with China last week President Donald Trump touted the accord as "the greatest and largest deal ever made for our Great Patriot Farmers in the history of our Country. " Yet questions remain about how great and big the pact will ultimately be for the U.S.

The deal calls for China to buy between $ 40 billion and $ 50 billion a year in American farm products, according to the U.S. trade officials. Experts are skeptical such a goal is achievable.

The reason: Chinese imports of U.S. soybeans, pork and other agricultural commodities peaked in 201

3 at $ 29 billion, according to the U.S. government data. The trade war pushed that figure down to $ 9 billion last year. As a result, simply restoring a Chinese purchase of the U.S.S. farm products to 2013 levels would be a "big achievement," Arthur Kroeber, an analyst with investor advisory firm Gavekal Research, said in a note to clients this week.

Another potential wrinkle is that China's commitment to buying more U.S. farm goods are contingent on their needs and market prices, according to a report in the Wall Street Journal. China may be pushing for the U.S. to drop plans for new 15% tariffs on $ 156 billion in consumer goods due to take effect December 15, using farm purchases as leverage, the Journal noted.

"Shocking! You mean China's not going to buy $ 40-50 billion in ag products until our tariffs are lifted? Couldn't have seen that one coming," Farmers for Free Trade, a lobbying group that opposes the tariffs, said in a sarcastic tweet Wednesday.

"Even with the enormous emphasis President Trump places on restarting US agricultural exports to China, details of the pace of expected Chinese purchases of $ 40 billion to $ 50 billion of American farm products are murky. Nothing is on paper yet," Mary E Lovely, an economist at Syracuse University wrote in a piece for the Peterson Institute for International Economics, where she is a senior fellow.

Beijing confirmed to reporters Tuesday it will increase agricultural purchases from the U.S., but did not offer specifics, the Journal reported.

Meanwhile, even if China does rev up its purchases of the U.S.S. farm products, it won't make up for losses some farmers have already incurred, said Rick Telesz, a soybean and corn farmer in Lawrence County, Pennsylvania. He made the remarks ahead of last week's U.S.-China talks during an Oct. 10 webcast set up by Tariffs Hurt the Heartland, and coal industry groups coalition opposed to trade taxes.

Compared to "what the tarffis did over the long range, it's a fraction of the percentage of the actual loss," Telesz said.

"One purchase, whether it's a contract for 100 million metric tons of soybeans this month, versus what was lost or what they're not doing in the 12 months following, is minimal," Telesz explained. "So sure, it makes for a great headline, everyone thinks things are going in the right direction, but in reality it doesn't guarantee that the market is going to be there in the next months."