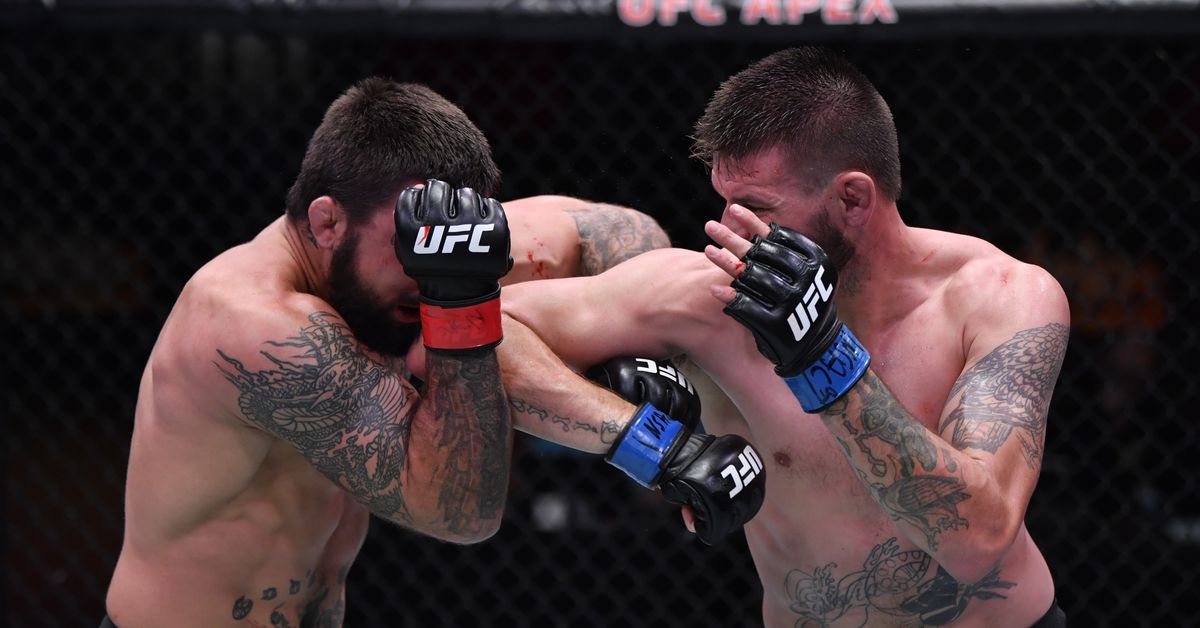 Tim Mines should have known he was at war with Mike Perry, but in the end he just had better artillery.

The welterweight veteran did his best to avoid engaging too many wild exchanges while demonstrating a severe technical kickboxing violation that left Perry with a broken nose and blood running down his face. In the end, Mines won a unanimous decision, with the referees scoring 30-27, 29-28 and 29-28 in his favor.

In a surprise move to start the fight, Perry actually chose to look for a download that may have caught Mines unprepared in the expected battle between the two attackers. Perry almost hooked himself to the rear naked throttle, but Mines survived before returning to his feet.

While he had to watch out for Perry’s knockout power, Maines began to walk him as he created a hard blow and then tried to connect with each combination. The ability to throw straight strikes in the middle gives Perry seizures as his head constantly recedes when he is caught moving forward.

Just as Means seemed to be taking power, Perry plowed forward and cracked the Dirty Bird with a beating right hand. Mines shook for a moment, but he recovered quickly to rely once more on his accurate shot, then moved away from Perry’s attempts to retaliate.

After a little over two minutes, Maines and Perry decided to just start trading heavy leather, and both fighters just blew up, with neither giving an inch. The funds eventually gave up the best and relied on the same straight punches that saw Perry leave the octagon with a crooked nose and a few cuts from the punishment he suffered.

The win moves the funds to 3-1 in his last four fights, while he continues to prove to be a problem for everyone in the welterweight division. As for Perry, he failed to lift weight on Friday and then suffered a loss on Saturday as he dropped to 7-7 overall in the UFC.