'UFOs' Are Flying Out of Supermassive Black Holes and Reshaping Galaxies 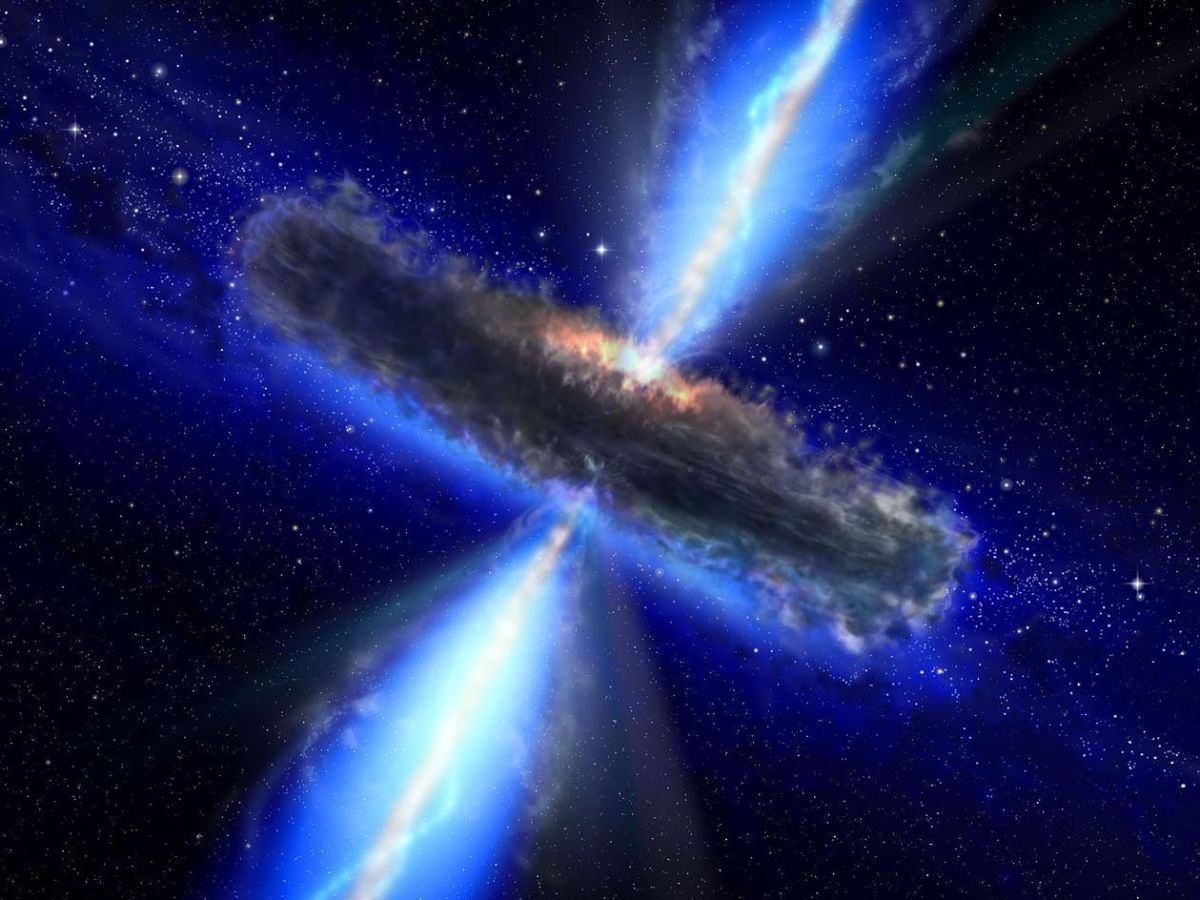 Hot ionized gas is streaming out of the accretion disk of a supermassive black hole and slamming into its surroundings at a significant fraction of the speed of light. And this kind of ultra-fast outflow (UFO) might explain the near empty darkness that surrounds the center of many galaxies, astronomers now say.

These astronomers base their argument, published in the July issue of the journal Astronomy and Astrophysics, on a new observation of galaxy PG 1114 + 445 from the European Space Agency's X-ray Multi-Mirror Mission (XMM-Newton) telescope. For the first time, researchers were able to snap an image of UFOs pushing other material around at the heart of a galaxy.

Their observations showed that energy was being transferred from the UFOs to other winds near the black hole, pushing that Wind to incredible speeds. This is important, the researchers wrote, because it could explain a long-standing mystery about supermassive black holes: The larger the supermassive black hole, the faster the inner stars in its host galaxy move. Gravity alone can't explain this relationship, but if the larger black holes spew more intense outflows that shove out gas at higher speeds, they could also be sweeping away nearby stars and accelerating them to higher speeds.

To make this first-of-its-kind observation, the researchers imaged a UFO alongside two other types of outflows near the black hole: "warm absorbers," which travel much more slowly and are less ionized, and rare "entrained UFOs," which are the result of UFOs mixing with both warm absorbers and loose matter floating between stars. Entrained UFOs are rare; this is only the sixth time one has ever been spotted, and only the first time one has been spotted together with the other two species of outflows. The researchers said that the combined data told a story about how UFOs interact with interstellar space.

"The inner UFO carries a very large amount of both momentum and energy," said study author Roberto Serafinelli, an astronomer at the Brera Astronomical Observatory and Milan, Italy. "[It] is extremely ionized gas ̵

1; the iron is stripped of all but one or two of its 26 electrons – and is launched at extremely high speed – [about] 15% of the speed of light – from the innermost parts of the accretion disk , very close to the supermassive black hole. "

Because this is the only time researchers have seen the three outflows together in one place, they can say with certainty happening in galaxy PG 1114 + 445. And they were only able to see the three flows thanks to the XMM-Newton telescope, Serafinelli said, because it has a sharp enough "energy resolution" to accurately mark the speeds of the different outflows. The next step, he said, is to find similar outflow combinations in other galaxies, and confirm that UFOs are really having this dramatic effect on their interstellar neighbors.