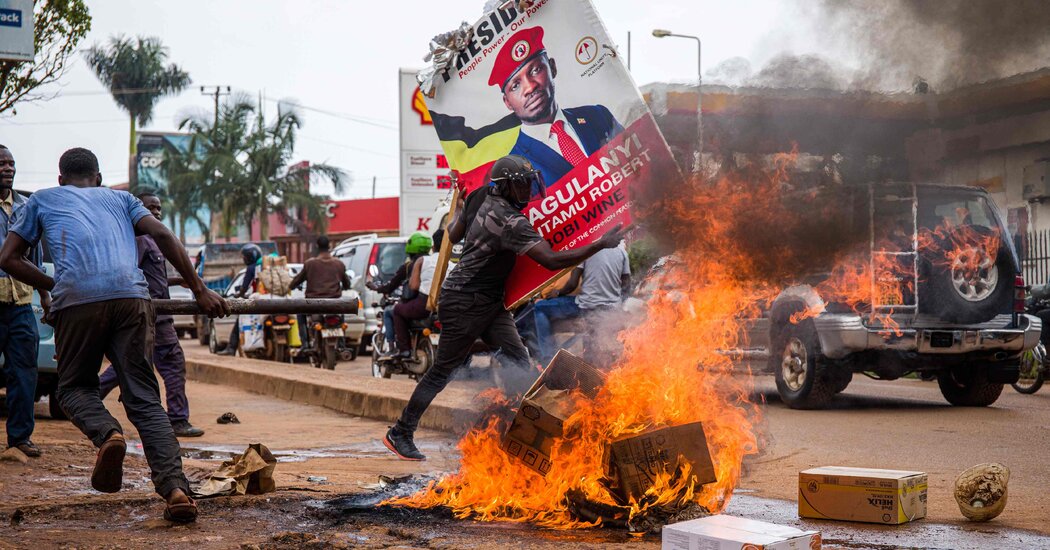 KAMPALA, Uganda – Police in Uganda say three people have been killed and 38 injured in protests in the Ugandan capital on Wednesday after officers arrested Bobby Wine, a musician and opposition politician seeking next year’s presidential election.

Mr Wine’s supporters blocked roads and burned tires in Kampala, prompting police to fire tear gas and bullets to disperse protesters. The riots followed Mr Wine’s arrest in the eastern city of Luuka and his transfer to a police station in Jinja.

9 guidelines, which require presidential candidates to meet or address less than 200 people.

“We are not allowed to see it and we do not know what is happening,” said Joel Sennoni, a spokesman for Mr Wine’s political party, the National Platform for Unity.

Meanwhile, there was “complete chaos” in the capital, said Evarest Cayongo, chairman of the Kampala Traders Association. “The streets are empty. We closed the business because of tear gas and bullets, “said Mr. Kayongo.

Mr Wine, who has been arrested several times in recent years, has captured the imagination of many Ugandans with his constant calls for President Youeri Museveni to step down after 36 years in power.