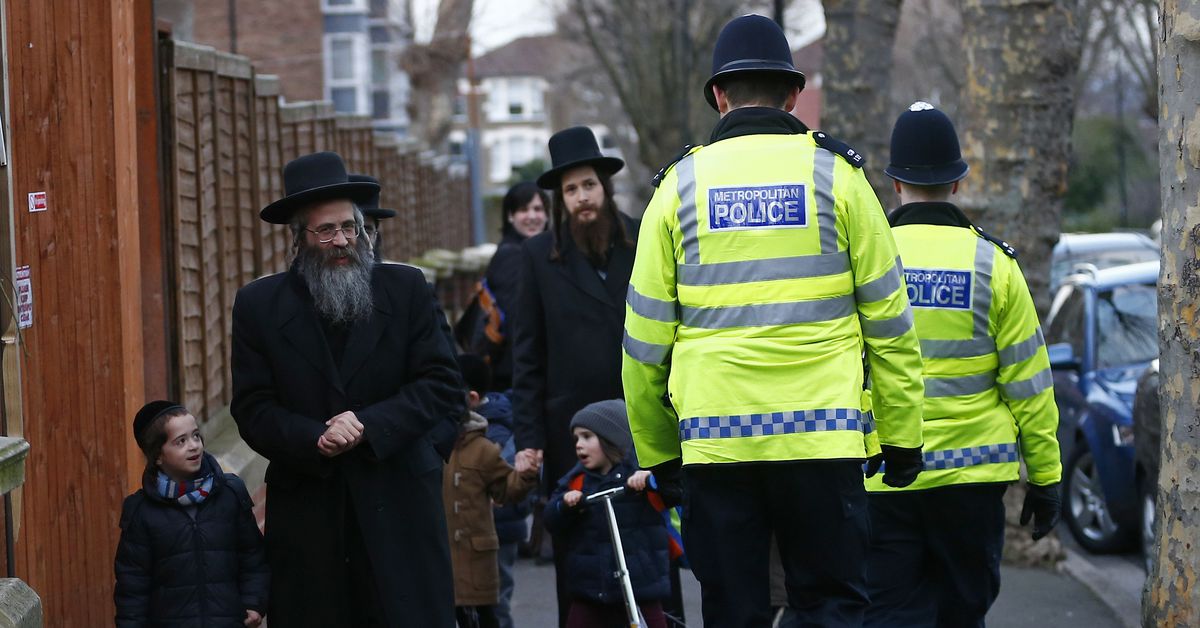 Members of the Jewish community gather their children from a school in north London on January 20, 2015. REUTERS / Andrew Winning

Prime Minister Boris Johnson said Sunday that there was no room for anti-Semitism in society and that British Jews should not tolerate “shameful racism” after a video appeared online showing people shouting anti-Semitic car abuse in London.

Johnson responded in part to a video posted earlier Sunday showing a convoy of cars with Palestinian flags moving through a Jewish community in north London and broadcasting anti-Semitic messages from a megaphone.

Police investigating the incident later said they had made four arrests.

“There is no room for anti-Semitism in our society,” Johnson said on Twitter. “I stand before Shavuot with the British Jews, who should not be able to withstand the shameful racism we saw today.”

His comments cited other incidents of anti-Semitism over the weekend, an aide said.

Israeli-Palestinian violence has reached its worst level in years in the past week. Read more

“Whatever your view of the conflict in Israel and Gaza, there is no excuse for inciting anti-Jewish or anti-Muslim hatred,” Community Minister Robert Jenrick said in a statement.

The British Metropolitan Police said it had received reports of people shouting anti-Semitic abuse from a car traveling in a convoy of vehicles through the St John’s Wood area of ​​north London.

“Officers investigating a video showing anti-Semitic violence from a car in north London have made four arrests,” a police statement said.

The four men were arrested on suspicion of racial disorder and detained at a police station in west London, the police said in a statement.

The Community Security Trust, a charity that monitors the security of the Jewish community, said the convoy was traveling from Bradford, northern England.