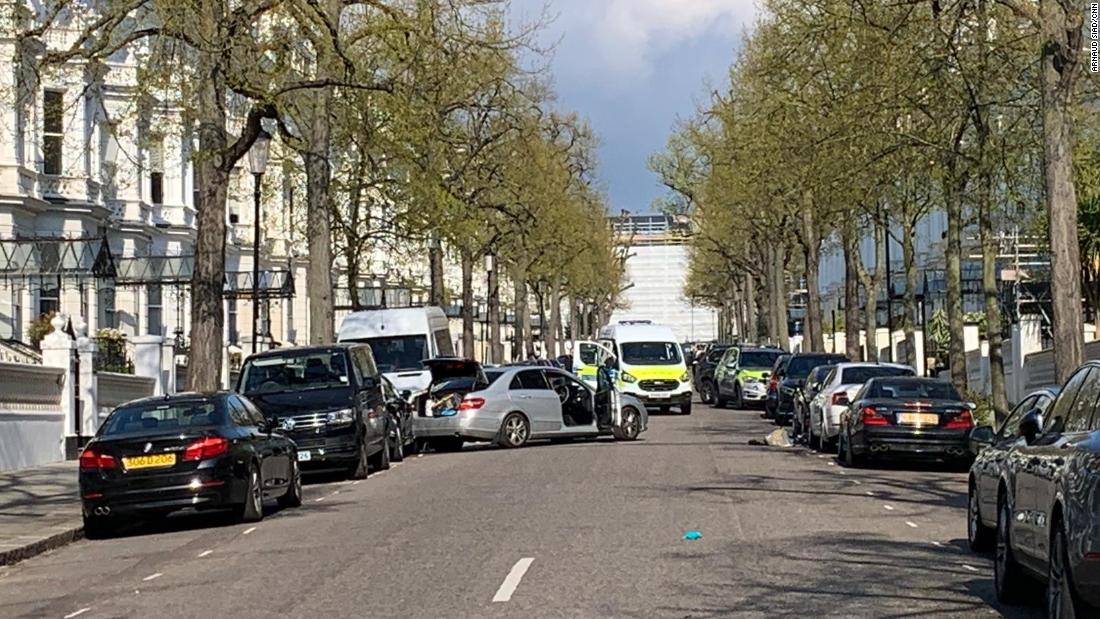 In a statement, the Embassy of Ukraine said the ambassador's vehicle was parked in front of its building in Holland Park, west London, when it was rammed. The London Metropolitan Police said in a statement that a 40-year-old man had been arrested

"The police were called immediately, and the suspect's vehicle was blocked." However, despite the police actions, the attacker hit Ambassador's car again, "the Ukrainian Embassy said in a statement. "In response, the police were forced to open a fire on the perpetrator's vehicle."

The London Metropolitan Police said "armed and unarmed officers were deployed" to the scene at 8:30 I am (3:30 AM ET) after "reports of a car in a collision with a number of parked vehicles near the Ukrainian Embassy."

She added that the man was arrested after a vehicle was driven to police officers.

"He has been taken to a central London hospital as a precaution," the statement said, adding that the man had not been injured. Police said the incident was not treated as terrorism-related.

The Ukrainian Embassy did not confirm if anybody was inside the ambassador's vehicle at the time but confirmed no one was injured.

The Ukrainian Embassy website says Natalia Galibarenko has been its ambassador since 2015.