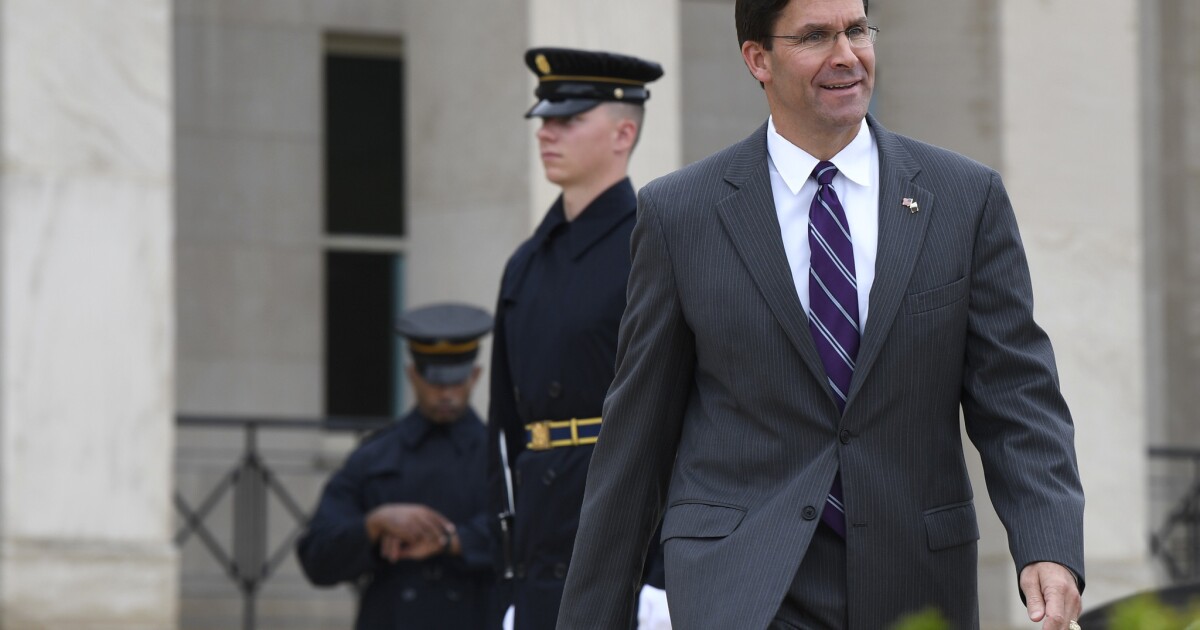 Secretary of Defense Mark Esper announced on Friday that US air defense forces would be deployed to Saudi Arabia.

"The president approved the deployment of US forces that will be defensive," Esper said at the Pentagon. [19659002] The announcement is a response to last Saturday's attack on two large oil facilities in Saudi Arabia, which Iran has been accused of. Saudi authorities say the attack was carried out with explosive drones and cruise missiles, with US Secretary of State Michael R. Pompeo calling it an "act of war".

Esper stated that the weapons were "manufactured in Iran and not fired by Yemen", where initially supported Iranian fighters claimed responsibility. "All indications are that Iran is responsible for the attack."

Iran has denied launching the attack.

President Trump was presented with military options earlier Friday. He has been under pressure from some scathing Republicans to react aggressively to Iran, but he is reluctant to continue hostilities.

"The easiest thing I can do, as I could do it here, would be to say, Next, people, do it," Trump said in the Oval Office on Friday. "And that would be a very bad day for Iran."

He added, "Everything is ready, but I don't look to do it if I can."

Tensions between the US and Iran have increased since last year, when Trump withdrew from the international nuclear deal tampered with by then-President Obama in 201

5. Trump is pursuing a "maximum pressure" policy by escalating sanctions on Iran to shrink its economy, and Tehran responded with increasing provocations such as the seizure of oil tankers and the removal of a US reconnaissance drone.

But recently, however, Trump has expressed his willingness to meet with Iranian President Hassan Rouhani. These plans seem to have been halted.