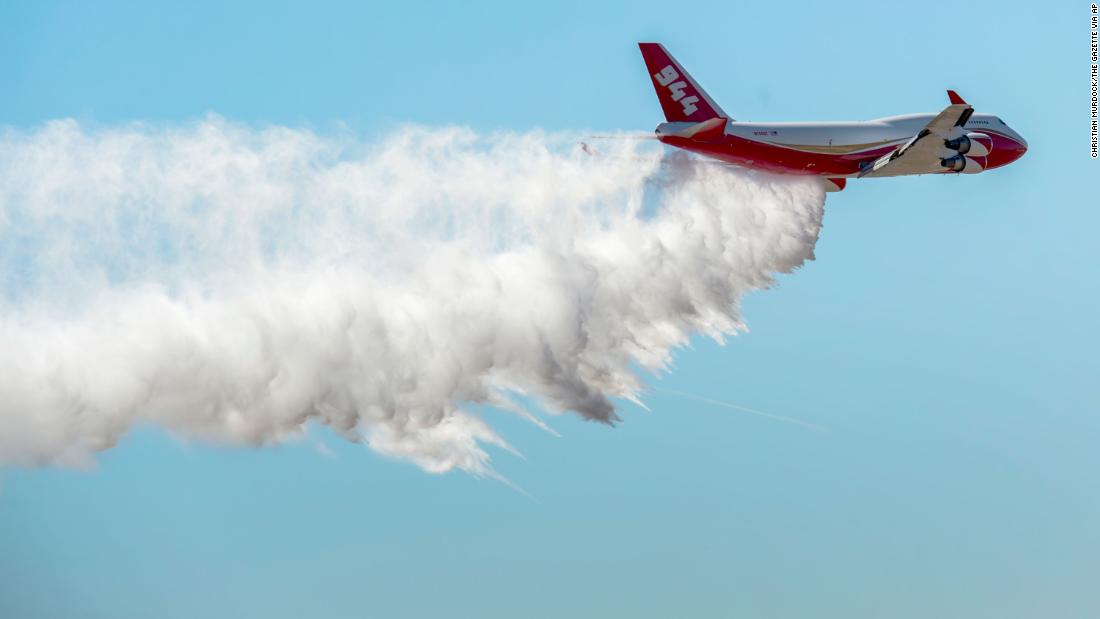 The Colorado-based Global SuperTanker has sent its Boeing 747-400 aircraft to the country in South America for firefighting missions over part of Bolivia's rain forests, the company said.

The B747-400 SuperTanker is in the category of very large aircraft vehicles (VLATs) used for fire fighting. According to the company's website, it can release about 19,000 gallons of travel delay.
Bolivian President Evo Morales tweeted earlier this week that he was hiring a Boeing 747 SuperTanker to help the fire department. efforts in the Chikitania region.

The Amazon covers eight countries, including Bolivia, although most of the forest is in Brazil. Often referred to as the "lungs of the planet", the Amazon forest produces about 20% of the world's oxygen.

Fires are burning at the highest rate since the National Space Research Institute in Brazil began tracking them in 2013, the institute reported on Tuesday. It said that there has been an 80% increase in deforestation this year compared to the same period last year.

Dan Reese, president of Global SuperTanker, travels to South America as part of a 14-person firefighting team in Bolivia. He told CNN there were "an incredible number of fires" in the Amazon and his company was part of the response.

The company said it has made three varieties on Saturday and is preparing for a fourth.
Morales tweeted a video of SuperTanker during his mission.

"The Supertanker and our helicopters are working to put out the fire," he writes. "I appreciate the efforts of so many compatriots, men and women, who are working on this difficult task. We are facing this battle against fire together."