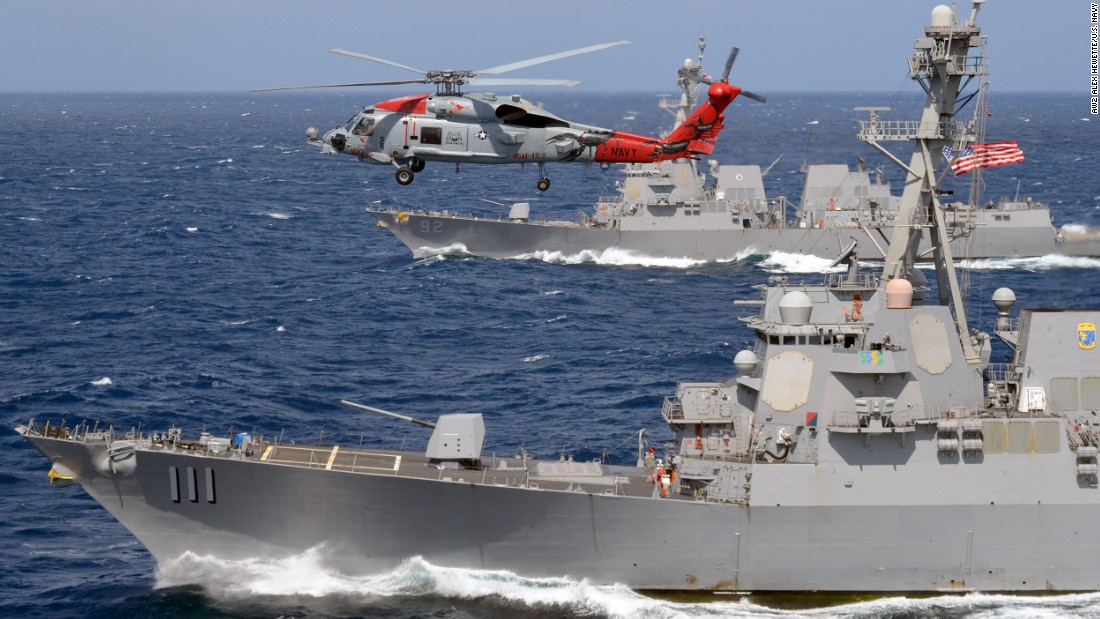 The USS Spruance and USS Preble sailed within 12 nautical miles of the Spratly Islands as part of what the US Navy calls a "freedom of navigation operation."

The operation was carried out "to challenge excessive maritime claims and preserve access to waterways as governed by international law, "Cmdr. Cloy Doss, a spokesman for the US Navy's 7th Fleet, told CNN

"All operations are designed in accordance with international law and demonstrate that the United States will fly, sail and operate wherever international law allows," Doss said, adding "This is true in South China Sea and other places around the globe."

Monday's operation was the second in the South China Sea reported by the US Navy this year. In January, the USS McCampbell Destroyer sailed within 12 nautical miles of the Paracel Islands.

Shortly after that operation, China accused the US of trespassing in its territorial waters – and said it had deployed missiles "capable of targeting medium and large ships. "

At the end of September, the USS Decatur also sailed within 12 nautical miles of Gaven and Johnson reefs in the Spratly Islands as part of a similar freedom of navigation operation

During that operation, a Chinese destroyer came within 45 yards of the US warship, forcing it to maneuver to avoid collision. The US has labeled the Chinese warship's actions unsafe and unprofessional, while Beijing said the US was threatening the security and sovereignty of China

"There has been a steady rise," Adm. John Richardson, the US Chief of Naval Operations, told reporters earlier this month, when asked about China's militarization of the area.

"The weapons systems have been getting increasingly sophisticated so it's something we're watching very closely," he added.

"We've got big interests there, so we're going to stay there," he added, noting that about a third of the world's trade passed through those waters