The Vatican has used its strongest language to date in opposition to euthanasia, calling it an “act of murder” that can never be justified or tolerated and “inherently evil.”

As more countries consider legalizing euthanasia or assisted suicide, a document released today says lawmakers and politicians who support such laws are “accomplices.”

The Vatican has told priests that they must provide spiritual accompaniment to those who have expressed a desire to end their lives through assisted suicide or euthanasia.

But the document states that priests cannot be present during euthanasia as “this can be interpreted as approval of this action.”

The 20-page document, entitled The Good Samaritan, was written by the Congregation for the Doctrine of the Faith, the Vatican’s doctrinal ministry. 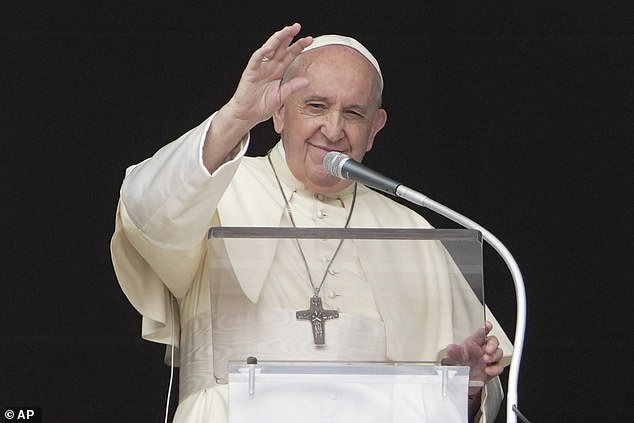 The Vatican has used its strongest language to date in opposition to euthanasia, calling it an “act of murder” that can never be justified or tolerated. Pictured: Pope Francis blesses as he recites the Angelus Lunch Prayer from his studio window overlooking St. Peter’s Square in the Vatican on Sunday.

It included previous statements from the Roman Catholic Church on end-of-life issues, but used stricter language.

The document reads: “Therefore, euthanasia is an inherent evil in any situation or circumstance.

“Euthanasia is an act of murder that no end can justify and that does not tolerate any form of complicity or active or passive cooperation.”

The document takes into account medical progress, the advent of “do not resuscitate” orders and the legal approval of assisted suicide, as well as the Vatican’s new prospects for palliative care, including for children.

One section cited lawmakers as saying that if they passed euthanasia laws and aided suicide, they would become “accomplices in a grave sin that others will execute.” 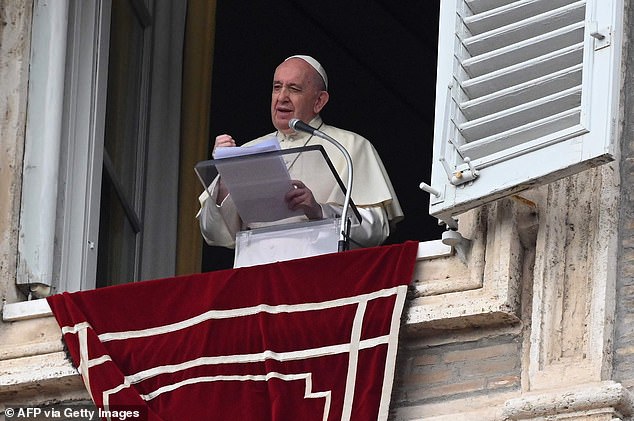 Euthanasia involves a physician who plays an active role in ending the patient’s life, while in assisted suicide, the physician provides a lethal substance that the patient can administer to himself.

Both are legal to varying degrees in about 10 countries, including the Netherlands, Belgium and Luxembourg, and nine US states, as well as Washington.

In February, Portuguese lawmakers approved bills to decriminalize euthanasia and aid suicide. They have not yet become law.

Spain, another traditional Catholic country, is considering legalizing euthanasia, while New Zealand is due to hold a referendum on both in October.

Leading figures in the Catholic Church have consistently spoken out against assisted suicide, which is seen as a violation of divine law.

While still a cardinal, Pope Benedict wrote in 2004: “There may be a legitimate diversity of opinion even among Catholics about warfare and the use of the death penalty, but not with regard to abortion and euthanasia.”

Meanwhile, Pope Francis, who succeeded Pope Benedict in 2013, had previously asked doctors to “reject the temptation” to facilitate euthanasia and aid suicide.

He described euthanasia and abortion as evidence of today’s “discarded culture” in which the sick, the elderly and the disabled are considered unfit for life.

The document calls legitimizing euthanasia or aiding suicide a “sign of the degradation of legal systems.”

A section addressed to Catholic health workers states that their cooperation “should be ruled out” because “we must obey God, not people.” 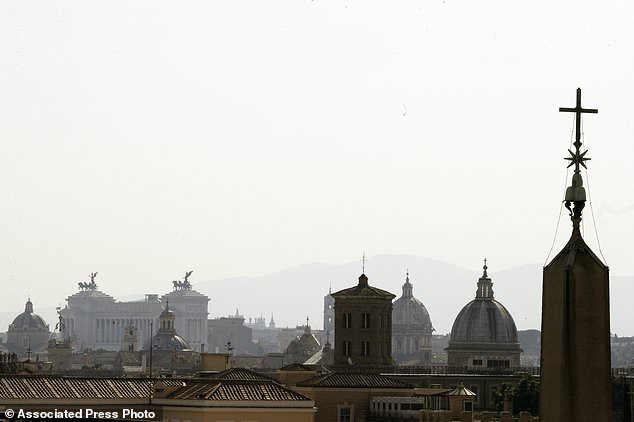 The 20-page document, entitled The Good Samaritan, was written by the Congregation for the Doctrine of the Faith, the Vatican’s doctrinal ministry. Pictured: Rome’s skyline visible from the balcony of St. Damascus in the Vatican on Wednesday, September 16

Governments “must recognize the right to conscientious objection” by health professionals, the statement said.

The Vatican has supported the use of hospice centers and palliative care, including deep sedation to reduce pain.

But it is said that such drugs should never be used to hasten death.

He called for the expansion of “prenatal hospice centers” to provide medical, psychological and spiritual care to parents and children suffering from prenatal pathologies that “do not correspond to life”.

Instead of resorting to abortion, the Vatican said that providing this help “helps parents cope with their grief and see this experience not just as a loss, but as a moment in the journey of love that they traveled with their child.” .

An aging rock star! A “70-year-old” Russian climber first descends into the mountain fever without ropes

The Polish Supreme Court rules out abortion due to fetal defects