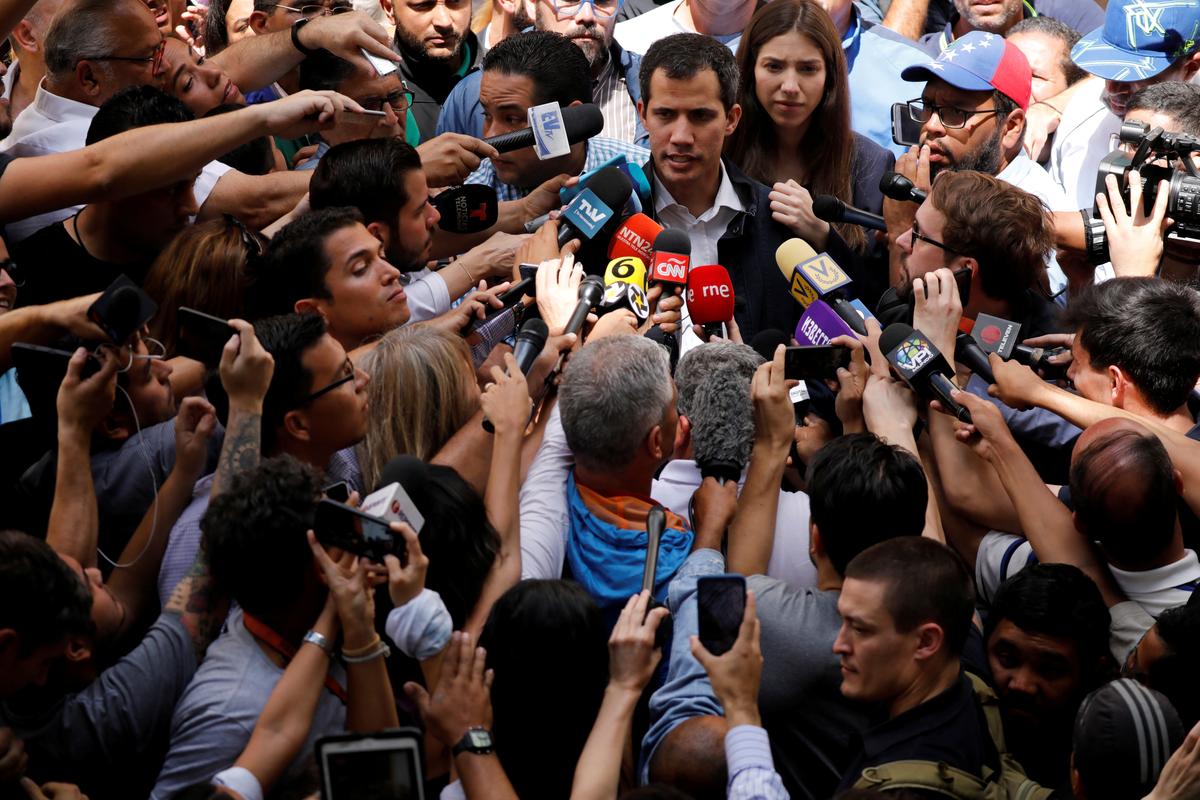 Countries around the world have recognized Guaido as Venezuela's legitimate leader, and the United States has vowed to starve Maduro's administration of oil revenues after he was sworn in Jan. 10 for a second term that was widely dubbed illegitimate.

Maduro says the United States is pushing for a coup against him and promised to stay in office, backed by Russia and China, which has bankrolled his government and fought off his efforts to have his government disavowed by the United Nations.

Guaido said the opposition sympathizers should take the streets on Wednesday to pass out copies of a pamphlet proposing an amnesty that would give some legal protection to members of the military in hopes they will turn against Maduro.

"We must remain united as active agents of change in every corner of the country," Guaido tweeted on Monday. "We're doing well, very well, Venezuela!"

On Sunday, Israel and Australia joined the 35-year-old Guaido, and the United States. President Donald Trump said his government had accepted Venezuelan opposition figure Carlos Alfredo Vecchio as a diplomatic representative to the United States.

Guaido took advantage of a major street demonstration on Jan. 23 that he is sworn in as the country's rightful leader, accusing Maduro of usurping power following a disputed 2018 re-election that countries around the world described as a fraud.

Guaido is asking for help in getting control of Venezuelan government's offshore assets.

In recent days, he urged British Prime Minister Theresa May and Bank of England Governor Mark Carney to block Maduro's government from collecting more than $ 1 billion in gold held by the Bank of England.

Venezuela's once-buoyant socialist economic system has imploded corruption and mismanagement since the collapse of world oil prices in 2014, pushing inflation to nearly 2 million percent and driving millions of Venezuelans to neighboring countries.

Maduro says his government is the victim of a "economic war" led by his political adversaries with the help of Washington, which has levied several rounds of sanctions against the country since 2017.