According to an interview conducted by blockchain security firm Chainalysis with a number of financial professionals at a Bitcoin Money Laundering Conference (AML); Half of those surveyed believe that cryptocurrency will outperform equity, bond and housing markets in the next 12 months. 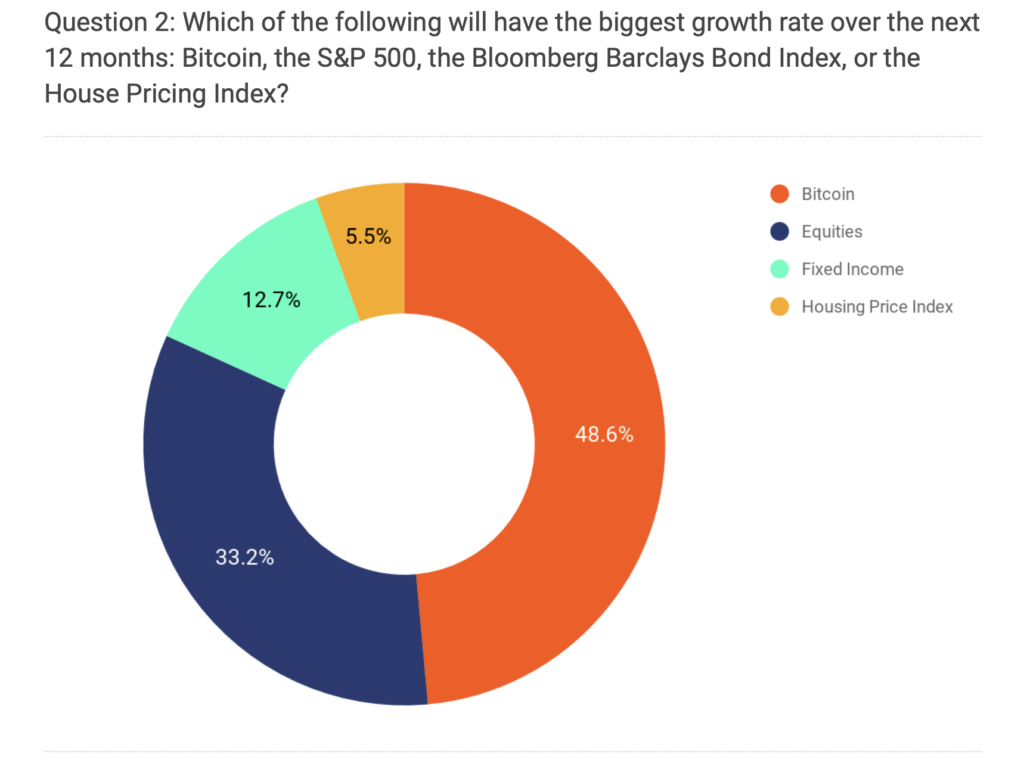 For 48.6% of traditional financial gurus, cryptocurrency will grow at a faster rate than traditional investments, as indicated by the results of the second question asked to respondents.

However, while professionals see a bright future in decentralized digital assets, most say legal and regulatory issues are causing clients to keep their distance, according to a new study published on November 6 in the company's official blog. 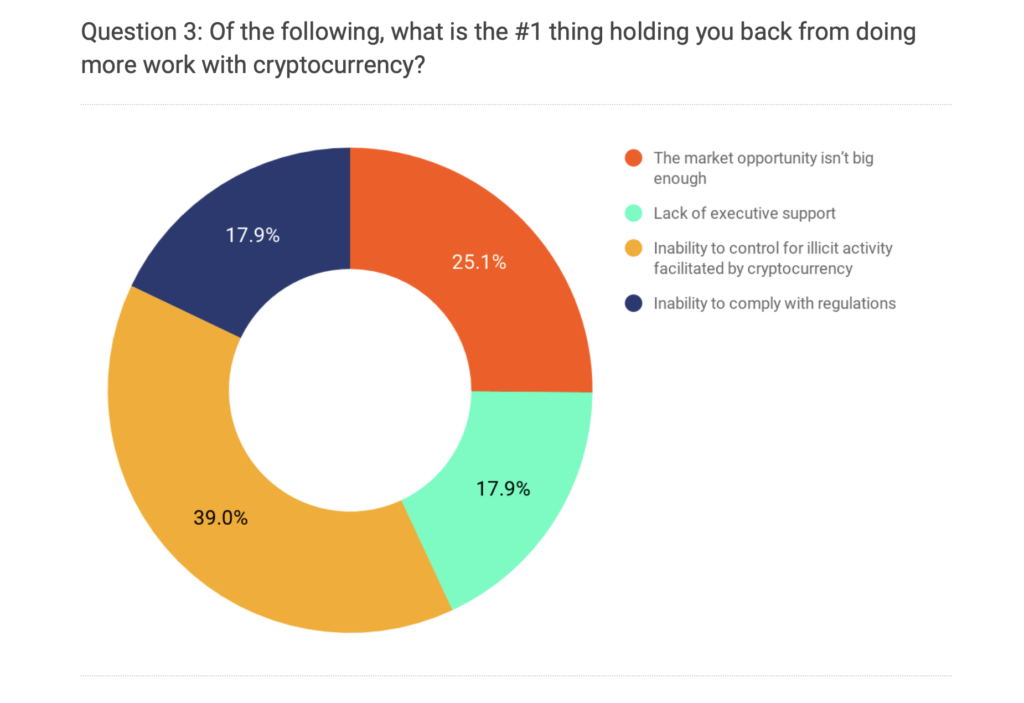 The above also demonstrates total ignorance and understanding of the potential of blockchain technology by the respondents, regarding the possibility of using blockchain to track funds, monitor transactions and detect criminal activity in real life time to mitigate the risk in the alternative funding market.

Compliance with AML and KYC standards is a problem that has motivated organizations such as the Financial Action Task Force (FATF) months ago to comply with cryptocurrency rules, something that Binance already launched publicly this week through an alliance with cryptocurrency intelligence company CipherTrace to support AML on its platform.

The survey consists of five questions and focused on around 350 financial professionals on how they view cryptocurrency for next year, an audience that has traditionally abandoned the crypto ecosystem and who in recent months has been changing its position with more active involvement in products which they are offering in the market of alternative cryptocurrencies.

The first question focuses on knowing the size of the portfolio of clients of the interviewed professionals who invest or transact with cryptocurrency companies, shows that 32.8% of the respondents indicate that none of their clients participated in the sector of digital assets. 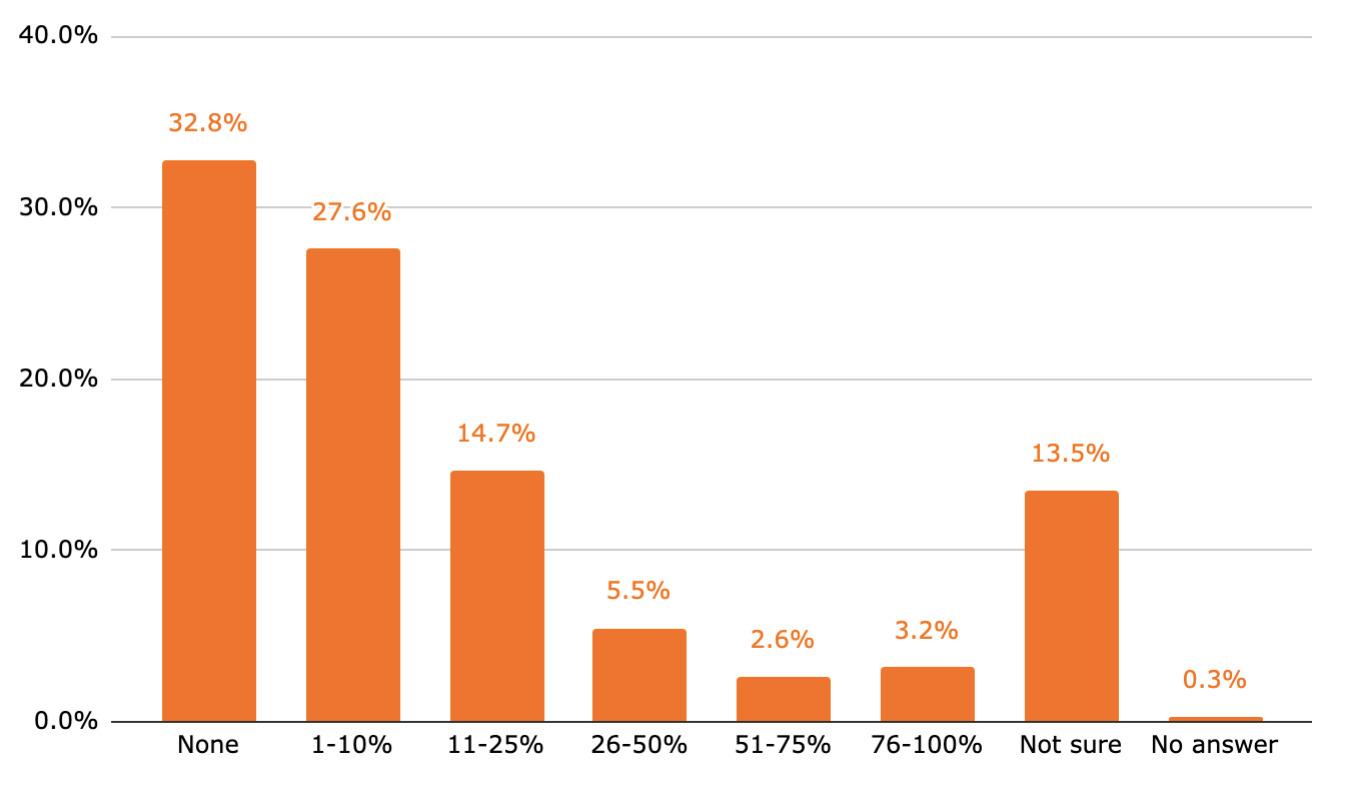 The above is a clear sign of the bankers' ignorance of their clients about the true fate of their finances, according to a September poll conducted by the firm in American territory, where 8 in 10 Americans are familiar with some type of cryptocurrency, of which 18% claim to have purchased one in the last year.

The survey also revealed in this first part that 13.5% of the respondents did not know if any of their clients had bought cryptocurrencies, which correlates perfectly with what we discussed earlier. The company points out that with these results it only provides exposure to money laundering, terrorist financing and illegal activities in general to customers, and does not understand the cryptocurrency activities of these organizations.

The final section of the Survey includes two experimental questions about business approaches and traditional financial institutions to the cryptocurrency market and the view focused on the digital global currency transformation.

In the first case, 44% of the respondents indicated that they would answer. to customer demand for cryptocurrencies as a reason to join this market. 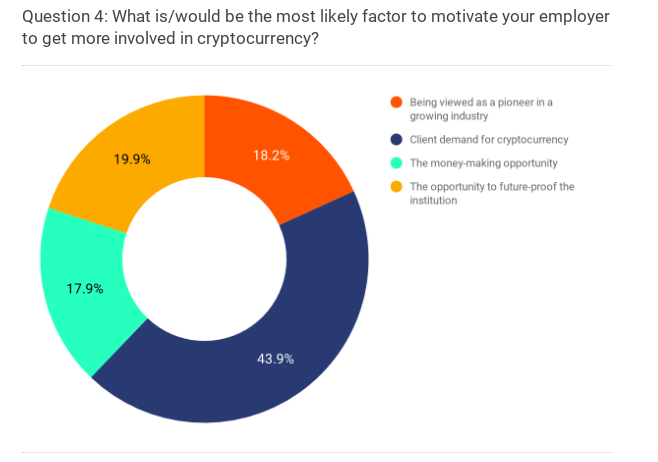 The final question of the study was completed with the conviction of more than one-third of the respondents, convinced that if in the next 5-10 years a digital currency with a global reach was thrown, the asset would is dominated by the United States because of its dollar-based reserve. China ranks second among respondents, followed by the belief that decentralized cryptocurrencies such as bitcoin will continue to dominate the scene of future cryptocurrencies. 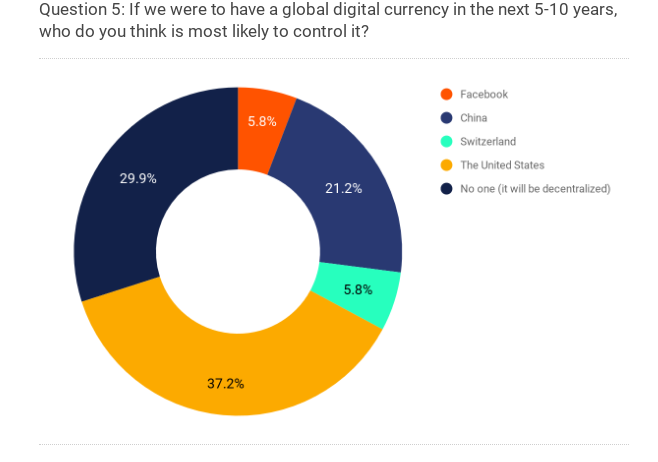