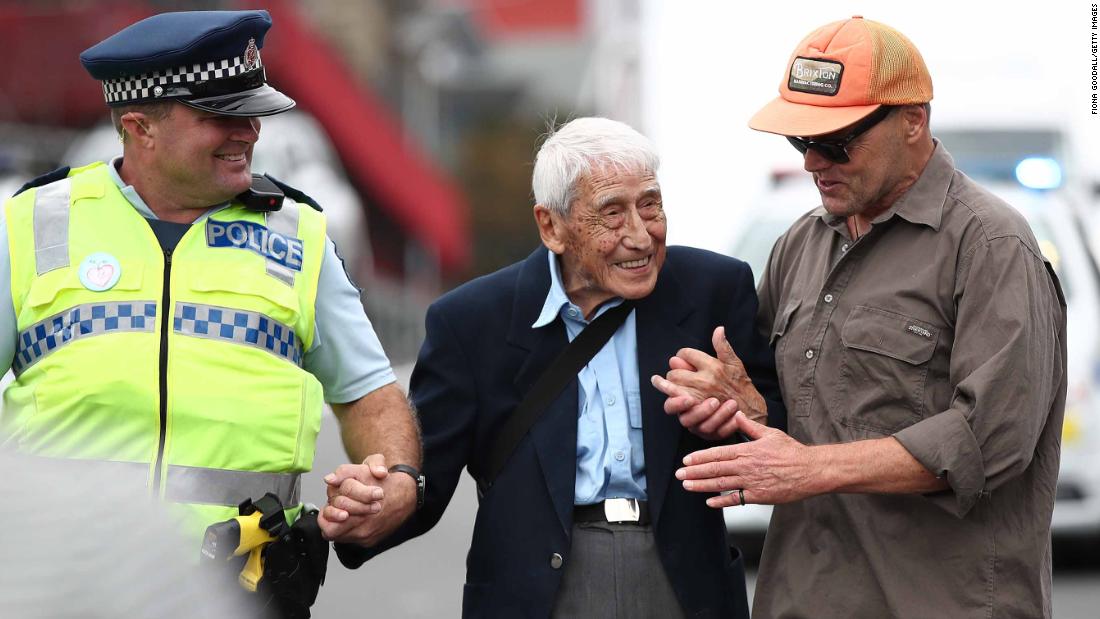 John Sato told New Zealand Radio that he could not fall asleep the night after the 15 March terrorist attacks in which 50 people died.
"I thought I was so sad at night, you could feel the sufferings of other people, Sato said

Once there, he was supported on the hands of a policeman and another man.The scene was shot in a photo taken by Alexa Unnein, who also attended the march

"I was late because I had a back surgery before, "she told CNN." As we tried to catch up, we had enough luck I did not know who the old man was at that time, but it was so beautiful to see him there and how everyone tried to help him become a part of him for what seemed very important to him. "

Sato, whose mother is a Scotsman, and the father is a Japanese, admits he is out of touch with the modern world, but the attacks in Christchurch made him show solidarity with the Muslim community and oppose racism.

"I think it is such a tragedy, and yet it has the other side, it has gathered people, regardless of their race, or people suddenly realized that we are all one, we take care of one another," he continued. After a vigil in a mosque in Pakuranga, not far from where he lived, Sato decided to jump on more buses, get to the city center, and join the big rally

The Pakuranga is about 1

5 minutes from Hawick by bus From there to Aotea, where the rally takes place, it takes about 45-50 minutes by bus, depending

Police and strangers helped him there for the fear of the people who marched, and others said they were going to Sato and were impressed by his incredible mood