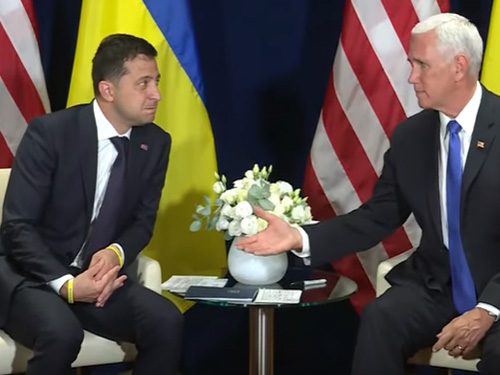 Vice President Mike Pence promised that the United States would continue to support Ukraine during the tensions with Russia after meeting with new Ukrainian President Vladimir Zelensky in Warsaw. Pence and Zelenski were in Warsaw to mark the 80th anniversary of the Nazi and Soviet invasion of Poland, which sparked World War II.