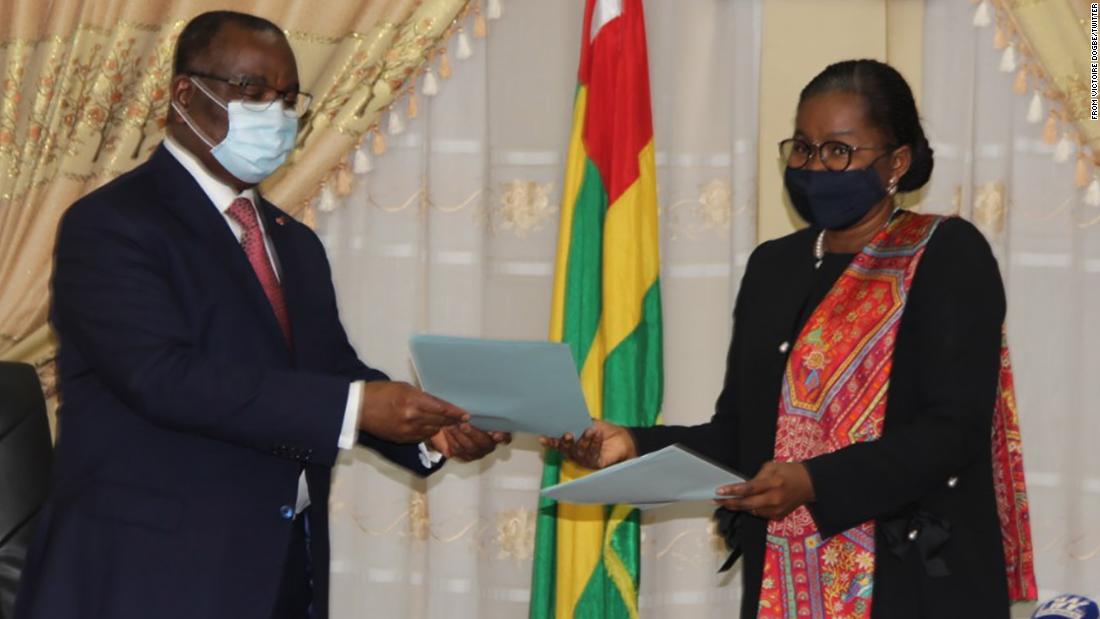 Dogbe, whose appointment was confirmed by President Faure Gnassingbe on Monday, replaces Komi Selom Klasu, who resigned as prime minister on Friday, to the post he has held since 2015.

Dogbe is well known and respected in Togo, having served in several positions in the Gnassingbe government over the past decade, including as his chief of staff, director of the president’s office and most recently as minister of youth and local development, local media reported. .

Prior to joining the policy, she worked with the United Nations Development Program (UNDP), according to the agency.

Her appointment comes after an expected cabinet restructuring, which was delayed by the country’s fight against the coronavirus pandemic, following the controversial re-election of Gnassingbe, who has ruled Togo since 2005.

He took power from his father, who ruled Togo for 38 years before his death, dating back to a 1967 coup.

Despite a series of protests between 2017 and 2019 calling for the end of a family government in Togo, Gnassingbe forced a constitutional reform in 2019 that allowed him to run for election, which he easily won in February 2020. His current term lasts until 2025.
The 56-year-old leader has seen growing opposition, following slow economic growth, allegations of electoral fraud, corruption and human rights abuses.

Dogbe’s has extensive experience in management and administration, which is well placed to help the country achieve the long-awaited economic boom that eluded the country since independence in the 1960s.

Dogbe is deeply involved in the country’s fight against youth unemployment and poverty, introducing reforms that are seen as a local success in her country, according to Togo-First, the country’s online publication.
As parliament awaits Dogbe’s political plan, observers want to see what an economic difference its reforms can make in a country where half the population lives below the poverty line, according to a 2014 International Monetary Fund report.