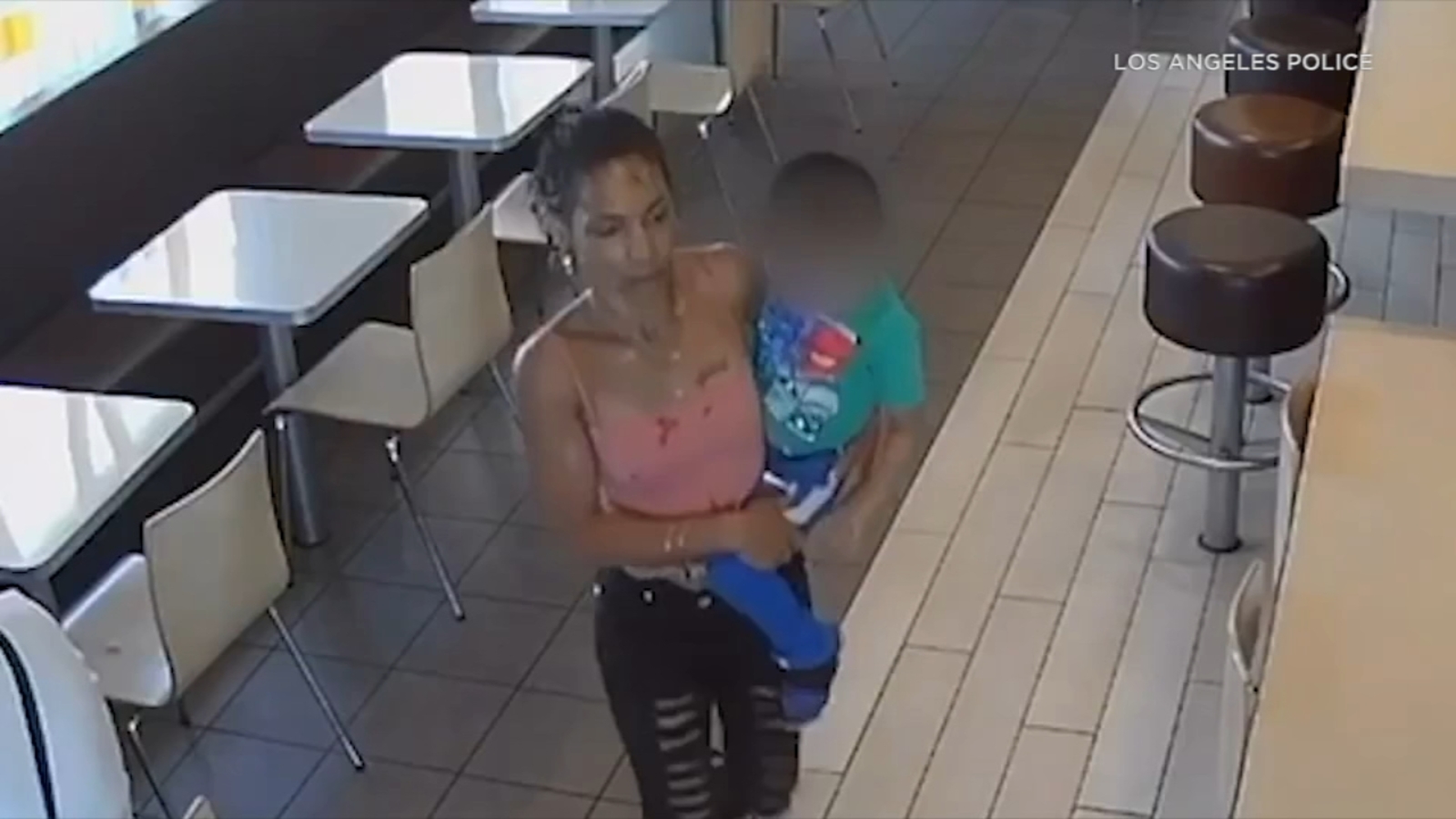 LOS ANGELES – A woman was caught on a camera taking a child from a McDonald's restaurant in Los Angeles.

Surveillance video shows the suspect picking up the boy inside the restaurant.
Police said the suspect attempted to enter a parked vehicle with the child.

A little girl alerted to the incident, the police said, and the suspect then ran away from the area.

We need your help to identify & arrest this kidnap suspect. On May 1

4 she kidnapped and 4 yr old from inside McDonald's restaurant on Olympic Blvd & Central Ave, but fortunately witnesses intervened & she let the child go. Any info contact LAPD RHD Detectives (213) 486-6840. pic.twitter.com/afwKooT1Bn

The Los Angeles Police Department is also investigating another attempted kidnapping of a 4-year-old boy that occurred around 11:15 am

Police said the female suspect approached the child on Martin Luther King Boulevard and San Pedro Street in LA, pulled his hand and attempted to walk away with the victim.

The boy was walking alongside a family member at the time, police said.

The suspect was stopped by a witness and ran off.

Detectives are searching for the suspect and investigating to determine if the two incidents are related.