Vince Refet, a Jetman pilot, died in a training crash in Dubai 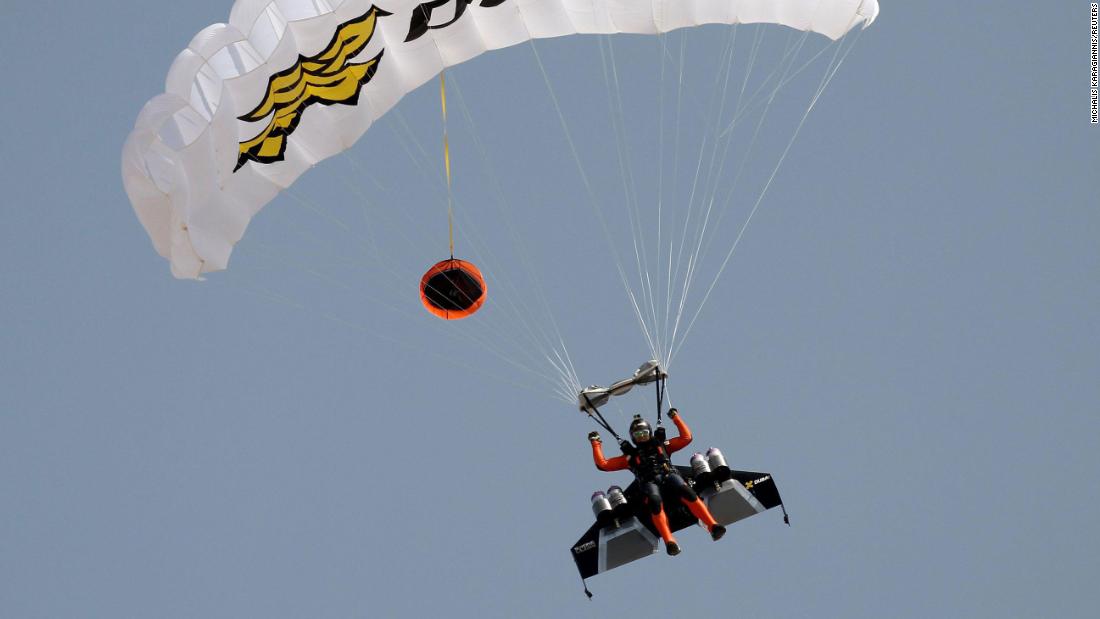 The incident took place in Dubai on Tuesday morning local time, the company said in a statement posted on Facebook.

“Vince was a talented athlete and a much loved and respected member of our team,” the statement said. “Our thoughts and prayers are with his family and all those who have known and worked with him.”

Jetman Dubai has developed a jet-powered wing capable of taking off from the ground and then moving to high altitude flight.

In February, Refet, whose stunts with the jetpack went viral on social media, was the first pilot to demonstrate the transition to high-altitude flight.

Jetman pilots have previously fired from raised platforms, such as a helicopter. Reffet was the first to fire from the ground.

The company said it was announcing Refet̵

“We work closely with all relevant authorities and ask you to keep Vince’s family in your thoughts and prayers,” he continued.

The Jetman Dubai’s carbon-fiber wings are powered by four mini-jet engines, and the team’s engineers were able to create a manually operated thrust vectoring nozzle that allows pilots to “control the rotations around the axis of rotation at zero speeds.”

The axis of inclination is perpendicular to the wings and allows the pilot to rotate left and right while flying horizontally.

Pilots can hang, stop, turn and maneuver, even perform rollers and cycles.

In 2015, Refet and his fellow pilot Yves Rossi flew to Dubai with the world’s largest passenger plane, the Airbus A380.

Reffet, 36, was also known for jumping BASE and jumped from Burj Khalifa, the tallest building in the world, in 2014.