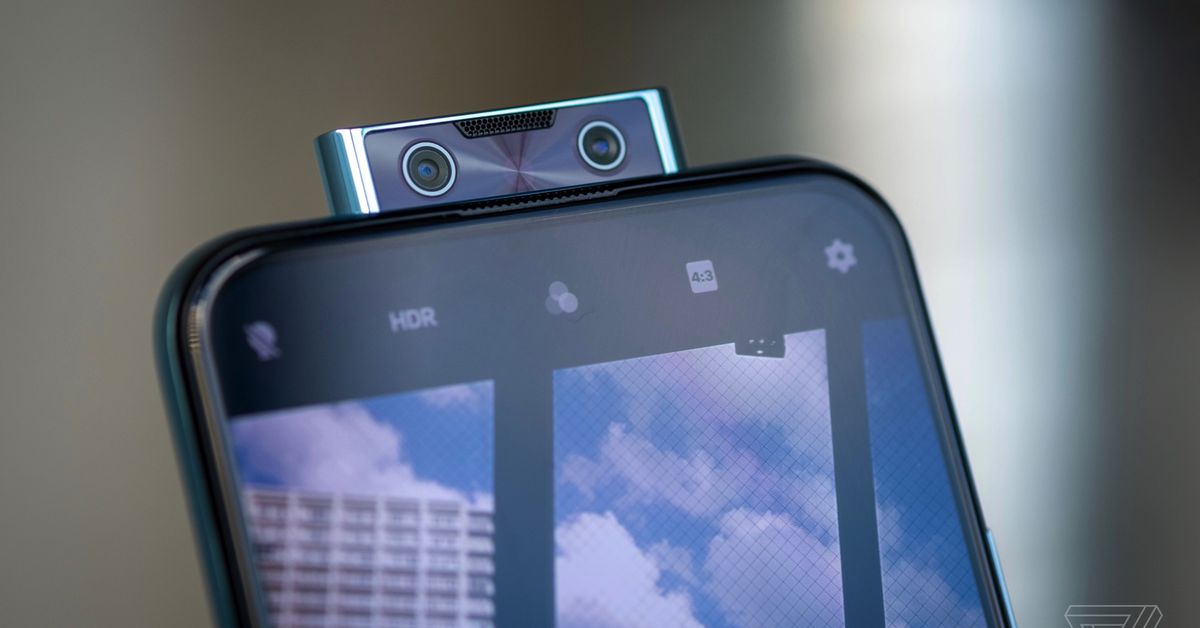 Right on the heels of the sleek experimental Nex 3, Vivo announced a new mid-to-high end phone. The V17 Pro will serve as the company's headquarters in many of its regions or for people who are not yet ready to give up the volume buttons.

The V17 Pro has the same Snapdragon 675 processor as the V15 Pro, which was released earlier this year, but otherwise basically everything is brand new. It comes with 8GB of RAM as standard, the battery is increased to 4,100mAh, and assembly is noticeably larger by 9.8mm thick.

Part of this volume can be counted by the battery, but the new selfie camera pop-up module probably also has something in common. The V1

7 Pro has two selfie cameras, including a 32-megapixel main sensor and 8-megapixel ultra wide, both housed in a rectangular module that rises behind the screen. The motorized module also includes a headset and LED that can provide charging light.

Pop-up cameras allow Vivo to deliver a display without large frames or slots, and the panel in the V17 Pro is great. This is a 6.44-inch 1080p OLED with 100% DCI-P3 coverage and a 20: 9 aspect ratio, which is slightly higher (or wider in landscape) than most phones around. The difference is not huge, but it is noticeable and allows for a larger screen that still doesn't feel too wide everywhere. As you might expect from Vivo, there is a fingerprint sensor on the display.

At the back of the phone is a four-camera array that includes a 48-megapixel main camera, a 13-megapixel 2x telephoto camera, an 8-megapixel ultra-wide camera, which Vivo also likes for its macro capabilities, and 2- megapixel depth sensor.

It's a fitting setting, but I'm not in love with the physical location here – the rectangular camera button is located in the middle, with a raised chrome edge that you can feel when holding the phone. I would have preferred Vivo to have kept the cameras in the top corner or managed to completely eliminate things, as the stable Oppo did with the Reno line. This is a pretty thick phone that can be a problem.

The V17 Pro still makes room for a headphone jack and in particular is the first Vivo V-series phone to switch to USB-C. The V15 Pro's micro USB port felt a bit anachronistic to the otherwise impressive device, so that's a welcome change.

Overall, the V17 Pro looks solid, but at 29,990 rupees ($ 422) in India, it can be difficult to sell much beyond hardcore selfies and haters. The choice of processor is a bit surprising – the Snapdragon 675 is overweight, but there are Snapdragon 855 phones like the Xiaomi Redmi K20 Pro that cost less than that.

Then again they do not have six cameras. The V17 Pro will be available soon starting in India.