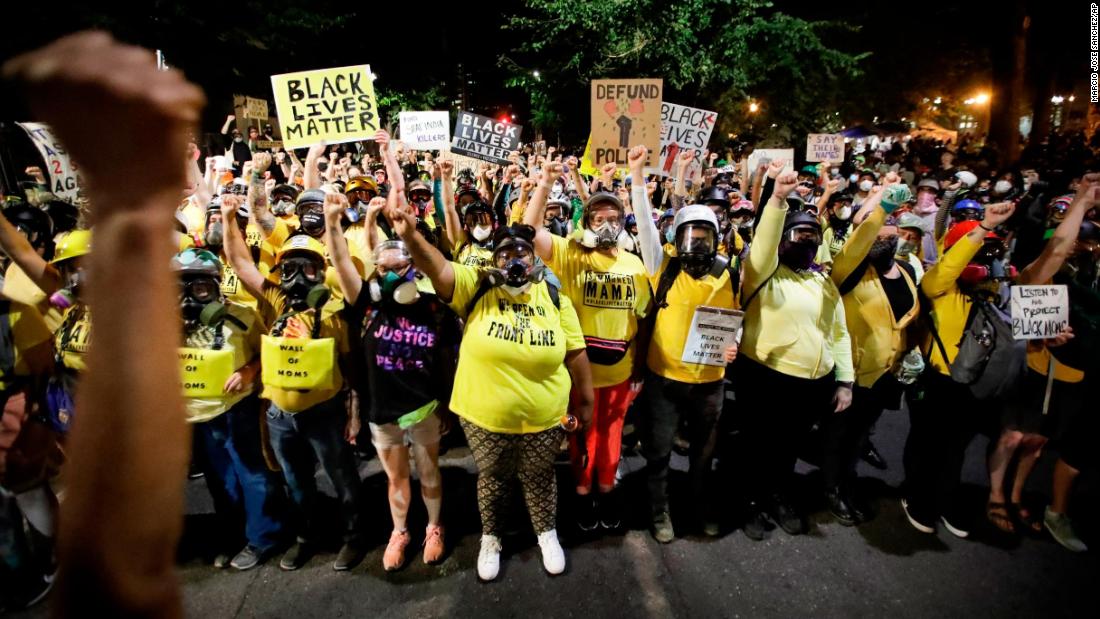 Some of these documents, the paper said, reveal the techniques of intelligence analysts and ask naked questions to DHS about the nature of the Portland protests.

The department told the Post in a statement that the reports “were prepared under pre-established intelligence classification requirements, which were developed through a rigorous process to incorporate legal and intelligence oversight guidelines.”

Asked for comment, DHS condemned the actions of its intelligence department, saying that acting secretary Chad Wolf had directed the service to “immediately stop” the collection of information involving journalists. Wolff also ordered an investigation, according to a spokesman.

“In no way did the acting secretary approve of this practice, and he immediately ordered an investigation into the matter,” a DHS spokesman said in a statement.

A collection of current and former officials told the newspaper they were alerted to the inclusion of reporters in a government system designed to disseminate information about suspected terrorists.

John Sandweg, who previously served as the department’s chief adviser, told the Post Office: “This has no operational value.”

“It will just damage the reputation of the intelligence office,” he said.

The message was voiced by Steve Bunnel, who for many years was the department’s general council under President Barack Obama.

“Disseminating intelligence reports, including to a number of state and local law enforcement agencies, about the DHS leak to a reporter seems strange to me,” he told the Post.

In a series of tweets responding to the audience’s post, Wittes said, “I’ll have more to say about this story once I look at my legal options.”

“I’m not worried that DHS staff shared my tweets internally. That’s certainly appropriate, given that the tweets contain information from DHS I&A. The content of these intelligence reports is harmless enough,” he said.

“What’s disturbing about this story is that I&A shared my tweets * as intelligence, * that is, the intelligence part of the government filed a citizen report on the core business of journalism: disclosing information that is important to the government to the public. . “

CNN national security analyst Susan Hennessy, a Wittes’ colleague from Lawfare and a former National Security Agency lawyer, blew up the agency. “The DHS employees responsible for this are fundamentally unworthy of the trust of their fellow citizens,” she tweeted.
News of the intelligence reports comes as federal officers prepare to leave Portland, according to the Oregon government’s Kate Brown

The presence of federal agents arriving earlier this month has escalated tensions in the city, which have seen long and sometimes violent protests over the past two months over demands for racial justice and police accountability.

“I think we had enough political knowledge from DC,” Brown tweeted Thursday morning.

“The president’s plan to” dominate “the streets of American cities has failed. Today, federal troops are preparing to leave downtown Portland. We will defend freedom of speech and the right to protest peacefully.”

This story has been updated with comments from the Ministry of Internal Security.

Teresa Waldrop, the Sands of Geneva and Gregory Lemos contributed to this report.

The northeast could face winds of 50 miles per hour, strong enough to cut off power.