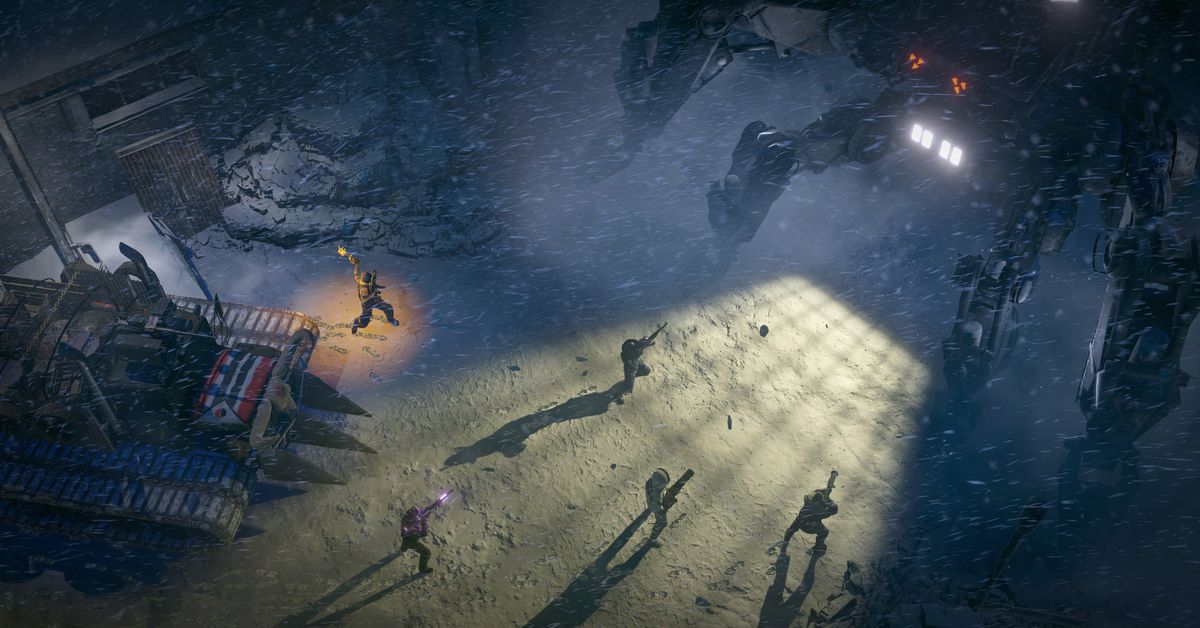 Wasteland 3 looks like a snowier, more elegant and more substantial version of its five-year-old predecessor, Wasteland 2 . Earlier this week, I played a piece of the game – based on a demo sent to bakers who helped crowdfund the game – and enjoyed the various tweaks and additions that were added to the series' role-playing formula. According to developer InXile, the budget of this game is three times higher than the latter.

Post-apocalyptic history moves from the dry places of Wasteland 2 in Arizona and Los Angeles to the freezing heights of Colorado. His story centers around a local boss called the Patriarch, who runs a society founded by former mega-rich Armageddon preparers.

Introduced from above, I play as a group of rangers who swim across ramifications, from one dangerous place to another, seeking the alien children of the elderly patriarch. They went rogue, threatening to destroy the boss's power.

My team of seven fighters now includes a vehicle that takes me to blizzard outposts. I enjoy how the vehicle cuts through snowy roads, picking up rain and dirt. In the maps, I explore the mountain roads until I get into a bit of history, often in the form of combat.

The game is built around a series of encounters between my indecisive rangers and a gang of enemies, including the usual post-nuclear steel, as well as robot dogs and other kids.

Combat plays in the style of XCOM. Every member of my party is a specialist, like a sniper or a neighborhood shooter. They carry two weapons as well as an additional piece of kit, such as a grenade or a stand alone weapon tower. As the game progresses, they gain upgrades in their combat capabilities and collect new weapons and armor. They also enhance various skills such as mechanics and lock selection, and attract social skills that help during tree-talk sections.

The overall goal is to develop team members so that their skills become advanced enough to advance while complementing each other. Non-combat decisions are often the best way forward, but can only be reached by characters who have unlocked specific skills.

The paint has been reworked since the last game and feels more user-friendly. Instead of team members forming an orderly line to alternate, I can choose between my people using action points to create the most effective tactical games. Actions, as before, include ambushing enemies and firing at certain parts of the body, as well as reloading or using supplies such as health packs. Inventory (single player mode) is now shared among all characters, simplifying a lot of lives.

Usually there are different access points and potential hidden places to use. Cover, line of sight and elevation are crucial to a successful fight that works based on statistical probability. If I try to shoot at an enemy with a low probability of hitting them, I'll probably regret my stupidity.

My vehicle is a hero in its own right, which adds power to combat situations, where it takes its turn in battles, firing and slicing enemies, as well as removing obstacles and creating deflections. But it is forbidden by some battle sections.

In the general map, actions are also simplified. If I need a player who, say, chooses a lock, I click on the problem and the team member who can best handle the task appears. This useful part of user interaction has been much sought after by players since the release of Wasteland 2 and was added in a later version by Director Cut.

Much of the extra budget is spent on voice acting and conversation scenes in which various characters offer optional story paths. In my demonstration, I followed the Patriarch's mad son, Victory, to the ruins of Aspen. Once in the corner, we had a little chat. I had the opportunity to either kill him, capture him, or allow him to join my team. Each of these options creates a different result when I confront the Patriarch once again. The story seems fascinating, as is often the case with InXile games.

Wasteland 3 is published by Deep Silver and will release in spring 2010 for PC, PlayStation 4 and Xbox One.