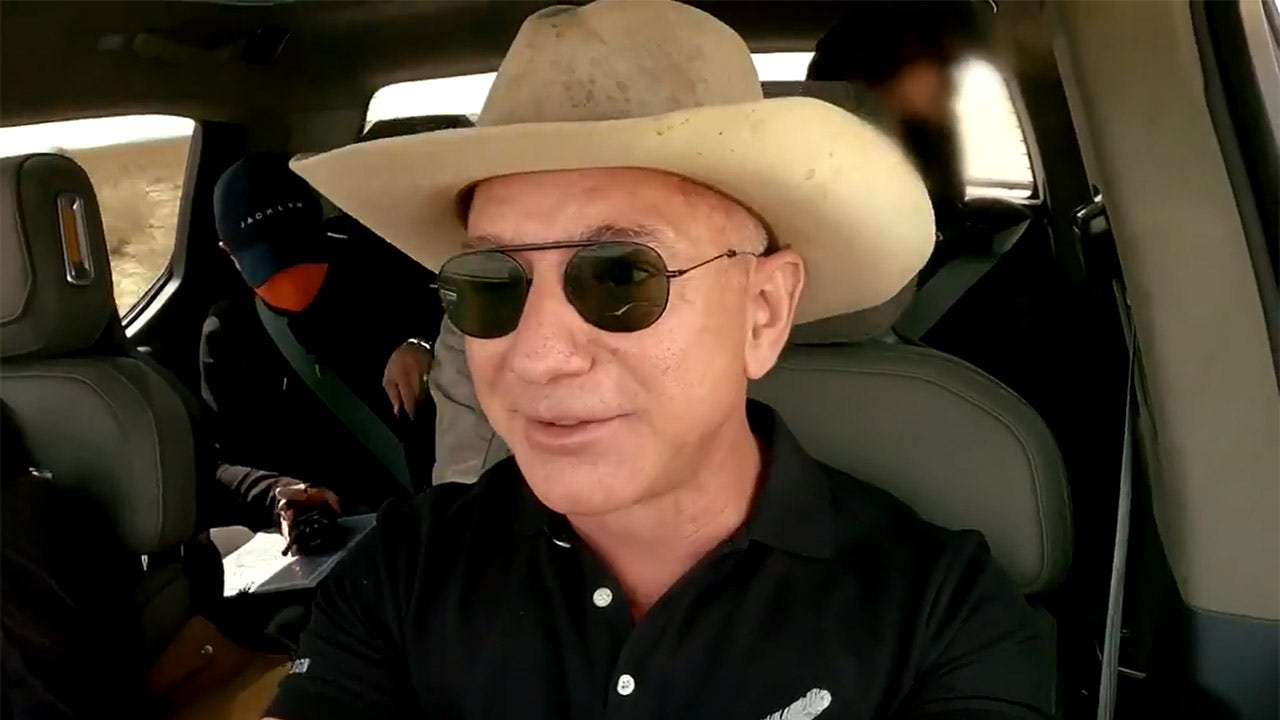 Another day, another billionaire driving an electric pickup truck through Texas.

Bezos, dressed in a cowboy hat, was seen driving a Rivan R1T decorated with the Blue Origin feather logo on a dirt road. The video was posted on social media to promote ticket sales for suborbital tours in New Shepherd, which begin on May 5.

A second Rivian was already at the landing site of the capsule when Bezos arrived, along with a Ford F-150 Raptor.

Bezos’ Amazon is a major investor in Rivian, having participated in several of the start-up automaker funding rounds, which the company estimates at $ 27.5 billion. Ford has also invested at least $ 500 million in Rivian.

Rivian is also building a line of all-electric vans for Amazon, which are currently being tested in several cities. Amazon is committed to buying at least 100,000 of the vans over the next few years, while deliveries of the R1T are set to begin in June.

If this schedule is met, the normal Illinois-built R1T will be on the market at least six months before Cybertruck, although Tesla is not expected to be widely available sometime in 2022.