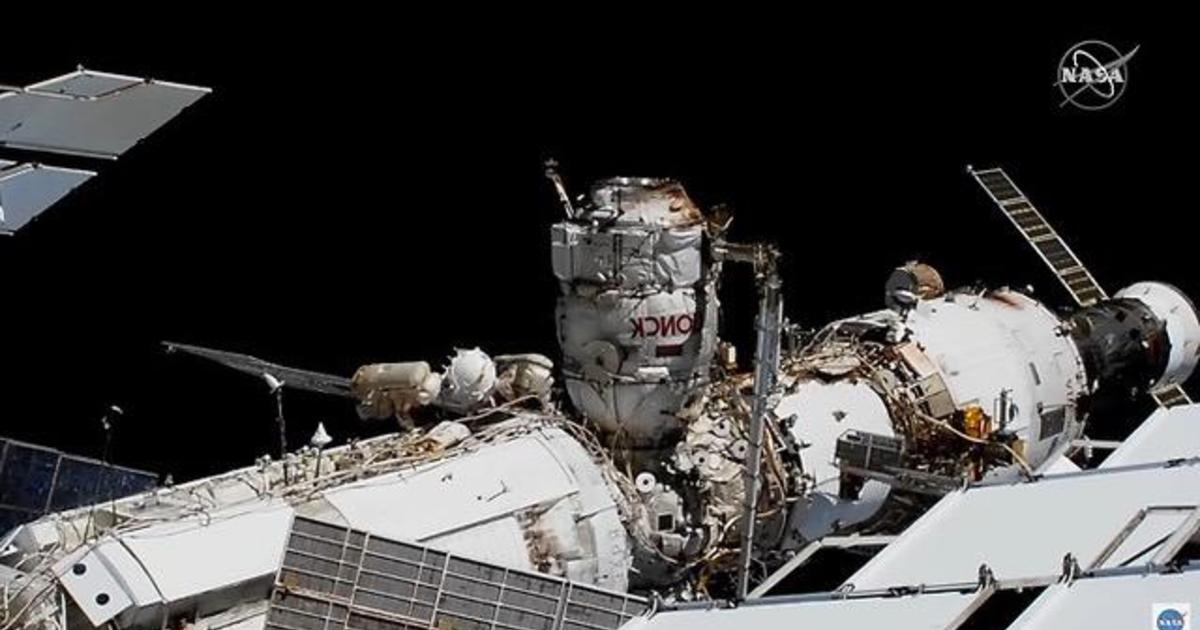 Dressed in bulky spacesuits, two Russian astronauts used the International Space Station’s airlock docking station for the first time on a spacewalk on Wednesday to begin preparations for the nearly identical Pirs module for removal next year. A new laboratory module will later be parked in its place.

How to watch space today

Almost identical to the Pirs, the Poisk was launched almost exactly 11 years ago, on November 10, 2009, and two days later was attached to the top port of the Star module. It has been used many times as a port for unmanned Progress freight carriers and Soyuz ferries, but never as an airlock.

Before going outside, the astronauts spent about an hour making sure that the never-before-used Poisk side hatch could be safely opened and tightly sealed and that the hatch leading to the main part of the station had no leaks when the compartment was closed. at or near vacuum.

Wearing their suits by Orlan, Ryzhikov and Kud-Sverchkov partially reduced the pressure on Poisk for an initial round of leak checks. Kate Rubins, a member of the NASA crew, conducted similar tests from the Russian segment of the station.

The astronauts then took Poisk for a vacuum cleaner, opened the side hatch of space for the first time in the history of the module and inspected its seals for traces of remnants of foreign objects or damage. A spare sealing material is available if necessary, but the inspection found no signs of problems.

They then closed the hatch and conducted additional leak checks before reopening it and surfacing shortly after 11 a.m. to begin the station’s 232nd spacewalk, the eighth EVA station so far this year.

The first item on the agenda was to replace the liquid regulator of the Russian Zarya module, the first component of the station, launched 20 years ago, on November 20.

The astronauts then planned to extract a space science exhibition pallet from materials from the Pirs module and disconnect a telemetry cable. The cable will be reconnected to Poisk, starting the process of ending the use of Pirs as an airlock.

After cleaning a window on the Star module, the astronauts planned to move the missile strike detector and extract an experimental tray that helps engineers assess the effects of micrometeoroids. Their latest task is to photograph the exterior of the Russian segment.

The mysterious celestial object turns out to be a 1960s rocket accelerator developed at NASA’s Glenn Research Center.

Voyager probes detect a new form of cosmic ray erupting from the Sun.