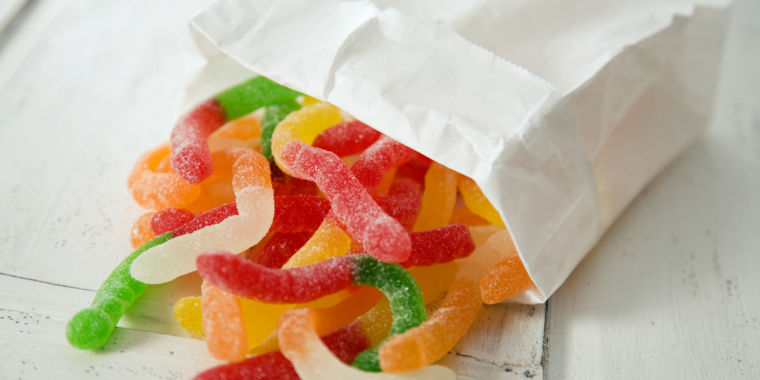 The case began innocently enough: a 40-year-old man arrived at an emergency room complaining of fatigue that had progressively gotten worse over a three-month period.

Doctors ran blood tests that determined that the man was anemic. They also found that he had high levels of white blood cells called eosinophils, which usually indicate an infection or some other type of disease. Last, they noted elevated alkaline phosphatase levels, which could be a sign of liver trouble.

When doctors took abdominal scans, they noted anomalies in the man's bili ducts — the bodily piping that moves around and connects the liver, gallbladder.

Next in their investigation, they decided to perform endoscopic retrograde cholangiopancreatography (ERCP), which is a diagnostic procedure that probes and visualizes problems in the ducts around the small intestines, gallbladder, and pancreas. In the procedure, doctors thread a long, flexible tube with a light source and a camera down a patient's throat, through the stomach, and into the small intestines. Through the tube, doctors inject dye to highlight the ducts on X-rays.

With the camera on, doctors immediately found the source of the problem: Large flatworms were seen spilling out of the duct into the small intestine. They caught one on video and reported it this week in the New England Journal of Medicine.

The doctors extracted some of the worms and identified them as common liver fluke Fasciola hepatica . These are — as the name suggests — common flatworm parasites that typically infect domestic and wild ruminants, often sheep. The worms release eggs into the animals' faeces, which then hatch in fresh-water environments and infect snails. After developing in their snail hosts for a while, free-swimming parasites break free and latch onto fresh-water vegetation, such as watercress. If any unlucky ruminants or humans eat the infected plants, the cycle starts again with the parasites penetrating through the small intestines and invading duct work.

In a man's case, he reported recently emigrating from Mexico, where he worked on a farm and eaten watercress.

The doctors treated the man with a blood transfusion and the anti -parasitic drug triclabendazole, which is specifically used to treat liver flukes. Within a month, his symptoms resolved — though the horrifying video of his flukes would likely haunt others for the rest of time. (Of course, if you want to see more liver fluke action, there's another video here)