Weakened by the trade war, Xi returns to security conference ready to woo Modi and Putin 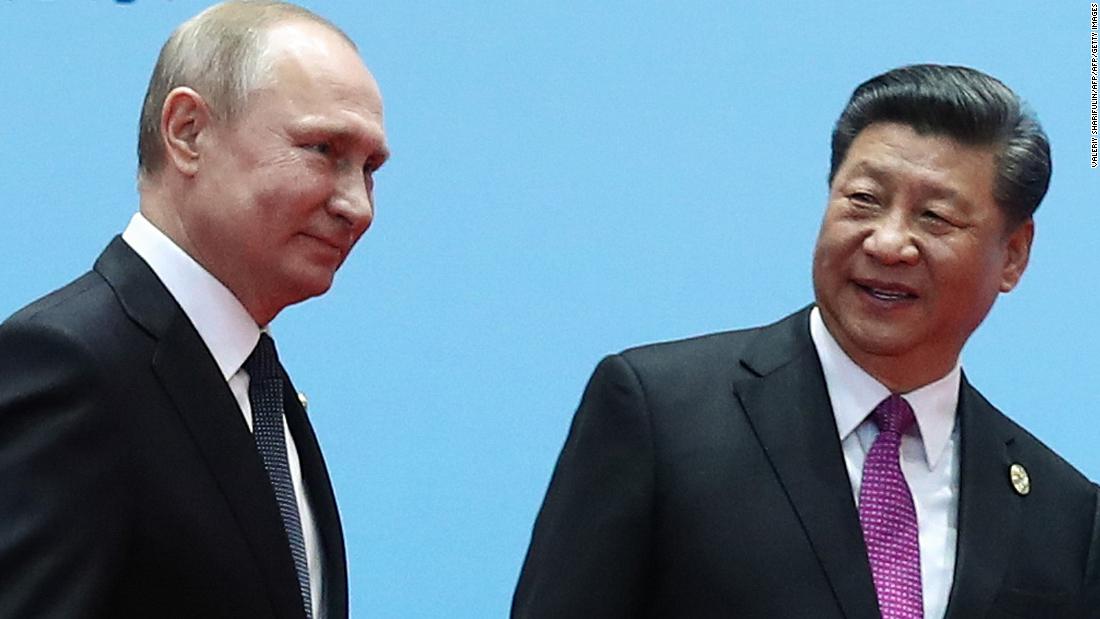 Less than a week later, however, the United States has imposed its first tariffs on tens of billions of dollars of Chinese goods, kicking off what would become a raging global trade war between the world's two largest economies. , Xi returns to the SCO under markedly different circumstances.

Now more than ever, the Chinese leader will need to solidify ties with allies amid an escalating trade war with President Donald Trump's administration and a slowing domestic economy.

In Kyrgyzstan capital Bishkek, Xi is expected to meet his "best and bosom friend" Russian leader Vladimir Putin and a newly reelected Indian Prime Minister Narendra Modi, fresh from his landslide victory in May

While it's reasonable that think Xi will be seeking their endorsement and support, China's relatively diminished position also increases the bargaining power of SCO's other participants

"It gives all those countries the opportunity to see if they can actually get something out of the Chinese, "said Steve Tsang, director of the China Institute at SOAS University of London.

"They see that Xi Jinping probably feels a bit more vulnerable than he was a year ago."

Founded in 2001 as a forum for resolving border disputes in Central Asia, the annual SCO has grown rapidly in both membership and scope.

According to the Chinese state media, its eight permanent members – China, Russia, India, Pakistan and four Central Asian nations – accounts for about half of the global population, and over 20% . "

As a result, the forum has become a key place for members to thrash out security and economic issues in the region.

"If you have an economic decoupling between US and China in a globalized world, you will have more allies on your side than on the other side, even if they are not formal allies but countries that are willing to work with you, "Tsang said.

With China's Putin and Xi's close relationship reaffirmed in Russia this month, Chinese leader will probably turn his attention to Modi
China and India have often had a fractious relationship, almost coming to blows in 2017 over a dispute over their Himalayan border near Bhutan. But in the past two years, in the face of growing pushback from the United States, Xi and Modi have sought to strengthen ties, including meeting for an informal summit in Wuhan in April 2018.

"The Chinese want to see their economic relationship with India grow, especially if they could get the Indians to use Huawei technology for their 5G network, "Tsang said. "It would certainly be very useful for the Chinese government in terms of sustaining Huawei as an alternative to the West."

Earlier this month, Huawei signed a deal with Russia's largest telecom operator, MTS, to develop 5G technologies and launch a fifth-generation network in Russia in the coming year

Unlike in the West where security concerns around Huawei have led to stalled or blocked deals, authorities in India have so far shown little public resistance to involvement of Chinese tech companies in the country's 5G infrastructure.

More broadly, Modi has made it known that he is open to foreign companies investing in India's economy.

Foreign direct investment in India has risen from less than $ 25 billion in 2014 – before Modi took power – to around $ 45 billion in the past fiscal year.

One big success story has been the smartphone industry, which has helped drive and boom in India's digital economy. China's Xiaomi has tripled the number of smartphone plants it has in India in recent years, and is now on its way to taking the top spot in the country's market.

But while China is the largest trading partner in India, their estimated $ 84 billion bilateral trade in 2017/18 was a mere fraction of the $ 600 billion US-China trade volume

Belt and Road [19659011] Many of the members of Beijing's flagship Belt and Road initiative, which aims to export Chinese commerce, goods and influence across the globe, will also attend the SCO, making the event increasingly important to the Chinese government

arm of the Belt and Road, "said Richard McGregor, senior fellow at Sydney's Lowy Institute. "It is a vehicle for the Chinese to secure the hinterlands, as it was, to gain greater military experience and expand their strategic space."

The Belt and Road is the massive infrastructure policy, pioneered by Xi, which seeks to build trade corridors through rail, road and ports between China, Europe, Middle East and the rest of Asia.

Many Central Asian countries have struggled to fully integrate into the global economy following the collapse of the Soviet Union. The China-wide infrastructure investment – including the creation of massive rail lines linking Western Europe and China via Central Asia – has helped strengthen China's ties and promote its position as a reliable regional partner.

"The BRI, now in its sixth year, can bring SCO members to both the 'belt' of security and 'road' to development in the face of rising trade protectionism and economic nationalism to achieve lasting stability and common prosperity, "said state media Xinhua.

The Belt and Road also helps support China's policies in Xinjiang – a far western Chinese region that borders several Central Asian countries – where, according to the US State Department, up to 2 million ethnic Uighurs, Kazakhs, Kyrgyzs and other predominantly Muslim minority groups have been held against their will in massive camps.

In March this year, a prominent human rights activist and China critic in Kazakhstan, was arrested by Kazakh police and charged with inciting ethnic strife, according to his lawyer.

Tsang said Xi is likely to face complaints behind closed doors at SCO in Friday and Saturday from Central Asian countries over their dissatisfaction with the cost of Belt and Road projects, and the mountain debt associated with them.

"The Chinese like to say it is a win win, but it could be a loss for major projects that are not responsible, that the recipient country can not pay , "Tsang said.