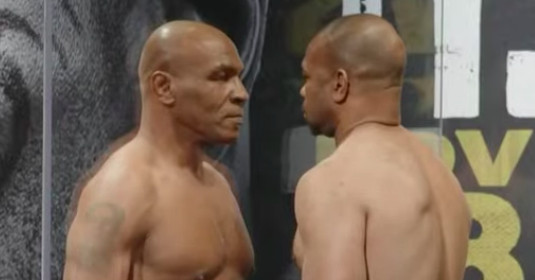 The fight between Mike Tyson and Roy Jones Jr. is now official for Saturday night.

“I am hitting. Everything else depends on Roy. I’m coming to him. He doesn’t have to worry about me. If I run somewhere, I’ll run right at him, ‘said Tyson.

Jones did not want to give up his decisive strategy for the battle.

7;t tell you how to do it. It will probably look wrong, so I know if I try to tell you it will sound wrong, but it will be right, believe me, “Jones said.

Jake Paul had an eight-pound lead over Nate Robinson in the expected side event.

See the results of Tyson’s weigh-in against Jones Jr. below.