What we learned: Dolphins 22, Jaguars 7 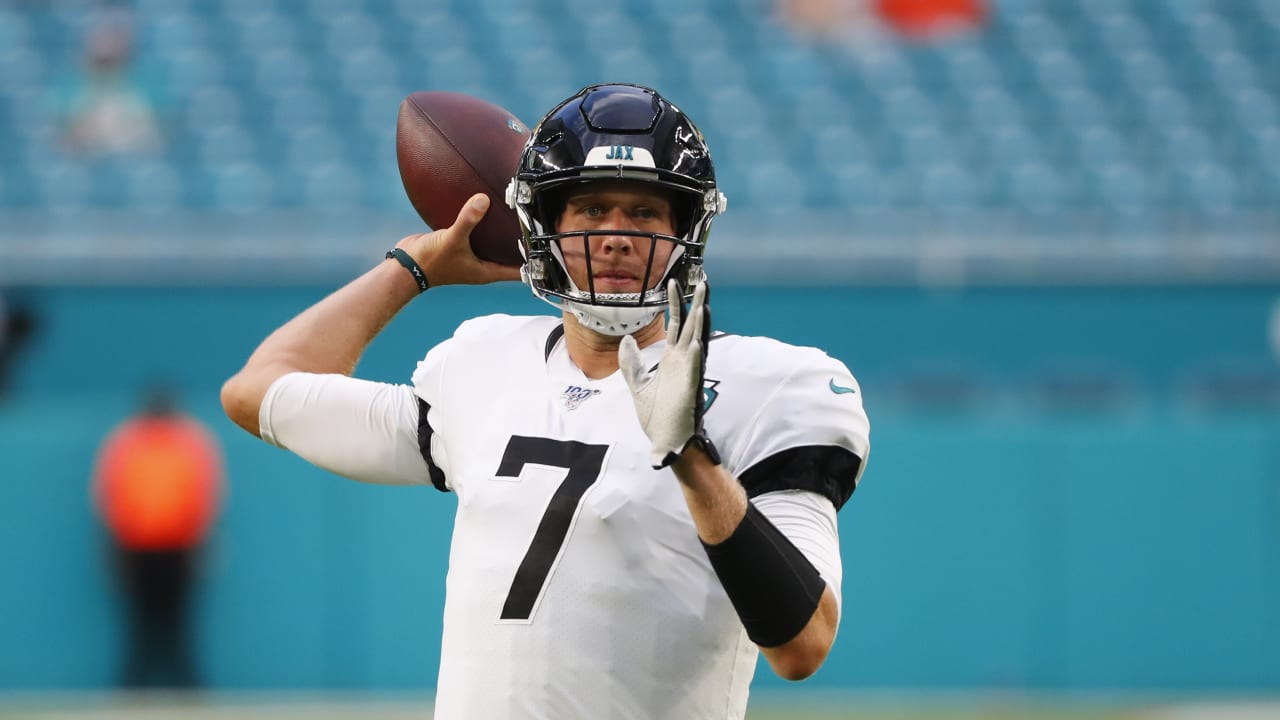 JACKSONVILLE – Senior writer John Oehser examines what we learned from the Jaguars' 22-7 loss to the Miami Dolphins at Hard Rock Stadium in Miami Gardens, Florida, Thursday…

1.The preseason is essentially in the books… The Jaguars' starters are unlikely to play against Atlanta in Thursday's preseason finale, meaning the first-team offense and defense essentially played one preseason quarter – four series each in Miami. That means a lot of analyzing off a few snaps. Such is the nature of the modern NFL preseason.

2…. and confidence is high. Defensive end Calais Campbell: “If we play up to our level, if we could play at the level we are capable of playing, we would probably be a very tough team to beat. This team could be very, very special. This defense could be very special. ”

3.The defense is good. The Jaguars' defense has done much more Thursday to inspire confidence entering the regular season. The Dolphins 'four series against the Jaguars' starting defense produced 1

0 yards, and Miami's lone first down that stretch came on penalty.

4.Josh Allen might be really good… It's hard to remember a Jaguars preseason performance as rookie edge defender Josh Allen turned in Thursday. He had at least four quarterback pressures with two tackles for losses, and seemed to be on every early defensive play. Forget the "only-preseason" caveat. Allen is still dominant every week as it was Thursday, but not for real.

5. … Well, we mean really good. Linebacker Myles Jack on Allen: “He’s a hell of a talent. … He’s a dog, and excited to see him grow throughout the season and continue to get better. With him surrounded by guys like Yannick [Ngakoue] and Calais, going to be scary. ”

6.The Jaguars are going to show new looks defensively. The Jaguars opened Thursday in a 3-4 scheme featuring Ngakoue and Allen at outside linebacker with Campbell and tackles Taven Bryan and Abry Jones on the line. Look for the Jaguars to go all 3-4 all-time, but not clear they plan to take the advantage of talent up front and on the edge.

7.Foles says ready. The four series Jaguars starting quarterback Nick Foles and the starting offense played Thursday representing the unit's only action of the 2019 preseason. He completed 6 of 10 passes for 46 yards and the Jaguars ice to a touchdown on their third series. He left no doubt after the game he likes the state of the starting offense as the regular season approaches.

8.Minshew is improving… The rookie backup quarterback looked improved for a second consecutive week. There seemed much spectacular here Thursday, but he got the ball out quickly and appeared to make good decisions. All good signs.

9. … And so is Cooke. Second-year punter Logan Cooke averaged 47 yards on six punts and has four inside the 20. He has drawn praise from Head Coach Doug Marrone in recent weeks and looks significantly improved from last season.

10.Westbrook is a go-to receiver. Third-year wide receiver Dede Westbrook caught four passes for 29 yards and a touchdown and Foles targeted him seven times. Foles no doubt will spread the ball around more than that, but the confidence he has in Westbrook is obvious.

11.The starting offensive line is healthy… Left tackle Cam Robinson, left guard Andrew Norwell, center Brandon Linder , right guard Will Richardson and right tackle Jawaan Taylor started Thursday. Week 1 has started together. The most positive news in this area was that Robinson – who missed the last 14 games of last season with a torn anterior cruciate ligament – played. He left the game after six plays – as planned – and said afterward he felt fine while he played.

13.Depth remains an issue. After expressing worry about depth after a preseason-opening loss to Baltimore, Marrone expressed the same concern after the loss to Miami. His focus on Thursday was on the offensive line, where backup Cedric Ogbuehi sustained a hamstring injury shortly after Robinson left the game. Third-team left tackle Leonard Wester allowed a pressure soon thereafter, forcing Foles to throw an interception early in the second quarter. "We don't have much depth and if I get hurt, I'm in trouble," Marrone said. “I think obviously we're trying to develop depth on this team, and obviously you see that we have a long way to go with that. I feel better about the starters. ”

14.Leonard Fournette looks ready. This was almost overlooked Thursday with so much attention on Foles and the defense. But Fournette rushed for 27 yards on seven passes and caught two passes for 19 yards in a little more than a quarter. He also seemed to be stronger later in the first quarter. Considering the running game can take time to find a rhythm during a game or a season, not surprisingly this area seems dominant. But Fournette looking strong in his lone preseason action is a good sign.